Black Illinoisans founded independent churches that became anchors for their communities and foundations for protest. The earliest Black churches in the state were located in southern Illinois, where African Americans lived across the border from the slave states of Missouri and Kentucky.1 African American communities used their churches not only as places of worship, but as shelters for fugitive slaves, spaces for schools and political meetings, and sites for celebrations and fundraising. Most Black Illinoisans in this era identified as Methodist or Baptist.

The African Methodist Episcopal (A.M.E.) Church is an independent Black denomination founded in Philadelphia in 1816. The organization sent traveling ministers to establish new churches everywhere they could, including west of the Appalachian Mountains in what is now known as the Midwest.

Priscilla Baltimore is credited with organizing the first A.M.E. church in Illinois. Born enslaved in North Carolina, she migrated to St. Louis, where she managed to purchase her freedom and that of family members. By the mid-1820s, she and her husband had moved across the Mississippi River into Illinois, helping to found a Black town known as Freedom Village. They held Methodist meetings in their home, and the congregation later built a church of logs and established the Brooklyn A.M.E. church.2 Though some historians claim the A.M.E. Church in Alton was the first in Illinois, Priscilla Baltimore is often celebrated for “the organization of the African ME Church in the West.”3 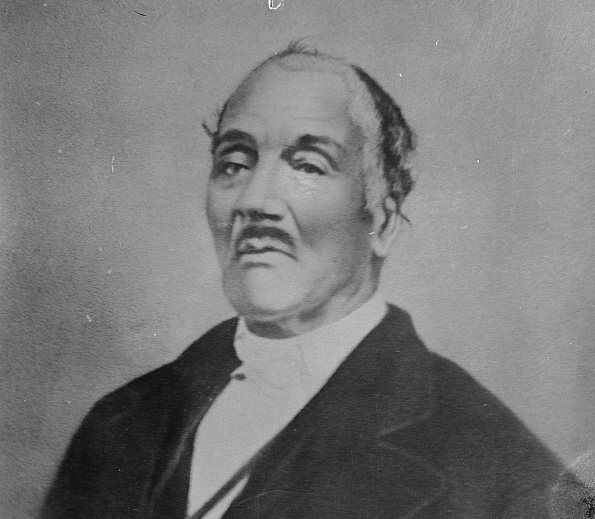 Black men and women of Chicago formed an A.M.E. community about twenty years later, in 1844, meeting in the barbershop belonging to Abram T. Hall. It took time to raise money to build a church, so early church services were held in the homes of Black Chicagoans. Among the people who hosted those early meetings were John Day and Maria Parker. The group formally joined the A.M.E. Church in 1847, when it inaugurated Quinn Chapel, named after Bishop William Paul Quinn, who had traveled throughout the Midwest establishing A.M.E. churches. During the 1830s and 1840s, Black Illinoisans organized A.M.E. Churches in many more towns including Alton, Peoria, Springfield, and Quincy.4 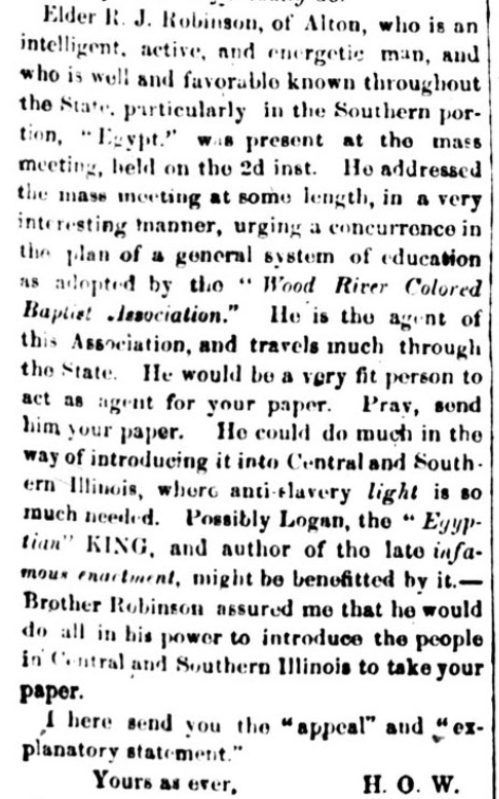 When the nineteenth century began, African American Baptists mostly worshipped within white-led churches, where the leadership often looked down on them and prohibited them from becoming ministers. Over time, many Black Baptists separated from white organizations and formed their own churches and, later, regional associations.5

In April of 1839, Richardson, along with representatives of other independent Black Baptist churches, gathered at the home of Samuel Vincent to form a larger association. Calling itself the “Colored Baptist Association and Friends to Humanity of Illinois,” the group consisted of preachers and laypeople from the Union Baptist Church of Alton, Salem Baptist Church of Ogle Creek, and the Mt. Zion Baptist Church of Ridge Prairie, all of which lined the Wood River near Alton, Illinois.6 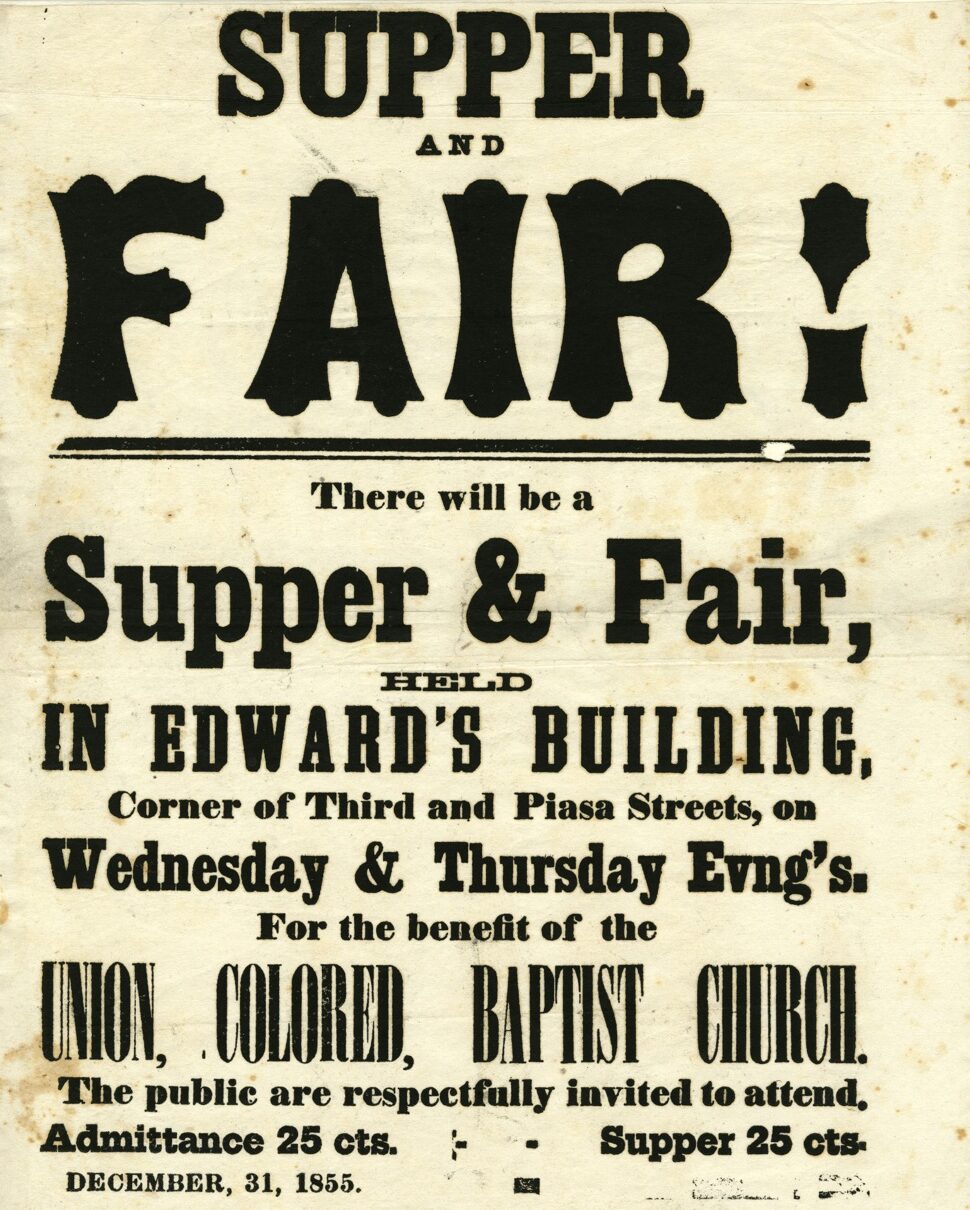 Members of the new association held their first meeting at Mt. Zion Baptist Church in September 1839. By the time it was ten years old, the Colored Baptist Association had grown from three churches to fourteen. In addition to building ties among churches, the Colored Baptist Association promoted temperance, established schools, and demanded justice in school funding from the state legislature.7

In the early 1850s, the association renamed itself the Wood River Colored Baptist Association. Over time, the group adopted orderly processes and structures. Its leaders created a written constitution, appointed special committees, elected officers, and published the minutes of their meetings. Through such church-based practices, northern African Americans developed an institutional culture that resonated with the Colored Conventions Movement.8

The association became extremely influential in African American religious and political life in Illinois. In 1853, one of its organizers, Rev. Robert J. Robinson of Alton, helped Black Chicagoans establish their own Baptist church.