In 1853, when delegates gathered for the first statewide convention of African Americans, Chicago was on its way to becoming a center for Black life and activism.

Chicago was a young city. Two decades earlier, in 1833, the U.S. government signed a treaty with the Odawa, Ojibwe, and Potawatomi people. The treaty required Native people to give up their claims to northern Illinois, as well as lands in Wisconsin and Michigan. In this way, it opened the door to the city’s extraordinary growth as a commercial center.

While most of Chicago’s early settlers were white, Black people arrived as well. In 1837, a census counted seventy-seven people of African descent, less than 1% of a population totaling just over 4,000. The Black population grew rapidly, as new migrants arrived and children were born. In 1848, a local census counted 288 Black residents. Arriving mainly from slave states including Missouri, Kentucky and Tennessee, Black Chicagoans bought property and built homes, churches, and businesses in the 1840s and 1850s.1

In Chicago, men worked as teamsters, sailors, day laborers, barbers and preachers. Women operated mills, ran boardinghouses, and took in laundry, all while laboring in their own homes. Henry O. Wagoner was born free in Maryland and migrated to Chicago in 1846. After working briefly as a typesetter, he opened a produce store and food preparation business. He recalled that Chicago in those days was “the most phenomenal city on this planet.”2

Some Black migrants managed to accumulate property and wealth in the fast-growing city. John and Mary Jones arrived in Chicago in 1845 with only $3.50 and made their home in a one-room house and barbershop on Madison Street and Fifth Avenue. Within a few years, John had a busy tailoring and cleaning business at 119 Dearborn. He became a prominent activist, heavily involved in the Colored Conventions movement and the Underground Railroad. By 1870, he had amassed $30,000 in real estate and $10,000 in personal property.3

Henry O. Wagoner and his wife, Susan M. Lyons, settled on Dearborn Street, where they operated a produce depot and mill. In 1860, before the family relocated to Colorado, Wagoner owned $2,600 of personal property.4

Other African Americans also managed to prosper in Chicago. Martha and James Blanks ran a boarding house that became well-known among ministers. Their wealth grew from $900 in real estate in 1850 to $7,000 twenty years laters. Isaac Atkinson and wife, Emma, owned $8,000 in real estate and $1,000 in personal estate by 1870. Atkinson was an omnibus driver turned railroad conductor.5 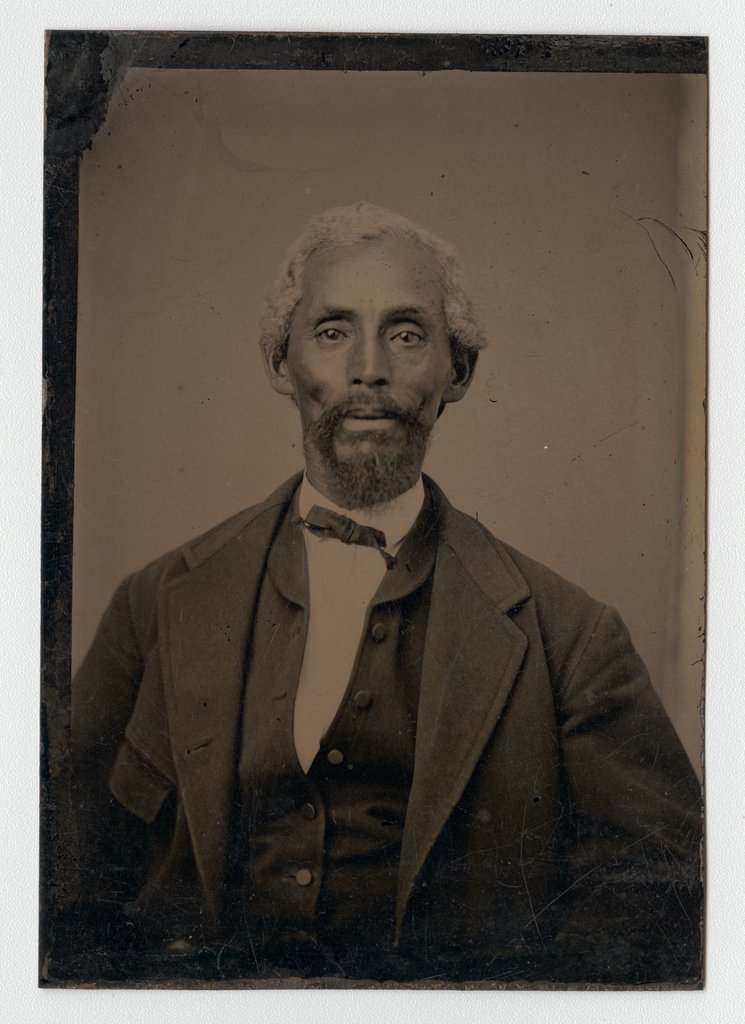 Tintype Portrait of Issac Atkinson, circa 1860-1929​
Issac Atkinson and his wife Emma were one of the first Black families to migrate to Chicago. (Source: Chicago History Museum, ICHi-021952) 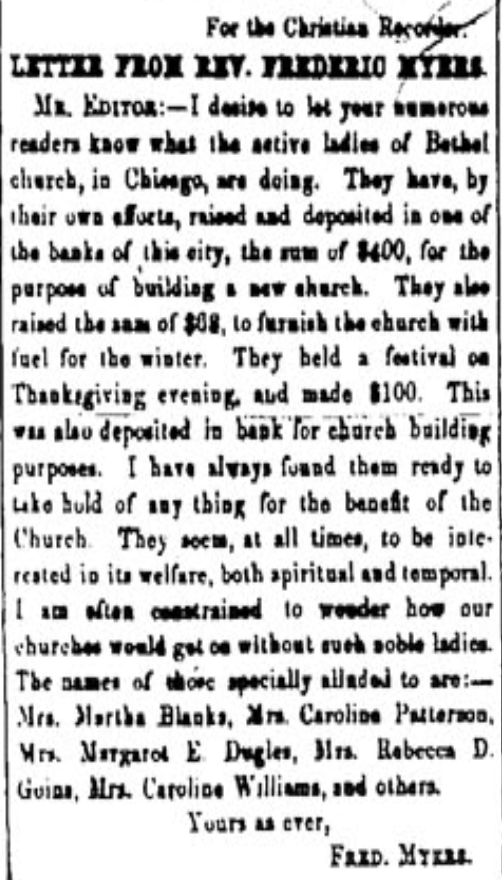 In addition to starting businesses, Black men in Chicago organized fraternal organizations, starting with the Knights of Tabor in 1855. They also founded a Masonic lodge (which was later named after John Jones), and branches of the Order of the Good Samaritan and the Order of Odd Fellows. In 1858, Rev. John B. Dawson organized and served as president of the Colored People’s Saving Institution of Chicago, which met at Quinn Chapel A.M.E. Church.6

Black women were organizing too, with activities centered around both activist work and mutual aid. By 1852, some had formed the Chicago Mutual Protection Society, which raised funds to aid fugitives from slavery. The organization’s president, Ailey Maria Richardson Bradford—sister of Alfred H. Richardson and Mary Richardson Jones—contributed $10.00 on behalf of the society to help Black families in Christiana, Pennsylvania, where dozens of abolitionists were imprisoned after an effort to rescue fugitives from the hands of slavecatchers. Two years later, Anna Simpson organized the Daughters of Union, a benevolent society. Black women established the Daughters of Samaria lodge in 1859 for the purpose of “the moral elevation and advancement of the people of color.” Following John Brown’s raid on Harpers Ferry that year, African American women held a festival at Mechanics’ Institute Hall to raise funds for the families of the “heroes” killed on the scene and those subsequently executed. Sattira Douglas acted as president of the organizing committee and Susan M. Lyons Wagoner was treasurer.7

Black Chicagoans lived with insecurity, not knowing whether—and when—members of the white community might turn against them. Yet many leading activists had close working relationships with progressive white Chicagoans. The community was relatively safe compared with Black communities in other parts of the state. They knew this, which is why they led the charge against the black laws in 1853.