James Henry Johnson was a prominent minister, organizer, and farmer in the Alton area. He helped establish numerous independent Black Baptist churches and participated in the movement to repeal the Illinois black laws.

Johnson was born in Albemarle County, Virginia. His mother was an enslaved woman named Celia. It’s not certain who his father was, but early in life James and Celia were enslaved by the Coles family, white Virginians who migrated to Illinois. Edward Coles, a member of that family, became Governor of Illinois and was well known for freeing the enslaved people he owned when he arrived in the state.1

James and his mother, Celia, lived and worked in Missouri for a while. In 1834, their enslaver at the time, a man named John Johnson, wrote a will in which he declared that he wanted James and Celia to become free. Two years later, the mother and son purchased their freedom from John Johnson’s sons for $500.2

While in Missouri, James met Eleanor Madden, an enslaved woman who, like him, became free in 1836. The pair married and, before long, purchased land in Illinois. While in Missouri, the Johnsons were associated with a white-led Baptist church, Mt. Zion. White Baptist missionaries visited the congregation and urged the Johnsons to move to Illinois and help spread the Baptist faith among African Americans.3

The Johnsons moved to Illinois around 1840, and in 1850, James purchased eighty acres of land and started Oak Leaf Farm, northeast of Alton, Illinois. On their farm, the Johnson family grew corn, raised livestock, and cultivated food crops for themselves.4

The Johnson family became deeply embedded in the African American community around Alton. James helped found several Baptist churches and served as pastor for Salem and Union Baptist churches. By the late 1840s, he was active in the Wood River Colored Baptist Association, the regional organization of Black Baptist Churches that became an incubator for activism against Illinois’s black laws.5 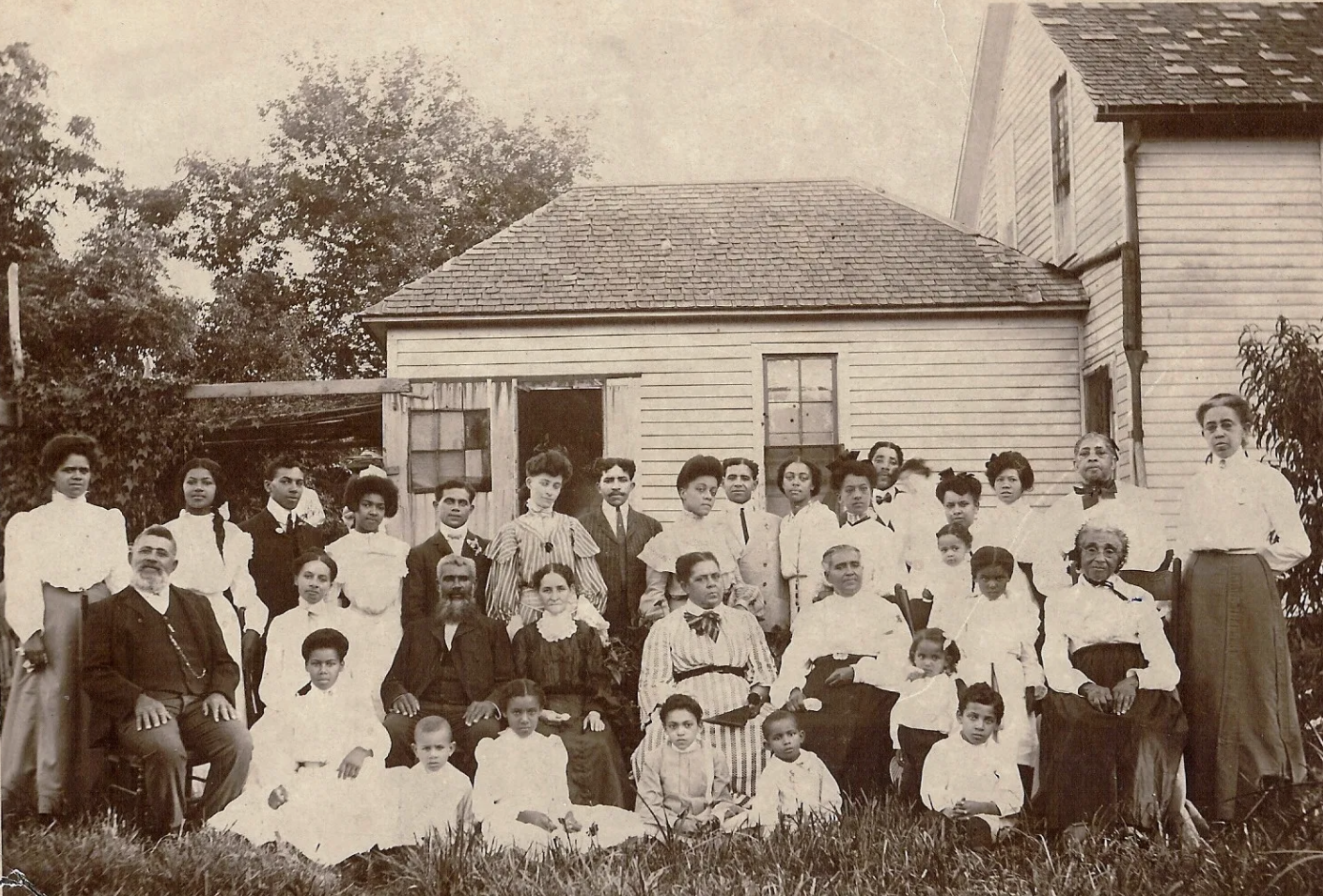 Perhaps inspired by the growing movement against the Illinois black laws, in August of 1853, Johnson convened with dozens of others on the farm of F. Darach to discuss “the improvement of the condition of our people, by securing to our children the means of becoming educated” and “to promote a taste for farming, the most noble and honorable of employments.” Johnson initially chaired the meeting and was then elected president.6

James Henry Johnson helped fuel the movement against the Illinois black laws. Though he did not attend the 1853 convention in Chicago, three years later he represented Madison County at the second statewide convention, which was held in Alton.  There, he was appointed a secretary and a member of the Agriculture Committee, and he was nominated by John Jones to serve in the newly formed State Repeal Association as commissioner for the southern portion of the state. The Repeal Association’s aim was to persuade the state legislature to eliminate the state’s racist laws and to “obtain for the colored people of Illinois all the rights and immunities of citizenship” by “holding public meetings, delivering lectures and circulating petitions.”7

By 1863, the year that James Henry Johnson passed away at his home, the farm had expanded to 200 acres valued at $2,500. His family continued farming. Four generations of Johnsons lived on the farm after James’ death. In the early 21st century, it was one of the oldest farms in the country continuously owned and operated by an African American family.8