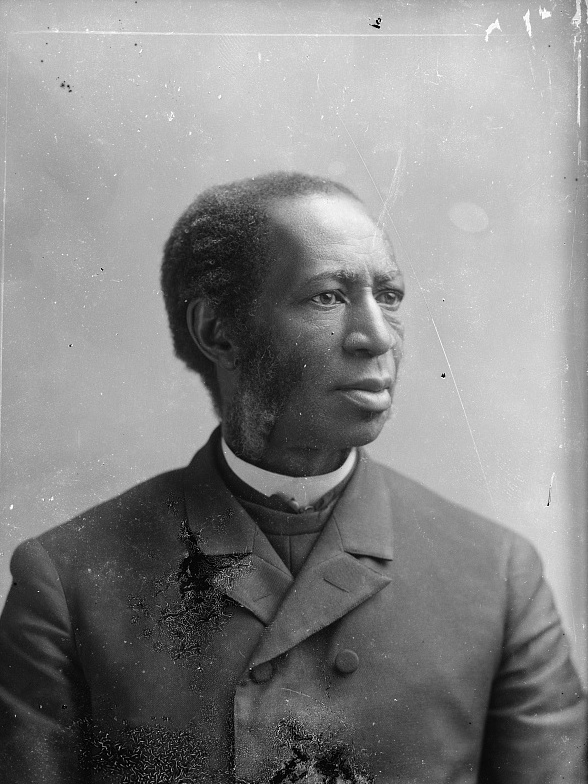 “We ask only to be included.”

— Richard H. Cain, “Address of the State Convention to the White Inhabitants of the State of South Carolina,” Chicago Tribune, Dec. 2, 1865.

Richard Harvey (R.H.) Cain is well-known as a prominent A.M.E. minister and member of the U.S. House of Representatives during Reconstruction. Far less familiar is his leadership in Illinois during the 1850s.

Cain was born in 1825 in Greenbrier County, Virginia, to an African American father and a Cherokee mother. His parents moved the family to Gallipolis, Ohio, in 1831. Cain attended Sunday School classes and eventually found work on Ohio River steamboats. At age nineteen, he decided to enter the Methodist ministry and was assigned to preach in Hannibal, Missouri.1

In his mid-twenties, Cain decided to leave the white-led Methodist Church and join the African Methodist Episcopal (A.M.E.) Church, citing frustrations with white Methodists’ segregationist practices. In the 1840s, as the A.M.E. Church grew in Illinois, Cain moved to Galena, a town on the Mississippi River in the state’s far northwestern corner. There, he worked as a barber.

On September 17, 1853, the Galena A.M.E. Church, which had been founded ten years earlier, hosted a meeting to discuss Black Chicagoans’ call for a statewide convention. The meeting selected Cain, Alfred Richardson (a prominent Baptist), and several others to serve as delegates to the convention.2

At the Chicago convention, Cain served on the education committee. He also attended the first meeting of the Illinois Council, which convened in Chicago in January 1854 to advance the goals of the statewide convention. Back in Galena in 1855, he was one of several men who met in Richardson’s home to form the Order of Twelve, of Knights of Tabor, a mutual aid society whose founder, Moses Dickson, was also working to foment a massive uprising of enslaved people across the South.3 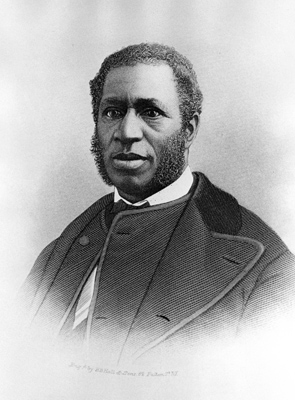 Richard H. Cain became an A.M.E. pastor in Muscatine, Iowa, before returning to Ohio to attend Wilberforce University starting in 1860. He soon moved to Brooklyn, New York, where he served as pastor at Bridge Street Church. In 1864 he was a delegate to the national Black convention in Syracuse.4

Soon after the Civil War, the A.M.E. Church assigned Cain to the Emmanuel Church in Charleston, South Carolina. The church had been founded decades earlier, but white Charlestonians had broken it up after some of its members were believed to have plotted an uprising among the enslaved. Now Cain had the chance to revitalize the church, and he did so. He not only worked as a pastor but also founded the South Carolina Leader newspaper, where he hired Robert Elliott and Alonzo Rainier as associate editors. All three men would go on to serve in the U.S. House of Representatives.5

Cain was elected to the South Carolina Senate in 1868 and began to earn the nickname “Daddy Cain” for his staunch advocacy of racial justice. After unsuccessfully seeking the nomination for lieutenant governor of South Carolina, he won an at-large seat in the U.S. House and was sworn into the 43rd Congress.6

In Washington, D.C., Cain continued to advocate for justice for African Americans, delivering major speeches in support of federal civil rights legislation. He criticized colorism among white and Black people, occasionally supported Democratic candidates for office, and called for violent retaliation against the Ku Klux Klan. After Cain left Congress, the A.M.E. Church made him a bishop. He ultimately returned to Washington, D.C., where he passed away on January 18, 1887, at age 61. Cain’s life reflects the many connections between the antebellum Black convention movement and postwar Black political leadership.7