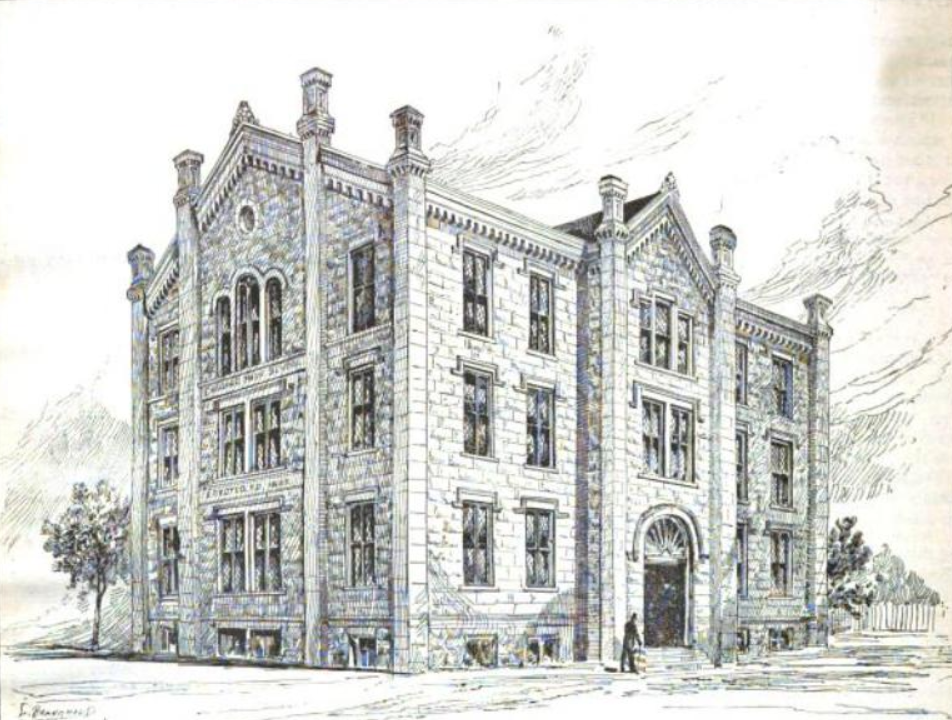 Chicago High School
(Source: A. T. Andreas. “History of Chicago: From the Earliest Period to the Present Time vol I” (Chicago: A. T. Andreas, 1884), 218. Courtesy of Wikimedia Commons.)

Mann was likely born in the 1840s. Although her ancestry remains murky, it is possible that she was the daughter of Isaac Mann, a Virginia-born African American barber, and Martha Mann, who was born in Illinois. Mary Mann attended Dearborn Elementary School, located on the corner of Madison and Dearborn Streets, with the rest of the children in her neighborhood—both white and African American. After graduating, Mary applied for admission to Chicago’s only public high school.1

The co-educational high school opened in 1856 in a large, ten-room building on Monroe Street near Halsted. The school was selective. To be admitted to the two-year program that prepared young women for teaching, applicants had to take an entrance exam and earn qualifying scores in four different subjects: mathematics, history, geography, and grammar. Mary took the exam, earned qualifying scores, and applied for admission in 1861.2 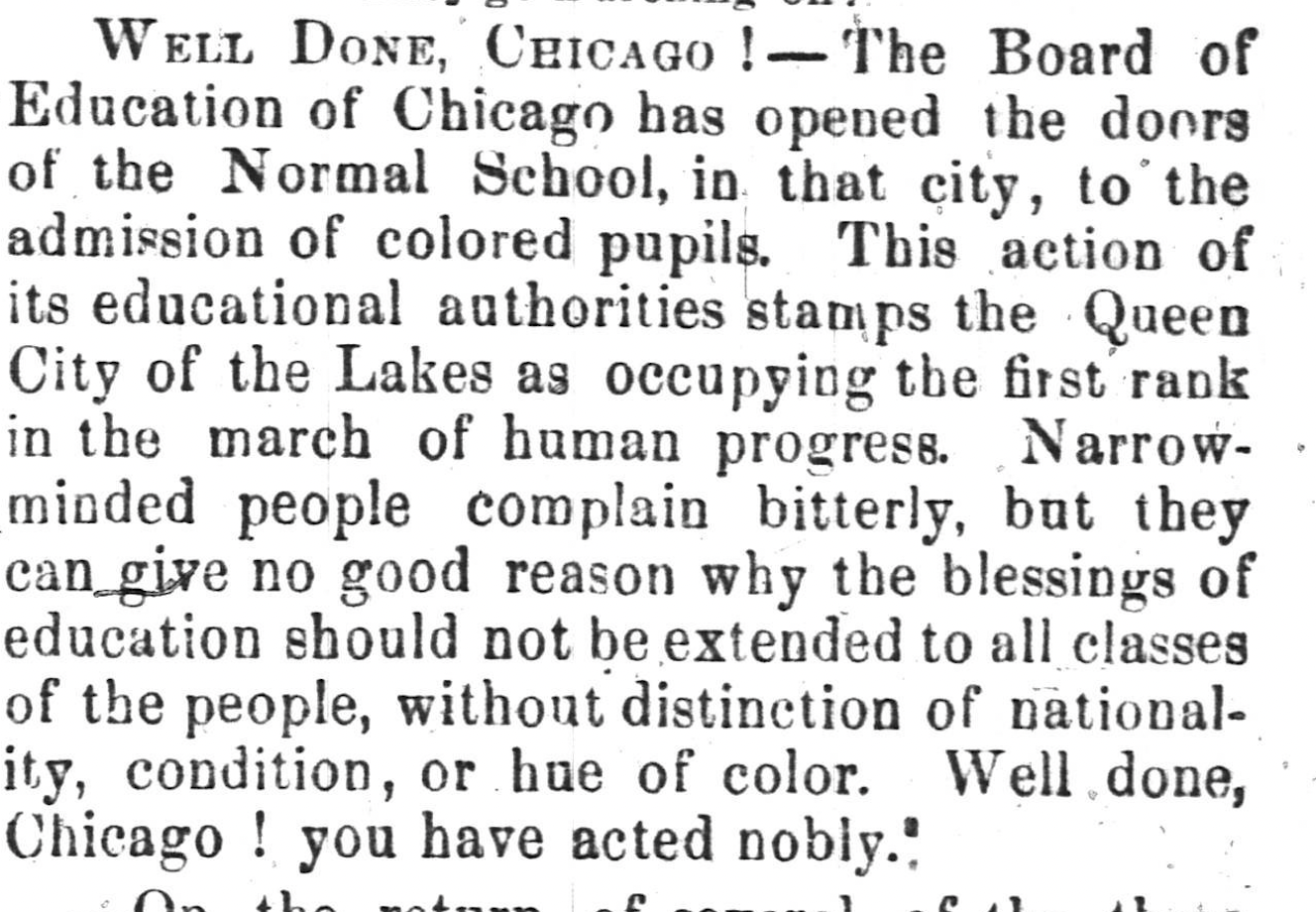 The Board of Education rejected her application, igniting a debate both in public and among members of the Board of Education. She was finally granted entry to the school in July 1861, after John Wentworth, a Republican board member, pushed for her admission. Frederick Douglass praised city authorities in his magazine, exclaiming, “Well done, Chicago! you have acted nobly.” Mary completed the two-year teaching program in 1863, graduating tenth in her class of twenty-two. That summer, the Board of Education hired her as principal of the newly created separate school for African American children, and she remained in that job during the school’s two-year existence.3

Mary Mann was the first African American to apply for and gain admission to a public high school in Chicago, the first to graduate from one, and the first to earn an appointment (either administrative or instructive) at a public school in Chicago. When activist organizing paid off and a new city charter closed down the segregated African American school, Mary continued to work as a teacher.4