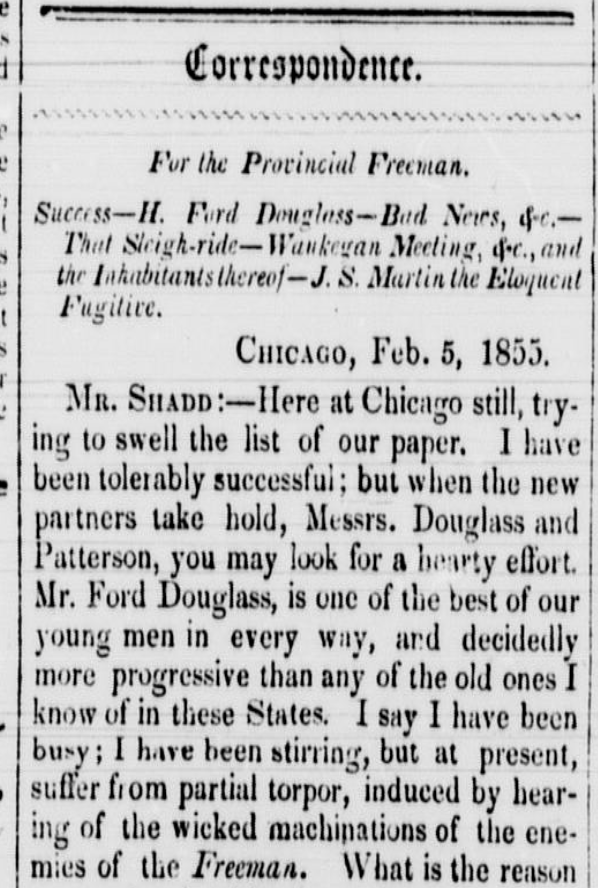 “Mr. Ford Douglass, is one of the best of our young men in every way.​”

Hezekiah Ford Douglas, commonly known as H. Ford Douglas (alternatively spelled Douglass), fought for freedom and equality for much of his life. Douglas was born enslaved in Virginia in 1831. Evidence about his early life is thin, but historians believe his father was a white man named William Douglas, and his mother was an enslaved woman who is known in the records only as Mary.1

Douglas escaped bondage when he was fifteen, fleeing to Cleveland, Ohio. There he became politically active and served as a delegate to the Black convention that met in Columbus in 1850. Although he was still very young, convention leaders recognized his talents as an orator and nominated him to serve as a lecturer for Black men’s voting rights. By 1852, Douglas had arrived at the view that the Constitution was a racist, proslavery document and that Black people should leave the United States if they could.2 African Americans, he argued, should emigrate to places where they could live peacefully and control their own destinies.

Douglas moved to Chicago around 1854 and resided there until early 1856, when he became a proprietor, with Mary Ann Shadd, of the Provincial Freeman, a newspaper established in Canada by Samuel R. Ward, who had also escaped from southern slavery. The paper urged both antislavery and emigrationist principles, and for a while, Douglas remained enthusiastic about Canada as a place where Black people could be free.3

In November 1856 Douglas attended the second statewide Black convention in Illinois, which met in Alton. There, he was among the signers of a powerful “Declaration of Sentiment and Plan of Action.” The declaration condemned racism and oppression and announced the organization of a  “Repeal Association” that would raise money and send traveling agents throughout the state to organize people, Black and white, to demand repeal of the state’s racist laws.4 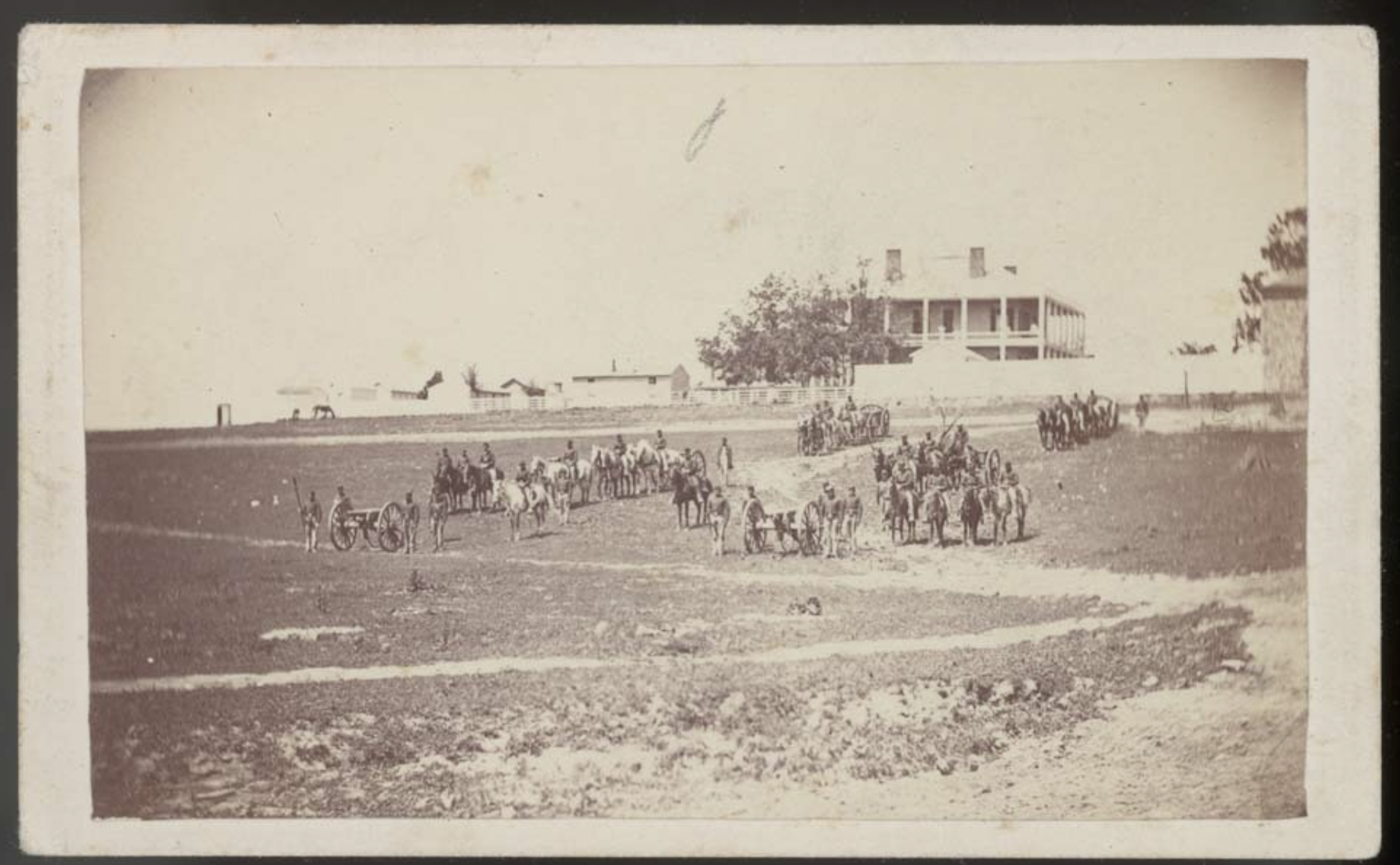 Douglas married Sattira Steele in Racine, Wisconsin, in 1857, and the couple moved to Chicago the next year. By then, the emigration movement had fragmented and the Douglases were disillusioned with prospects for Black people in Canada. Still, Ford Douglas remained active in politics, traveling to New England to attend an antislavery convention in 1860. In an address there, he severely criticized the Republican Party and its presidential nominee, Abraham Lincoln, for not taking a strong enough stand against slavery.5

In 1861, Douglas was in Chicago working to promote emigration to Haiti. He planned to visit the island nation, but when the Civil War began that spring, he decided to fight. On July 26, 1862, in Belvidere, Illinois, Douglas enlisted as a private in Company G of the Ninety-Fifth Regiment of the Illinois volunteer infantry. He was mustered into the U.S. Army at Camp Fuller in Rockford several months later. The Ninety-Fifth was a white regiment, and everyone understood that Douglas, who was well-known and had helped organize the unit, was Black. Still, Douglas served with the regiment for ten months, spending most of the time in Louisiana. He reported at one point to Owen Lovejoy, an Illinois politician: “Although I am respected by my own regiment and treated kindly by those who know me, still there are those in other regiments . . . who have no regard for my feelings simply because I have the hated blood coursing in my veins.”6

In April 1863, after President Lincoln issued the Emancipation Proclamation and the government began forming Black regiments, Douglas had the chance to work with the U.S. Colored Troops. He wanted to be commissioned as an officer to a Black regiment, but the Army appointed only white men to such positions.

In the summer of 1864 he moved to Kansas to recruit Black men who would serve in a light artillery unit. By then his wife, Sattie, was in Leavenworth working as a teacher of freedpoeple. Ford Douglas finally received an officer’s commission, initially as a first lieutenant and then as a captain. His unit was mustered into U.S. service in winter 1865, but the war ended soon after. After he was released from service in July 1865, Douglas opened a restaurant in Atchison, Kansas. He had contracted malaria while serving in the Army, and he died in Leavenworth on November 11, 1865. He was just thirty-four years old.7