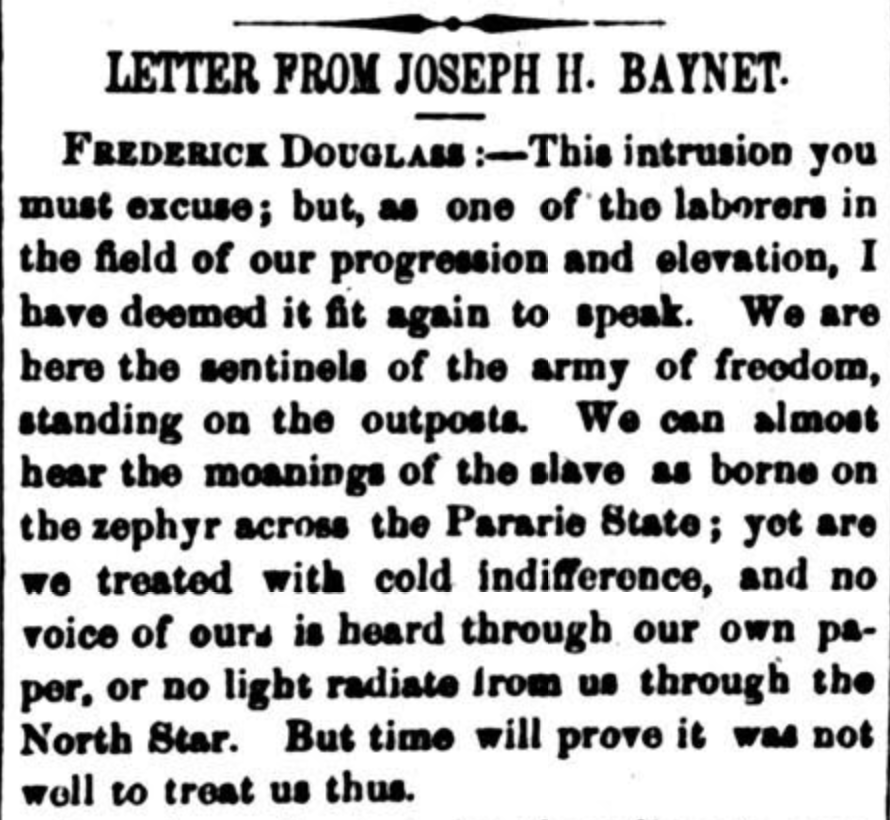 “We are here the sentinels of the army of freedom…”

One of the more outspoken Illinois Black activists in 1853 was Joseph Humphries Barquet, a native of South Carolina. Born into a free family in Charleston on September 10, 1823, Barquet grew up as part of the gens de couleur libre class. This was a community of mixed-race and relatively well-off free families who enjoyed more rights than enslaved people but still faced widespread racial prejudice. Barquet’s father, an immigrant from Saint-Domingue, and mother, the daughter of a wealthy Scotsman, owned their brick home on Meeting Street in Charleston, where the family operated an umbrella-making business.1

In 1846, Barquet enlisted as a soldier in the war against Mexico. He participated in the capture of Mexico City and then returned briefly to Charleston before migrating to New York City and then to the Midwest. In August 1850, he lived in Cincinnati, Ohio, working as a bricklayer, and by October he had moved to Milwaukee, Wisconsin, where he evidently began his career as a speaker and activist. In October 1850, soon after Congress passed the Fugitive Slave Act, Barquet spoke out against slavery and the injustices faced by free Black Americans. His speech called for radical resistance. “If your liberty is worth having, it is worth a life to preserve it,” he proclaimed. “We are Americans by birth.”2

Soon after, Barquet became a prominent member of Chicago’s Black activist network. He served as secretary of a December 1851 meeting at Quinn Chapel, where Chicago’s Black residents raised funds to aid fugitives from slavery in Pennsylvania who were being prosecuted for resisting the Fugitive Slave Act. He was also secretary of a December 1852 meeting at which Chicago African Americans called for “a union of sentiment and concert of action, on the part of the colored people, and friends.” Barquet drew special admiration from Henry O. Wagoner, who praised him as “sarcastic, witty, vehement, literary, instructive, and, at times, truly sublime; and, therefore, well calculated to interest an audience.”3

At the 1853 Colored Convention in Chicago, Barquet served as a delegate from Cook County and secretary. That year, he married a woman named Maria, who had been born in Pennsylvania, and the young family soon moved to Galesburg, Illinois.4 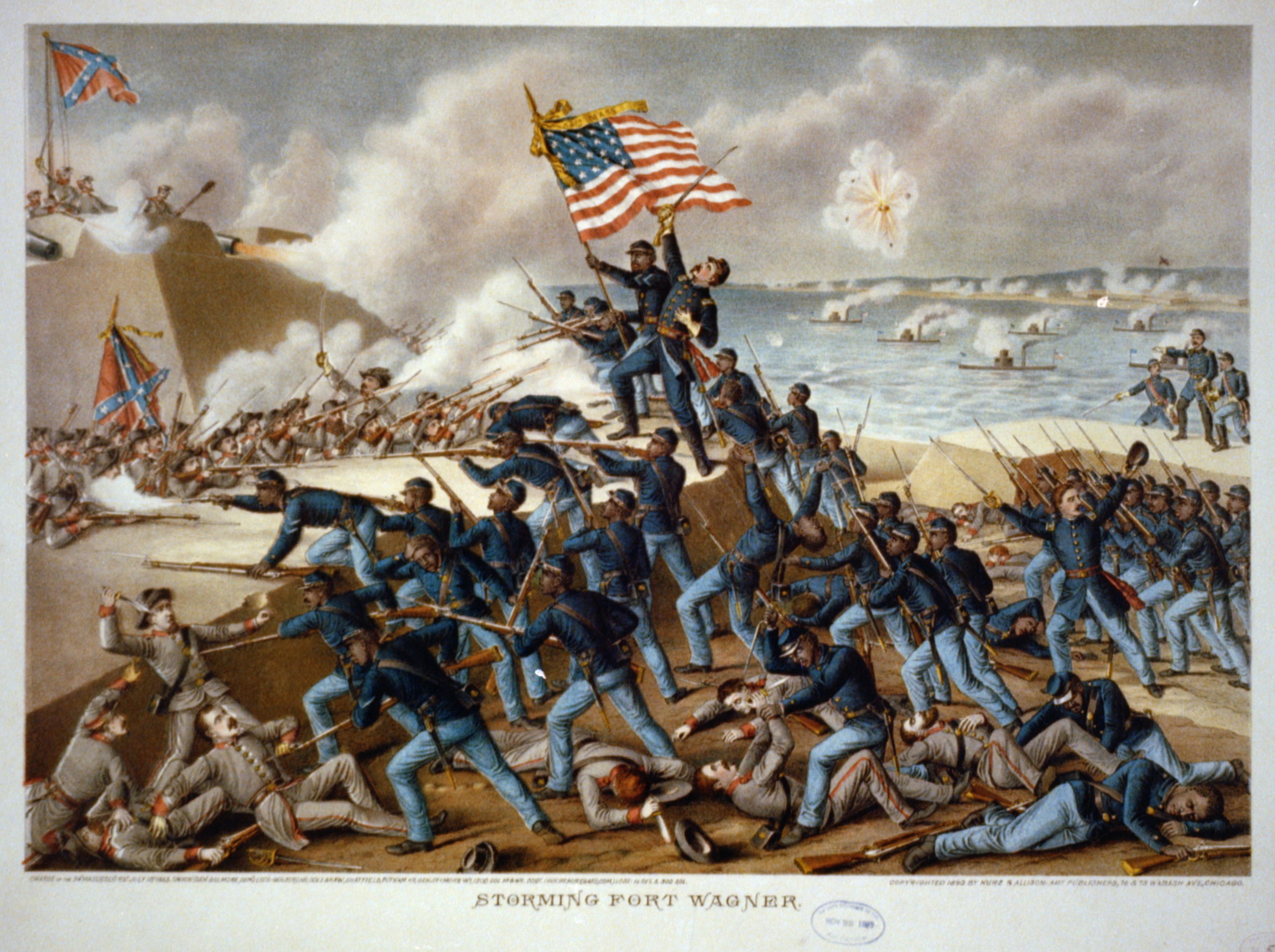 In Galesburg, Barquet worked as a brick mason and started a plastering, brick laying, and paper- hanging business with Andrew Jackson Pertect. He was also secretary of the Galesburg African Literary and Debating Society. By 1860, Joseph and Maria had three children.5

Soon the Civil War began, and that changed everything. When the U.S. Army started recruiting Black men, Barquet was quick to sign up. In April 1863, at forty years old, he enlisted in Company H of the soon-to-be famous 54th Massachusetts Regiment, an all-Black infantry best known for its assault at Fort Wagner, South Carolina. Barquet was promoted to the rank of Sergeant before he was mustered out in his home state of South Carolina on August 20, 1865.6

When he returned to Illinois, Barquet waged a struggle for equal educational opportunities for Galesburg’s African American children. A separate school for Black children had opened in 1863, after the local school board stated that if the Black community furnished a building, the town would pay for the teacher and other expenses. Barquet wanted to abolish segregated education.  Starting with a petition in September 1870, he and other activists insisted that Black children must be permitted “to attend the nearest public schools in the respective wards.” Their protests escalated, and in 1872, a group of twenty-five Black children marched into the high school demanding admission. The school board of Galesburg listened, declaring that African American children had the right to “receive equally with the white children the benefits of a common school education.”7

Yet Barquet and his family faced hardship despite his heroic organizing and status as a U.S. Army veteran. In 1871, Democrats in Galesburg tried to exclude him and other Black soldiers from the Memorial Day parade, even though they had marched in it in the past. When the organizing committee finally agreed to allow the Black veterans to march, white veterans refused to participate in the parade. The next year, the committee forced Barquet out of the parade, at which point other Black veterans withdrew from the event.8

When Barquet passed away in 1880, the Davenport Gazette advised that it “would be well for old soldiers and citizens to lend a helping hand at the funeral, as his family are in reduced circumstances.”9