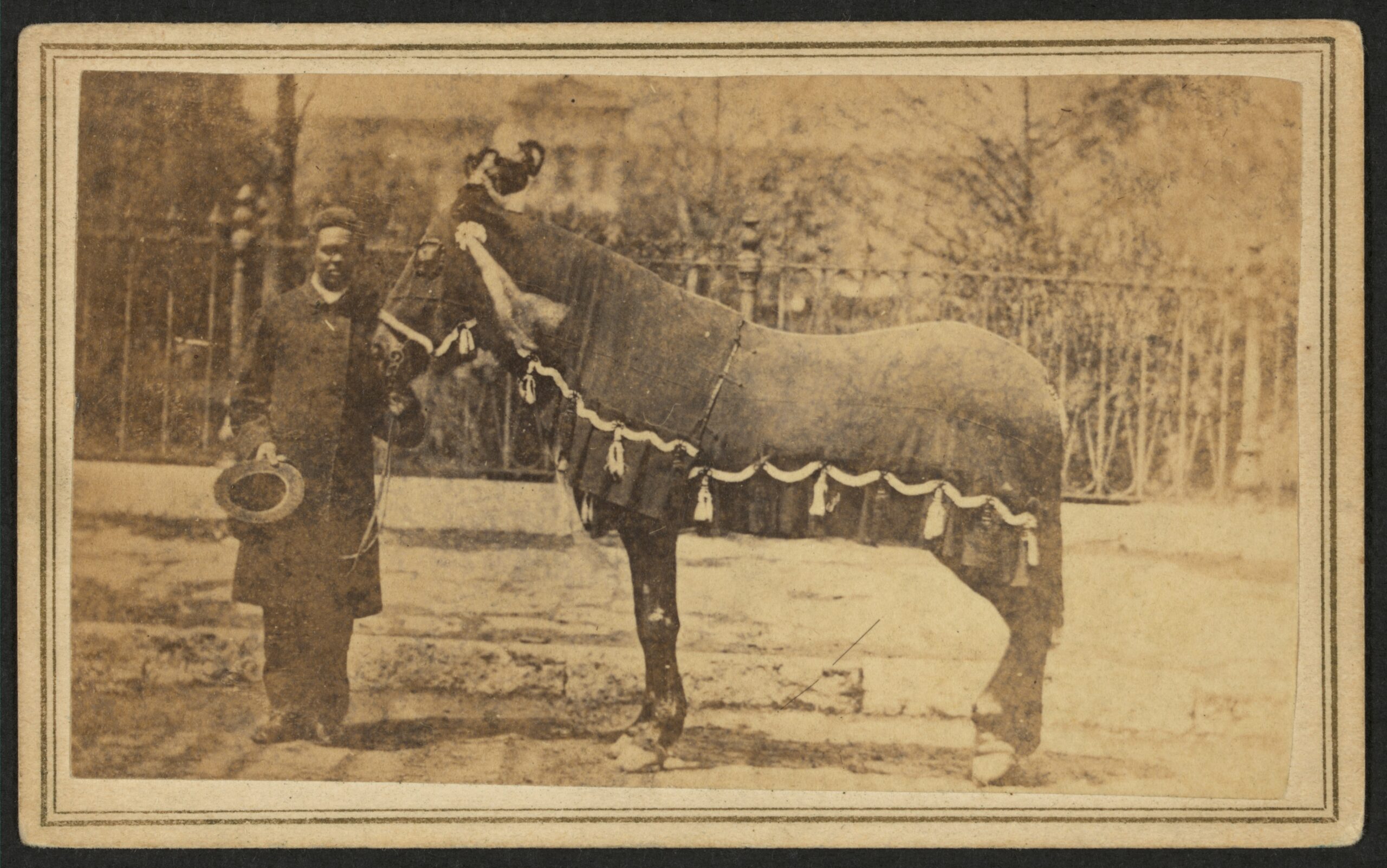 “His idea of the golden rule was illustrated when he gave his own coat and vest to a poor fellow who was without one.”

Henry Brown was prominent in Springfield’s Black community. An A.M.E. minister and political activist, he also had close ties with Abraham Lincoln.

Brown was born enslaved in Raleigh, North Carolina, on April 17, 1823. At age twelve, he left North Carolina without his family, migrating to Ohio and later to Rush County, Indiana, in 1837, where he lived and labored as an indentured servant on a farm owned by Quakers. In his early twenties, Brown officially earned his freedom and decided the course of his life was ministry. In 1846, he became licensed to preach in the African Methodist Episcopal (A.M.E.) Church and began a lifelong religious journey of preaching and teaching God’s word.1

Henry Brown was in Paris, Illinois, in 1847 when he met Mary Ann King, the eighteen-year-old widowed daughter of Allen and Alse Williams. According to a later account, their courtship and marriage proceeded quickly: “A mutual admiration and a matrimonial engagement was the result of their first meeting, which culminated, a few weeks later, in their marriage at the residence of the lady’s parents.” Beginning in 1855, Henry and Mary Ann made their home in the state capital, Springfield, where Brown worked for Abraham Lincoln.2 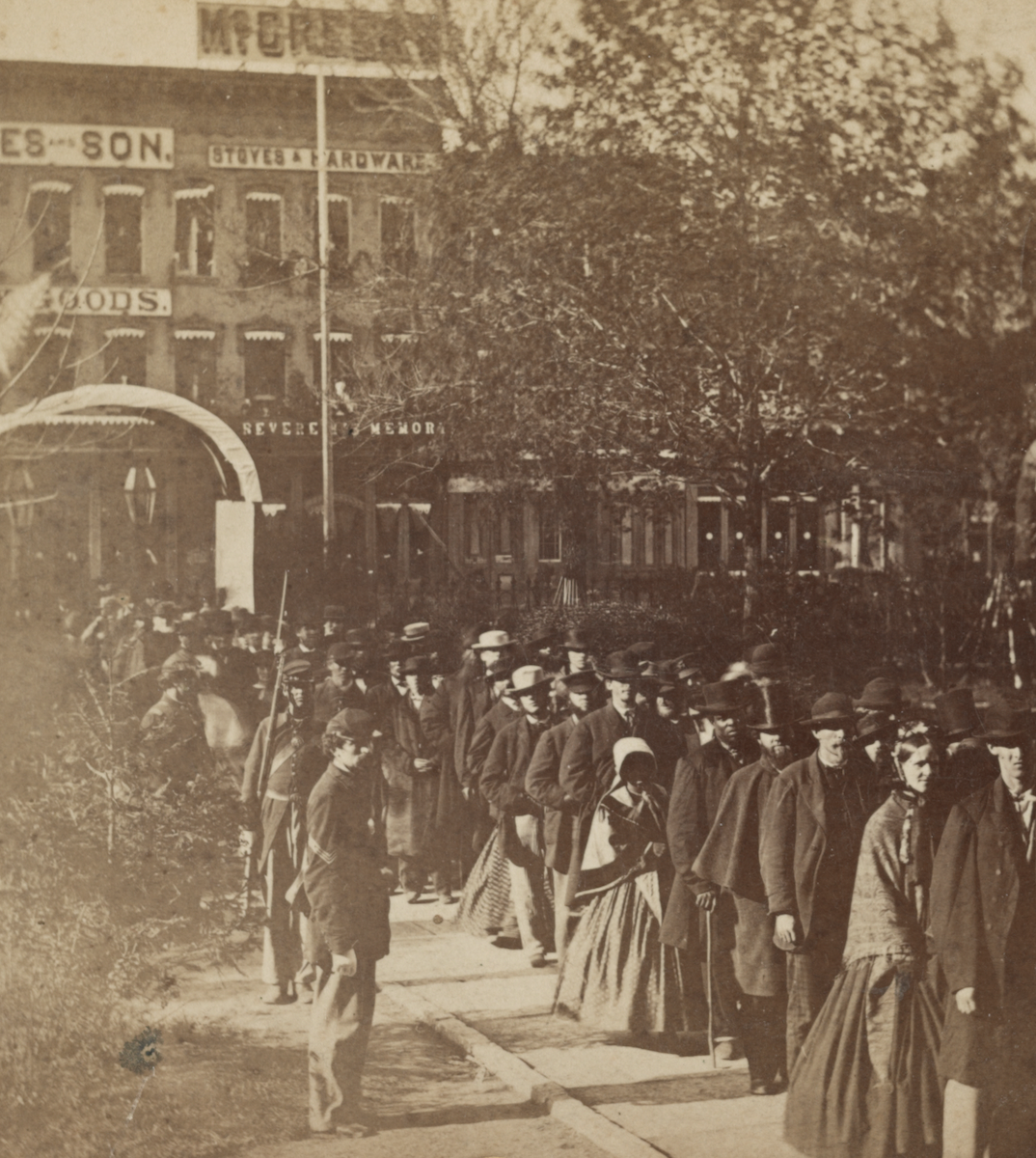 Henry Brown in Procession
Henry C. Brown (fifth in line) waits in line to view Lincoln’s body lying in state in Springfield, Illinois, in May of 1865. (Source: Library of Congress)

At the 1853 Illinois convention in Chicago, Brown represented Edgar County, where Mary Ann’s parents resided. Preachers and ministers like Brown fostered a sense of Christian community at Black conventions, helping others find strength to organize and oppose unjust laws and policies. Brown was also known to have been a “conductor” for the Underground Railroad in Quincy and Springfield. According to one author, “His idea of the golden rule was illustrated by one instance when he gave his own coat and vest to a poor fellow who was without one.”3

Brown remained in Springfield when Lincoln was elected president and moved to Washington. When Lincoln was assassinated in 1865, however, Brown was invited by telegram to lead the Lincolns’ old family horse, nicknamed “Old Bob,” during the funeral procession in Springfield. Brown, who was “over six feet tall and of massive build,” “occupied a prominent place” on that sad occasion.4

Henry Brown remained an eminent member of Springfield’s Black community. He also served as an itinerant preacher and was associated with several A.M.E. churches across the state. He and Mary Ann ultimately had ten children together. In 1873, Brown gave the featured address at a celebration of the 15th Amendment in Springfield. He warned his audience that although much had changed since the days of slavery, he feared “that we may not obtain our rights under law.”5

Henry Brown died on September 3, 1906 and is buried in Oak Ridge Cemetery in Springfield.6 Although historical accounts most often mention him for his role in Lincoln’s funeral procession, his eighty-three years of life show that he was much more than the man who led “Old Bob.” He was a respected member of Springfield’s African American community, a spiritual leader, and an activist for racial justice.