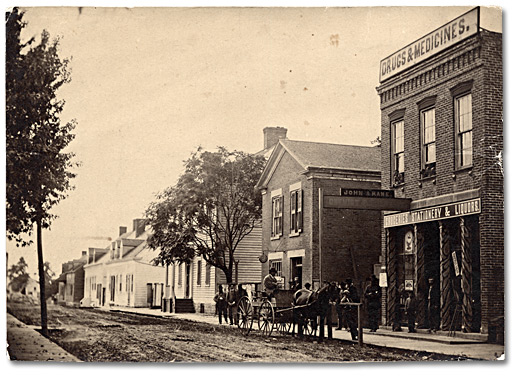 Susan M. Lyons Wagoner was part of Chicago Black activist circles from the mid-1840s through 1866. Born in Indiana in 1819, Susan spent her early adulthood in the town of Amherstburg, Ontario, across the river from Detroit.1

Susan’s father, Nero Lyons, became known as a successful businessman in Amherstburg. In the 1840s, he petitioned for a license to open a tavern, a move that would have made him the second Black tavernkeeper in town. Lyons informed authorities that the other Black-run tavern was patronized “principally by Europeans,” while his aim was to open “a publick[sic] house” for Black people to “resort to.” Lyons’ petition was granted and by the 1850s, the Provincial Freeman noted that he was a prosperous entrepreneur.2

Susan Lyons’ life changed around 1843, when she met Henry O. Wagoner, who was teaching and working for a newspaper in nearby Chatham, Ontario. The pair married in 1844 and moved to Chicago two years later. During the 1840s and 50s, Susan Wagoner cared for the couple’s growing family, helped operate the hominy mill attached to their home, and opened her household to fugitives from slavery. Frederick Douglass was a frequent visitor to the Wagoners’ “cosy home,” which stood on the corner of Harrison and Griswold Streets, not far from the busy Van Buren Street railroad station.3

By the late 1850s, the Wagoners and other Black activists in Chicago were collaborating with John Brown, the white radical. For three days in 1859, Susan and her family sheltered a group of twelve men, women, and children whom Brown had liberated at gunpoint from Missouri farms. Shortly after Brown was hanged on December 2, 1859, the Wagoners’ mill burned. Henry soon moved to Colorado, while Susan and their children remained in Chicago.4

During the Civil War, Susan Wagoner and other activist Black women in Chicago organized relief for freedpeople in the southern states, forming the Colored Ladies’ Freedmen’s Aid Society of Chicago in 1863. Mary Richardson Jones served as president, Martha Ann Blanks was vice-president, and Ailey Maria Bradford was treasurer. The society provided both monetary support and goods to newly freed people. Susan’s oldest daughter, Marcellena, also took up a public role during the war. In 1863 and 1864, she worked as a secretary to Martin R. Delany as he sought to recruit Black soldiers to the U.S. Army.5

Susan and most of the children moved to Colorado in 1866. There, Susan lived near her sister, Julia Lyons Ford, who had married Barney Launcelot Ford, a successful restaurateur whose home in Breckinridge still stands.6

Susan Wagoner died in 1869, at just fifty years old. She is buried in Denver.7