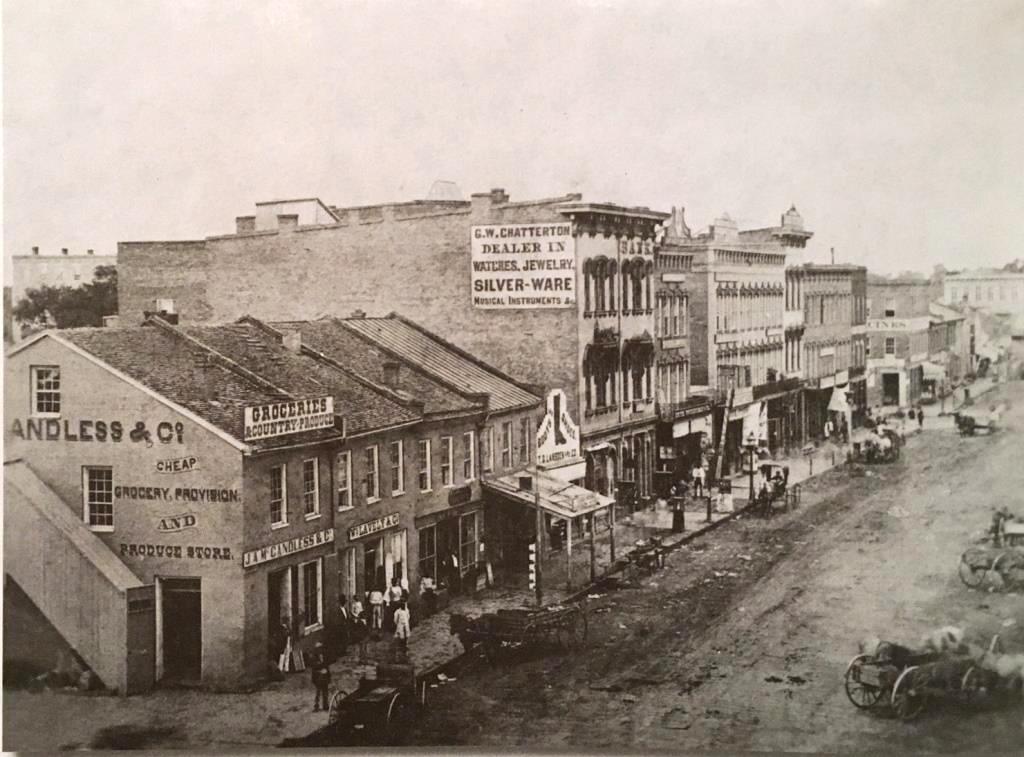 Mary Ann King Brown was born in September 1830 in Hawkins County, Tennessee. Her large family soon moved to Edgar County, Illinois, where her father became a wealthy farmer, well-known in the town of Paris, Illinois. Mary Ann was already a widow when, at age eighteen, she met and married Henry Brown. It was later said that “a mutual admiration and a matrimonial engagement was the result of the first meeting,” which led to their marriage in Paris just a few weeks later in 1847. After living with Mary Ann’s parents for a few years, the young family moved to the state capital of Springfield.1

Although many details of Mary’s life cannot be found in historical records, one can garner a greater understanding of what her life might have been like based on general trends and observations of African American life in Springfield. Even there, as a recent Springfield historian wrote, “the history of the colored people in Sangamon County . . . is shrouded in some mystery.”2 The history of women is often particularly obscure, as their husbands and fathers were more likely to be noticed by newspapers or generate written records that have been saved in archives.

Enumerators of several U.S. Censuses described Mary Ann’s occupation as “keeping house,” which likely included long hours of housework, caring for children, preparing meals for the family, completing chores, and much more. It is possible that Mary Ann also worked for wages. To make ends meet, many Black women, even those listed in the census as “keeping house,” also laundered clothes, sewed, took in boarders and did other paid work. The same could have been true for Mary Ann.

She may also have been active in the Underground Railroad. We know that Henry was involved, and it was often women who prepared their homes to receive freedom-seekers, provided them with food and clothing, and assisted them in other ways. As the wife of an A.M.E. minister, Mary Ann was probably also involved in church activities. Black women regularly helped to found congregations, participated in service, led prayer meetings, raised money, organized for justice and change, and even sometimes delivered sermons.3

At the same time, because Henry traveled a great deal to pastor churches outside of Springfield, Mary Ann probably shouldered many domestic burdens on her own. An obituary for Henry indicated that the couple had ten children, of whom just two were living in 1906 when Henry passed away. At that time, Mary Ann moved in with one of her surviving daughters, Nannie, and her son-in-law, Albert Morgan, who ran a boarding house in Chicago.4