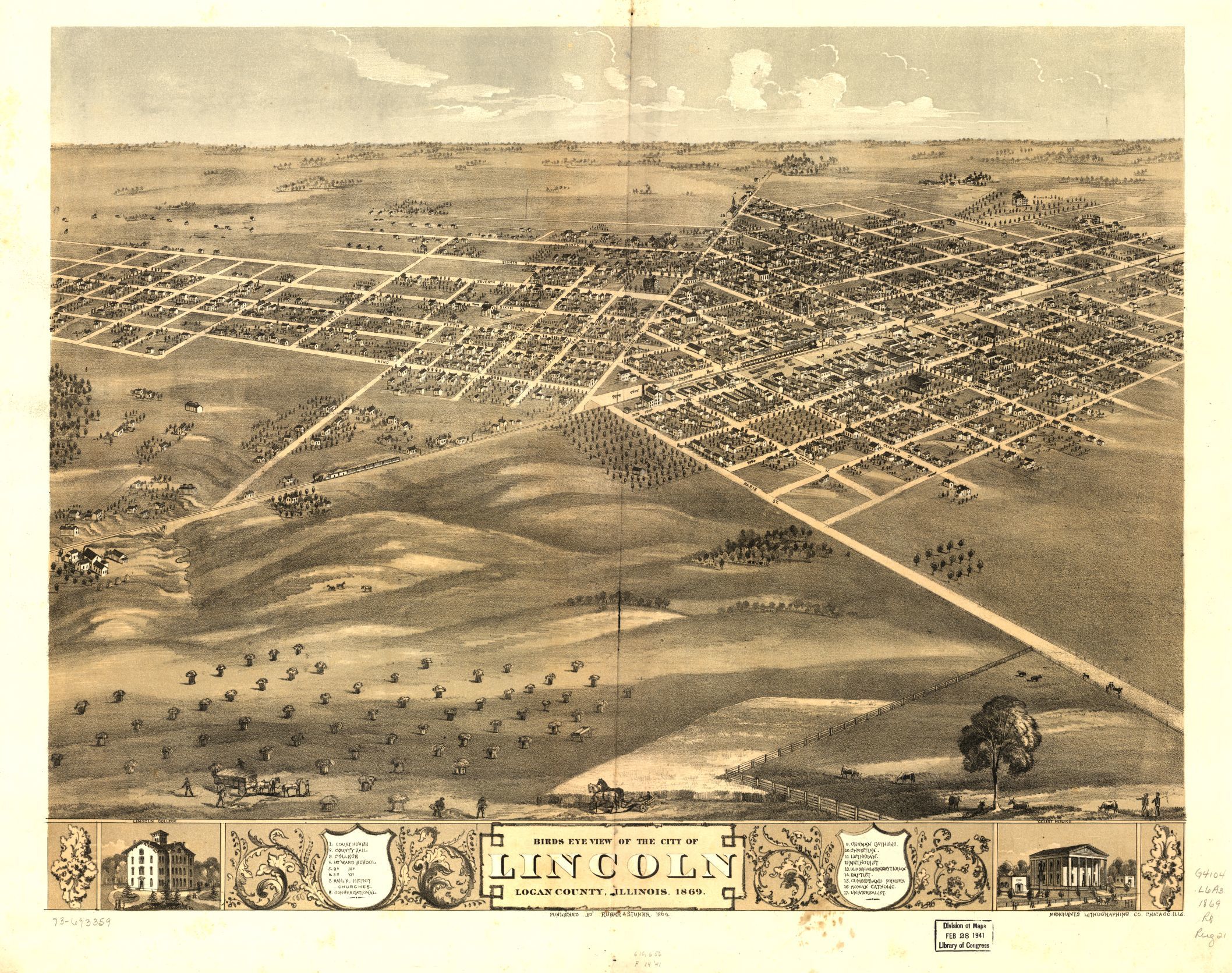 Elizabeth Guy Donegan, the wife of African Methodist Episcopal (A.M.E.) minister Spencer Donegan, deserves great credit for the foundation and growth of Allen Chapel in Lincoln, Illinois. Little is known about Elizabeth Guy’s parents or her early life, other than that she was born in North Carolina in 1822. She married Spencer Donegan in 1841 in Christian, Kentucky, and they went on to settle in Springfield, Illinois.1 Their move from Kentucky into Illinois reflects the larger trend of Black Americans migrating from slave states into the lower Midwest.

Elizabeth’s first child, Susan, was born in Illinois around 1845. She and Spencer eventually had at least eight children, the youngest of whom may have been Lincoln, who was born in 1861, the year after Abraham Lincoln was elected president.2

In the 1860s, the family moved from Springfield to Logan County, Illinois, where they worked to found the first A.M.E. Church in their new town, Lincoln. The congregation began meeting in the Donegans’ home in 1868.  Soon the group purchased a local high school building to use for church services. The church flourished from there, establishing a growing and active congregation. Allen Chapel served as a hub for the town’s Black community, and it is now on the National Register of Historic Places.3

Thanks to the Ladies, 1859
Spencer Donegan and others acknowledge the fundraising work of women in 1859. (Source: Sangamo Journal, Oct. 24, 1859. Courtesy of Illinois Digital Newspaper Collections. University of Illinois Urbana-Champaign.)

The Donegan family seems to have flourished as well. According to the 1870 Census, Elizabeth’s occupation was “keeping house,” and the family employed a white servant named Mattie Marty. Spencer Donegan was identified as owning $1,000 in real estate and $150 in personal property. It’s likely that Elizabeth was in charge of maintaining and running her large household while her husband prospered as a barber.4

Although women could not be ministers in the A.M.E. Church, they helped organize local congregations, participated in services, led prayer meetings and bible studies, raised money, organized for justice and change, and sometimes even delivered sermons. Spencer Donegan himself publicly recognized Black women’s contributions to the church when, in 1859, he and two other men signed a published letter thanking women for raising money to purchase a stove for the building in Springfield.5 Black women came together to advance the overall mission and purpose of their churches, and often they didn’t receive even the smallest recognition.

Elizabeth Donegan died on September 18, 1896.6 Her legacy still carries on.