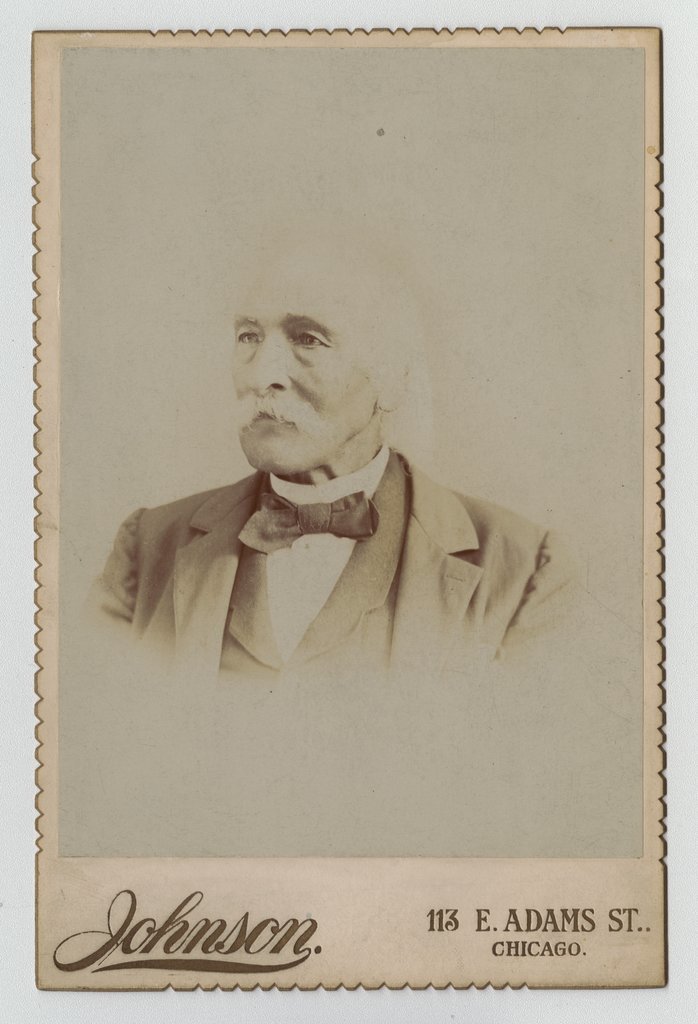 Lewis Isbell, born in Prestonsburg, Kentucky, in March of 1819, was a famed barber and activist, and well-known as an early Black resident of Chicago. He first came to Illinois in the company of his former enslaver, a Methodist minister named William Mayo who was originally from Richmond, Virginia. Isbell, then known as “Pompey,” arrived in Paris, Illinois, where he learned the barbering trade.1

He moved to Chicago in 1838 and for two years worked in the barber shop of John Johnson, another Black barber (while also supplementing his income by trapping hares). Then he opened his own shop, which, according to a late-nineteenth-century writer, “became the favorite of all the politicians of that day.” Isbell reportedly shaved Abraham Lincoln, Stephen A. Douglas, William B. Ogden, Ulysses S. Grant, and Walter Newberry, among others. Despite a “little row with Stephen A. Douglas” over a speech Douglas gave that “attacked the colored race,” Isbell recalled that he and Douglas “were always good friends, and he often came to my shop and talked with me.” Nevertheless, “Lincoln was always my favorite,” he told a reporter in 1900.2

Isbell also became known for his athletic abilities. As an elderly man in the 1890s, he recalled annual footraces held on a Chicago racetrack every Fourth of July. In 1847, he entered the race alongside a Native American man named White Foot and a white man who rode “astride a black horse.” The competitors had to dash down a “quarter of a mile straightaway,” make a sharp turn around a stake, and return to the starting line on the same quarter-mile track. In 1847, White Foot was the three-time champion and the crowd favorite. Some 5,000 people observed as the horse took the lead at first but lost ground when trying to make the turn around the stake. Isbell and White Foot were closely matched, but Isbell prevailed by a small margin. By then, he recalled, the crowd was cheering him on.3

A few months later, Isbell entered a ten-mile race alongside a renowned English runner named John Gildersleeve. “Many of my patrons at the barber shop were there in carriages, and others were crowded into wagons . . . everybody wanted me to win,” he recalled. Unfortunately, he went out too fast. Fifty years later he was still thinking about it: “I believe I could have won that race had I not got excited on the start.”4 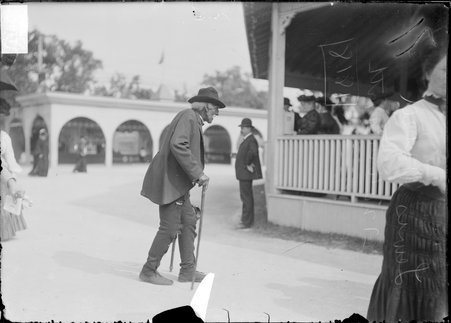 Lewis Isbell, 1905
Photograph of Lewis Isbell at the Old Settlers Picnic in Chicago, Illinois, on August 7, 1905. (Source: Courtesy of the Chicago History Museum)

By the 1850s, the much-admired Isbell had started a family and was involved with the movement for racial justice in Illinois. Isbell had married Margaret Richardson, who was born around 1829 in Tennessee and was a sister of Mary Richardson Jones and Alfred H. Richardson. In 1850, the couple lived in Chicago’s Third Ward where Isbell worked as a barber, and they had three children. The family opened its home to fugitives from slavery. According to a later report, Isbell had been “president of the Chicago underground railroad syndicate.” Helping people escape bondage was a risky enterprise, and in one 1857 incident, he was shot at four times by an enslaver from Missouri.5 Isbell represented Cook County at both the 1853 and 1856 Illinois Black conventions.

During the Civil War, Isbell worked to recruit Black men to serve in the U.S. Army. He was commissioned to recruit without pay from 1863 to 1865 for the 29th Regiment of Illinois, an African American infantry unit. Isbell continued working as a barber and by the end of the nineteenth century had two additional barbers working for him at his shop at 335 West Randolph Street. In January of 1905, he petitioned the federal government for a pension of $12 per month in recognition of his unpaid recruiting work. He passed away that October and is buried in Mt. Olivet Catholic Cemetery in Chicago.6