White and Black children attended school side by side in some Chicago schools. When the city’s public school system began in 1837, children attended the schoolhouse nearest their home. Dearborn Elementary School, also known as Public School No. 1 and located on Madison between Dearborn and State Streets, opened its doors in 1845. One year later, the school counted 543 students, both Black and white.1

Within Illinois, Chicago was special. Elsewhere in the state, Black children were excluded from public schools, and adults lobbied the state government to include them or else return the taxes African Americans paid toward public education. 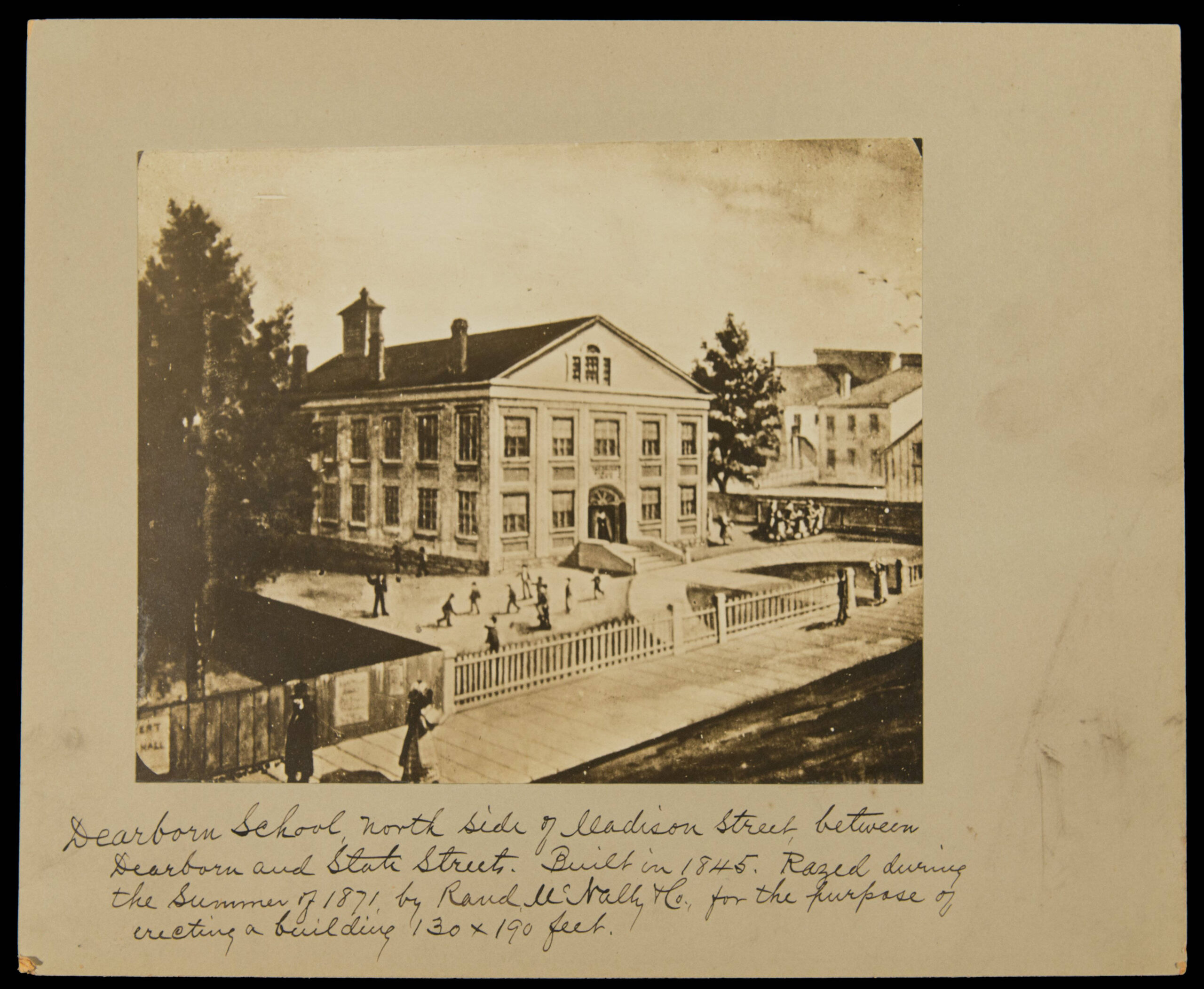 Dearborn School
An illustration of the Dearborn School, a public school in Chicago which opened in 1845. (Source: Newberry Library) 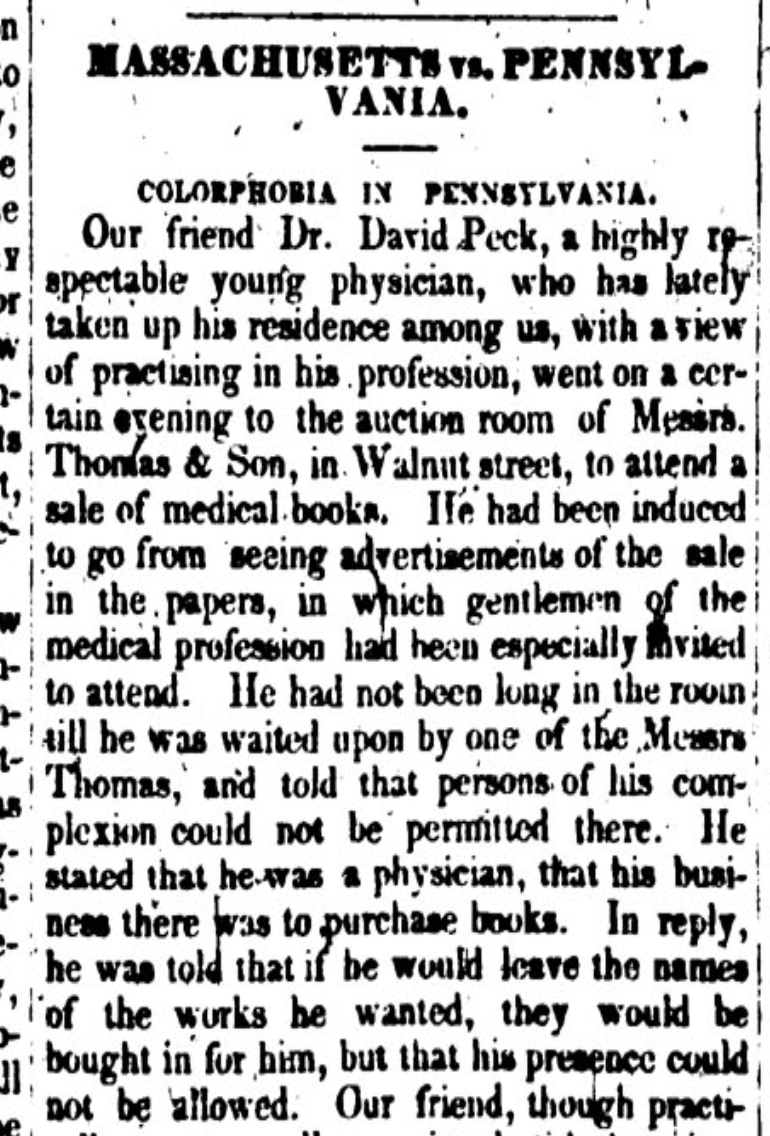 African American Women and the Fight for Inclusion

African American women were often at the forefront of campaigns for equal access to education. Rumblings of school segregation in Chicago began in 1858, when the Board of Education considered the problem of crowding. Board member George M. Higginson suggested that the solution was to create a separate school for Chicago’s 240 or so Black students. This measure, he said, would make more space for the city’s 40,000-plus white students at the existing schools. The school board rejected Higginson’s suggestion.3

A few years later, a young woman named Mary E. Mann paved the way for African Americans to attend the public high school. As a child, Mary attended the Dearborn school with the rest of the children in her neighborhood—both white and African American. She graduated eighth grade in the late 1850s. She wanted to become a teacher, and this meant enrolling in the two-year teacher training program at Chicago’s only public high school.4

Mary took the entrance exam, earned passing scores, and applied for admission. Her next obstacle was the city’s Board of Education. Some of its members wanted to deny her admission because she was Black, while others supported her desire to attend high school. John Wentworth, a Republican, introduced a resolution to admit her, and on July 27, 1861, the board voted 6 to 3 in her favor.5

But Mary’s trouble with the school board was not over. She completed the two-year program in 1863, graduating with high marks. At the graduation ceremony that July, however, officials required Mary to sit in the crowd while her fellow graduates sat on a platform and came forward to receive their diplomas from the president of the board. In an act not sanctioned by the official graduation program, John Wentworth awarded Mary her diploma at her seat in the audience.6 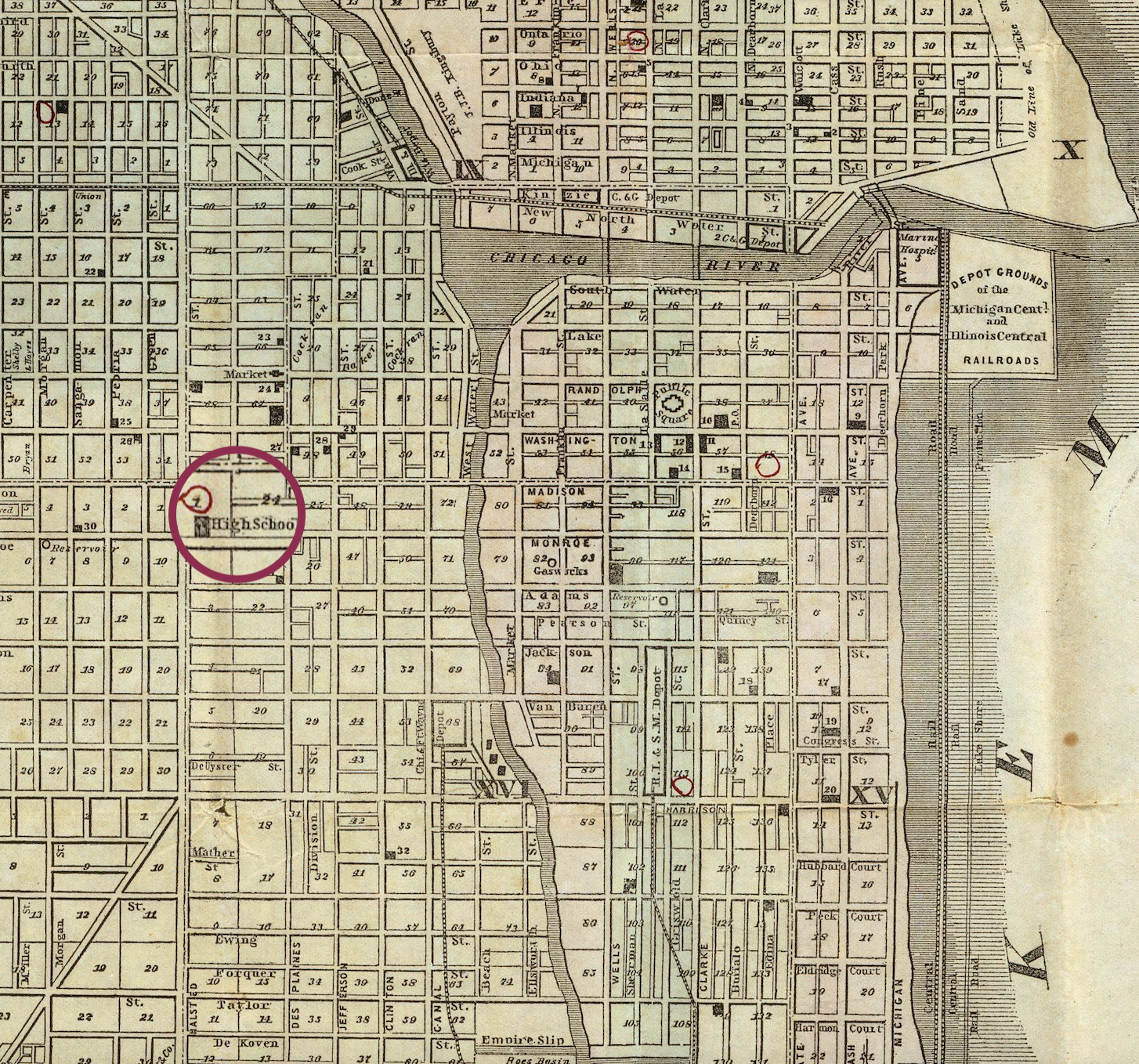 Location of Chicago’s Only Public High School in the 1850s and 1860s
A map of downtown Chicago depicting the location (circled in red) of the city’s only public high school in the early 1860s. (Source: Henry Hart’s City of Chicago, 1853, courtesy of Wikimedia Commons.)

That same year, on the heels of two more failed attempts by Democratic members of the Chicago City Council to segregate the city’s schools, the Illinois legislature passed a new city charter that required the city government to “provide one or more schools for the instruction of negro and mulatto children, to be kept in a separate building.”7

Some City Council members objected, but the council moved ahead with establishing a separate school for Black children. The school began operating on June 15, 1863, and the next month the school board hired Mary E. Mann to serve as principal.8 Not only was Mary Mann the first African American to attend and graduate from public high school in Chicago. She was also the first African American to hold a staff position in the public schools of Chicago.

Chicago’s Black community, however, opposed the Black-only school. In late September 1864, people gathered in Quinn Chapel to make a plan for protest.  Participants resolved that they were “bitterly opposed to separate school organizations, for the reason that it fosters a prejudice in the mind of the child which is difficult to eradicate.” These women and men urged the Board of Education “to dispense with the colored school.” One mother involved in the campaign later told her daughter that Chicago’s Black parents had engaged in civil disobedience and “sent their children right on to the nearest schools as before.”9

Anna Elizabeth Hudlin was among those who protested the segregated school by marching on public offices. The parents, one mother reminisced, “invaded the offices of the Board of Education and the Mayor.” This campaign represented an instance of successful organizing, as the separate school closed less than two years after it opened. In early 1865, a revised city charter repealed the provision for segregated common schools.10