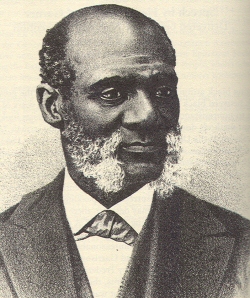 Not only did the actions of Black convention activists inspire Brown, but so did their speeches and written words.

“An Address to the Slaves of the United States of America,” first delivered by Henry Highland Garnet at the 1843 National Colored Convention, and first printed in 1848, called on enslaved people “to stage a general strike and to fight if their enslavers refused to comply with their just claims as citizens” [1], [2], [3].

Even though Brown did not attend the 1843 Convention, he was likely familiar with the “Address” since Garnet was one of the formerly enslaved men that he knew the longest and was closest with [4].

The 1848 publication of the “Address” alongside David Walker’s pamphlet, Walker’s Appeal, in Four Articles, Together with a Preamble, to the Coloured Citizens of the World, but in Particular, and Very Expressly to those of the United States of America. Written in Boston, in the State of Massachusetts, September 28, 1829, further underscores the likelihood of Brown’s familiarity with the 1843 “Address,” since this publication combined “two of the most militant utterances by black Americans up to that time” [5].

Although James McCune Smith asserted that Brown financed the 1848 publication of the “Address,” this has not been proven [6].

Indeed, scholar Benjamin Quarles writes that this is unlikely due to Brown’s frequent financial difficulties and the lack of copies of “such a publication” [7].

Despite this uncertainty, Brown’s meetings with Douglass, Garnet, and Loguen underscore the influence such men and their words had on Brown.

Perhaps such interactions and familiarity with the words and ideals of Black convention activists led Brown to pen “A Declaration of Liberty by the Representatives of the Slave Population of the United States” in 1859. In this document, Brown echoes many of the beliefs of the Radical Abolition Party, “which were immediate abolition, full suffrage for all Americans…, the redistribution of land…., and violent intervention against slavery”. This document was found at Kennedy Farm after the Harpers Ferry Raid. Many of the statements in the document are echoed in the letters Brown sent from prison, as well as in some of the interviews that were published in both Northern and Southern newspapers [8], [9]. 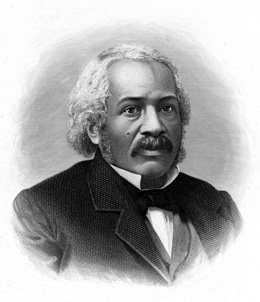 Explore this page’s subtabs to:

[1] For more information on Garnet, see his subtab under “Biographies.”

[2] For more on the “Address,” see its subtab in this section, as well as Graves, Harrison; Asplaugh, Jake; Spires, Derrick. “Henry Highland Garnet’s ‘Address to the Slaves And Its Colored Conventions Origins,” https://coloredconventions.org/garnet-address-1843/

[3] Spires, Derrick. “‘Flights of Fancy’: Black Print, Collaboration, and Performance in ‘An Address to the Slaves of the United States of America (Rejected by the National Convention, 1843).” The Colored Conventions Movement: Black Organizing in the Nineteenth Century, edited by P. Gabrielle Foreman, Jim Casey, and Sarah Patterson, University of North Carolina Press, 2020, p. 125.