Here you can learn about some of Brown’s Black conventions activists allies, as well as about John Brown, and Mary Brown, Brown’s second wife and steadfast supporter.

These men and women spoke with, provided backing to, corresponded with, and fought alongside John and Mary Brown, supporting them in crucial moments on and off the battlefield. Frances E.W. Harper, a leading speaker and writer, was friends with Mary and John Brown. 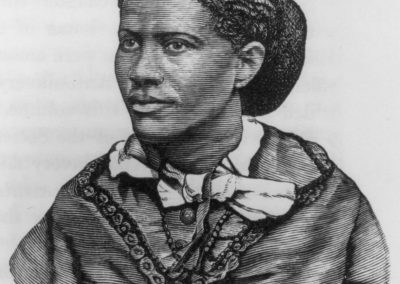 An engraving of Frances E.W. Harper. Image courtesy of the Library of Congress.

After Brown’s execution, Black women abolitionists and activists, including Harper, provided support, housing and financial backing to Mary and their children [1].

Black convention activists directly influenced Brown’s radical abolitionism. The collectively authored “An Address to the Slaves of the United States,” first delivered at the 1843 National Colored Convention by Henry Highland Garnet, was first published in 1848.

It is likely that Brown was familiar with this oration, especially because Garnet’s brand of militant abolitionism lined up with his own [2].

Other convention activists such as Frederick Douglass, a close friend and ally of Brown; Osborne P. Anderson, present at the Chatham Convention and the only Black man who fought alongside Brown at Harpers Ferry to escape alive; Martin Delany, Chairman of the Chatham Convention; and Jermain Loguen, who went to Canada with Brown a year before the raid and fellow radical abolitionist, were just some of Brown’s Black allies [3].

Women such as author and activist Frances E.W. Harper; Harriet Tubman, who helped plan the Harpers Ferry Raid; Mary Ann Shadd Cary, editor of the Provincial Freeman and of Osborne P. Anderson’s A Voice From Harper’s Ferry: A Narrative of Events at Harper’s Ferry; Mary Ellen Pleasant, one of Brown’s major financial backers from 1857-1859; and Anna Murray Douglass, who hosted Brown for over a month “while he sought refuge from the authorities regarding his acts in Missouri,” were some of Brown’s most essential and strongest allies [4].

Much of the scholarly attention on Brown’s Black allies has been focused on men. This has been pointed out by scholars such as Kellie Carter Jackson, who asserts that women such as “Tubman and Pleasant were both sought out by Brown. He valued what they could offer regarding strategy, fearlessness, and finances.” We need to attend to the ways in which Black women “cannot be separated from the telling and sanctioning of political violence” [5].

Examining such relationships allows us to better understand the impact of Black radical thought on Brown and his actions.

Explore the subtabs on each of the mentioned figures to learn more about their lives and how they worked with and influenced Brown. 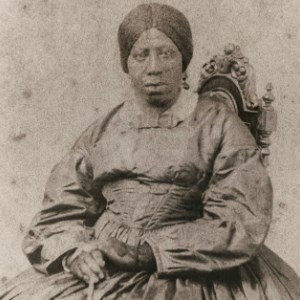 [3] For more on the aforementioned figures, see the specific subtabs.