Members Of The Convention

Explore the tabs below to learn about members of the Chatham Convention. These men signed the “Convention Minutes;” their names are provided by Osborne Anderson, the only Black survivor of the raid, in his A Voice From Harper’s Ferry: A Narrative of Events at Harper’s Ferry.

President of the Convention

Black abolitionist, activist, and the first pastor of the Second Baptist Church of Detroit.

Reynolds was a conductor on the Underground Railroad in Sandusky, Ohio [1]. Before moving to Ohio, he lived in Detroit, where he worked with William Lambert to help freedom seekers. In Detroit, he used the the name J.C. Reynolds [2].

Smith was a self-liberated individual who fled from Tennessee to Canada. He was married to Mary Anderson, cousin of Osborne P. Anderson [1]. 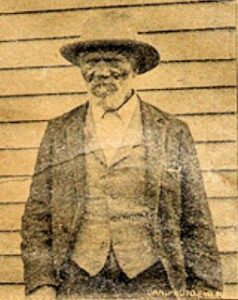 White activist and Elected Secretary of the Treasury of Brown’s provisional government [2]. 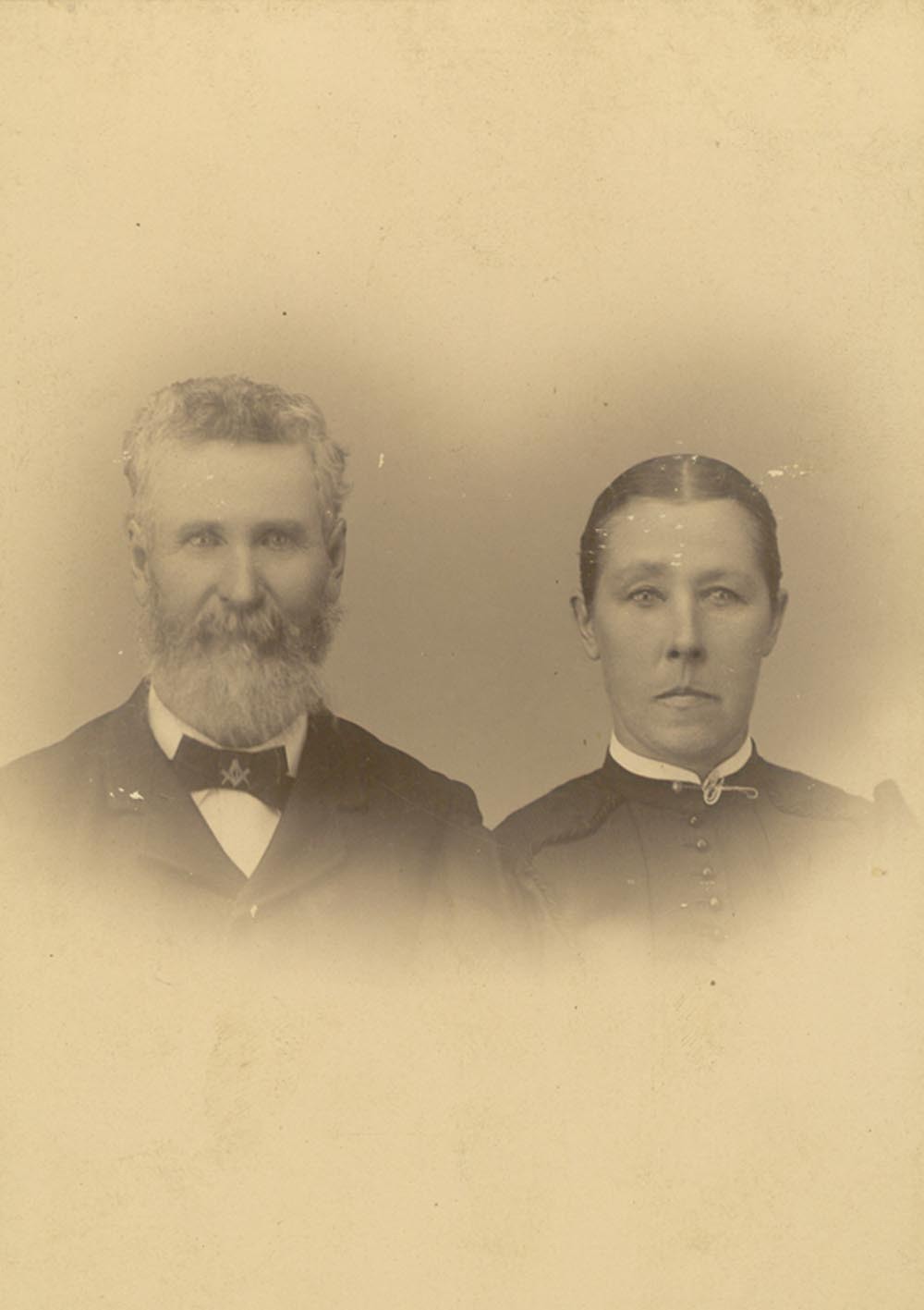 Portrait of George B. Gill and wife. Gill was the Secretary of Treasury in John Brown’s provisional government. Image courtesy of Kansas Historical Society.

President of the General Board of Commissioners for the African Commission. Other members included Delany, Isaac Shadd, Abraham Shadd, and William Howard Day [1].

One of the 39 Black men in attendance.

Listed as C.W. Moffit in the Convention minutes.

Lambert was a Black radical abolitionist from Detroit. “In 1843, helped to organize the first State Convention of Colored Citizens in Michigan” [1]. He founded the first civil rights organization in Detroit, the Colored Vigilant Committee. 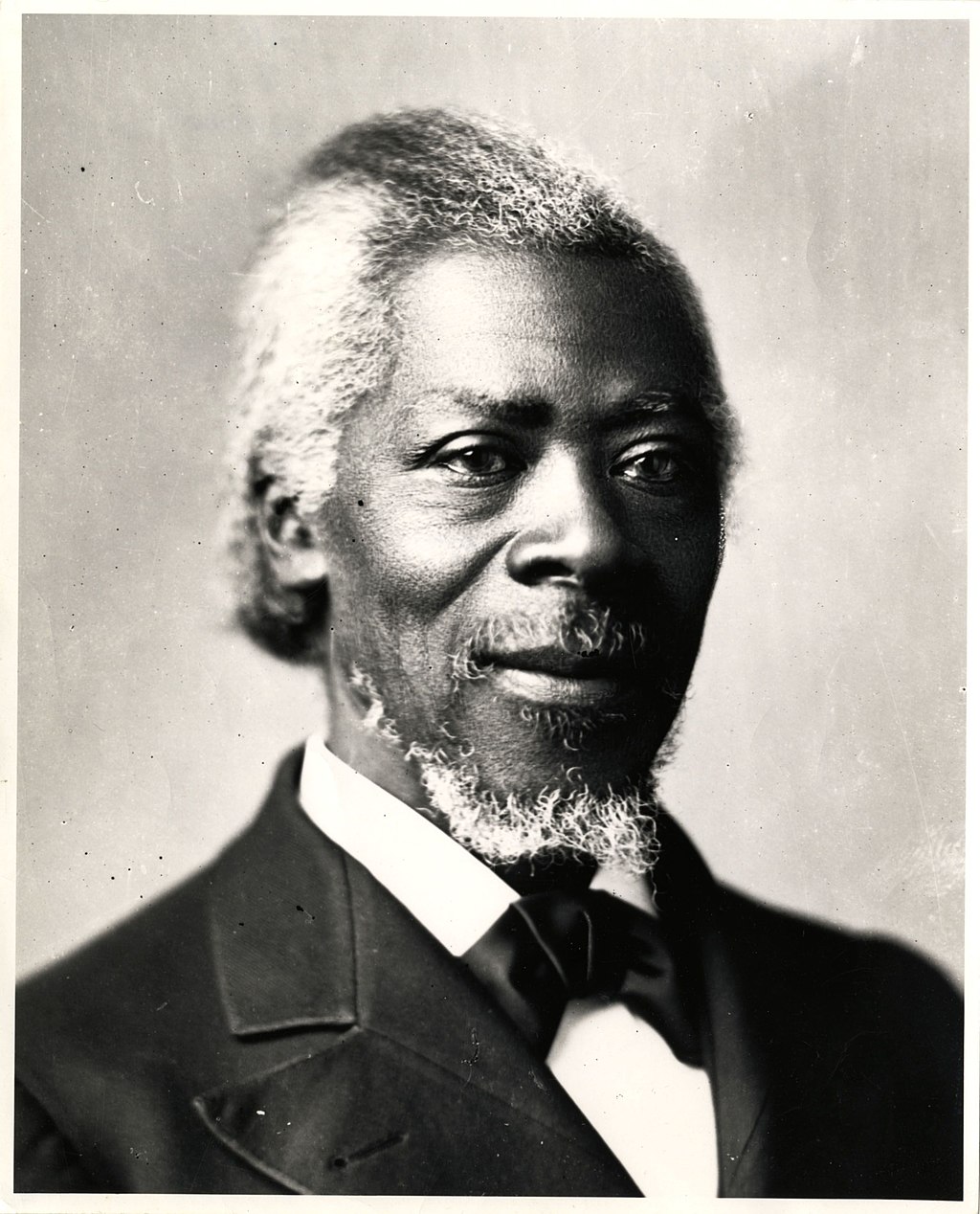 Tidd was a white activist from Iowa [1]. He fought alongside Brown during the Bleeding Kansas period. Participated in and escaped from the Harpers Ferry Raid. “Enlisted in the Twenty-first Massachusetts volunteers on July 19, 1861” [2]. 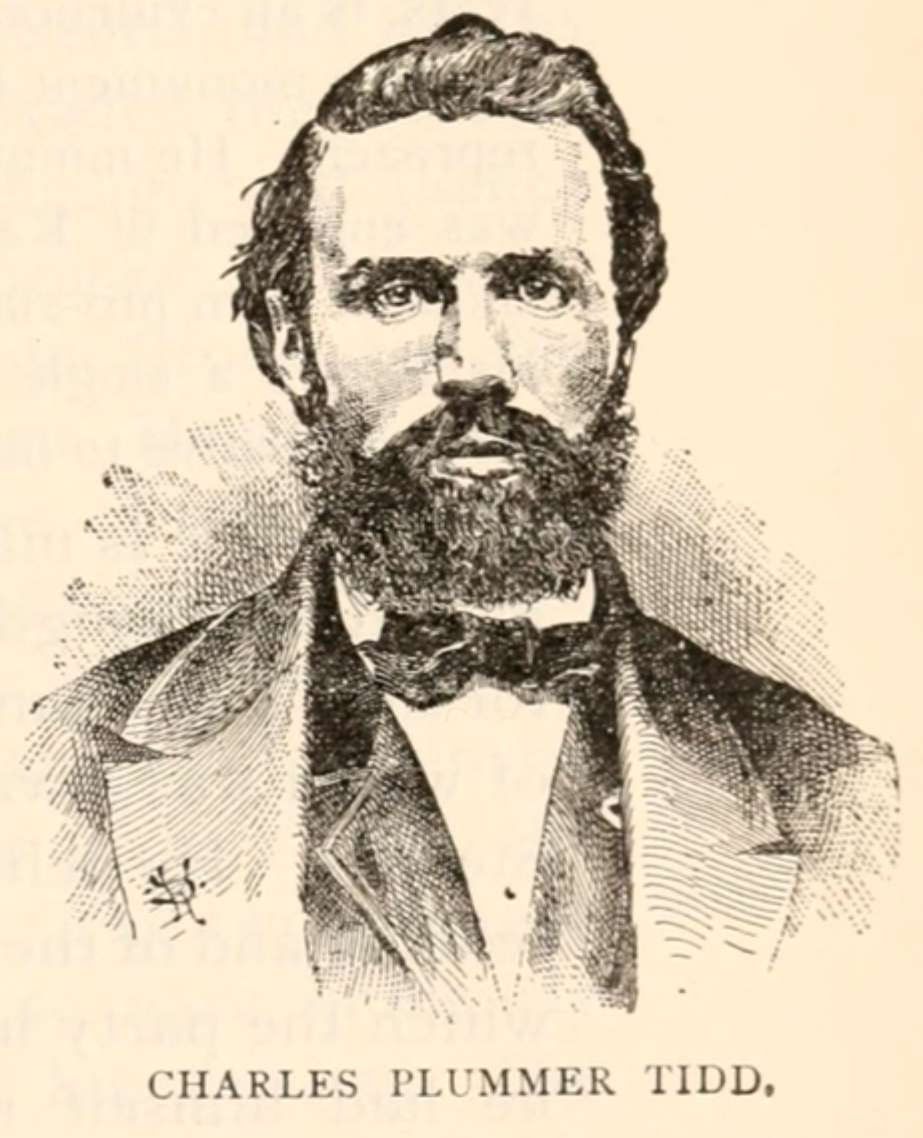 J.G. Anderson was severely injured during the raid and subsequently tortured. The descendant of enslavers, Anderson, according, W.E.B. DuBois, was likely part Black [1]. Anderson attended Knox College in Illinois and joined Brown’s raids in Missouri [2].

Listed as James M. Buell in the Convention Minutes.

Bell was born in Ohio and was a “Poet, orator, and activist” [1]. In Ohio, he was known as the “Bard of Maumee” for his poetic and oratory prowess. His family moved to Chatham shortly after the Dred Scott decision. There he was a member of the Chatham Vigilance Committee. 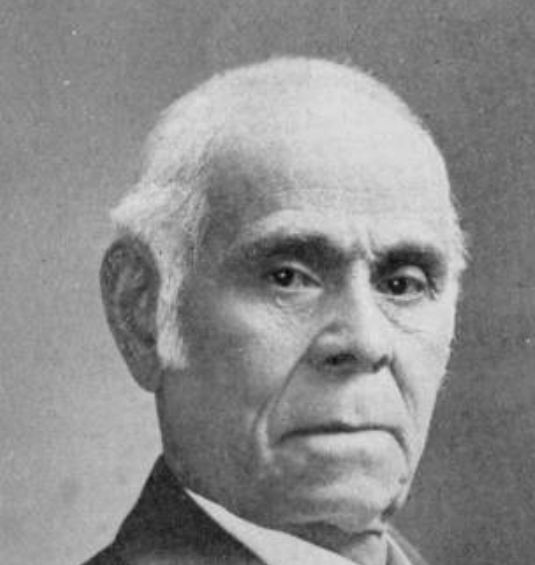 James Madison Bell, the “Bard of the Maumee.”

Alfred Whipper was a Black teacher in Chatham and was the brother of William Whipper. His school—along with that of Mary Ann Shadd Cary and Mary E. Bibb—was among the few institutions that provided education to Black students in Canada.

Leeman was originally from Meine. He joined the raid and died. In his letters to his mother, Leeman mentioned his experience in Kansas. He believed slavery to be “the greatest Curse that ever infested America” [1].

Ellsworth was from Windsor, Canda, He was slected as a member of Congress, along with Osborne Anderson, in Brown’s provisional government [1].

John E. Cook (Cooke) was a white spy and “advanceman” for Brown. He took part in the raid and escaped. He was eventually captured and executed.

During his imprisonment, Cooke allegedly confessed:

In November 1857, I met Brown at the house of E.B. Whitman, about four miles form Lawrence, K.T. I was told that he intended to organize a company for the purpose of putting a stop to the aggression of the Pro Slavery men. I agreed to join him, and was asked if I knew of any other young men who were perfectly reliable, who I thought would join also. I recommended Richard Really, L.F. Parsons, and R.J. Hinton. I received a note on the next Sunday morning, while at breakfast in the Whitney House, from Captain Brown, requesting me to come up that day, and to bring Realf, Parsons, and Hinton with me. Really and Hinton were not in town, and therefore I could not extend them the invitation. Parsons and myself went, and had a long talk with Captain Brown. A few days afterwards I received another note from Captain Brown, which read, as near as I can recollect, as follows:

Dear Sir:—You will please get everything ready to join me at Topeka by Monday night next. Come to Mrs. Sheridan’s, two miles south of Topeka, and bring  your arms, ammunition, clothing, and other articles you may require. Bring Parsons with you if he can get ready in time. Please keep very quiet about the matter. Yours etc., John Brown [1].

A delegate from Chatham.

Taylor was a white activist from Uxbridge, Canada. He was “killed defending the engine house” during the Harpers Ferry Raid [1].

Stewart Taylor, Image Courtesy of the Library of Congress.

He was nominated for President of Brown’s provisional government. “In a speech of some length, Mr. Kinnard declined” [1]. Thomas Kinnard (or Kennard) also attended the Colored National Convention at Philadelphia in 1855.

George Aiken (or Aikens) was possibly a Black soldier from Regiment 102 of the US Colored Infantry. He was drafted in Michigan and officially enlisted in March 1864 in Detroit [1].

At times listed as “John Cannel.” He was one of the 39 Black men in attendance.

Parsons was a  activist from Kansas [1]. He fought alongside Brown during the Bleeding Kansas period at the Battle of Black Jack and the Battle of Osawatomie [2]. 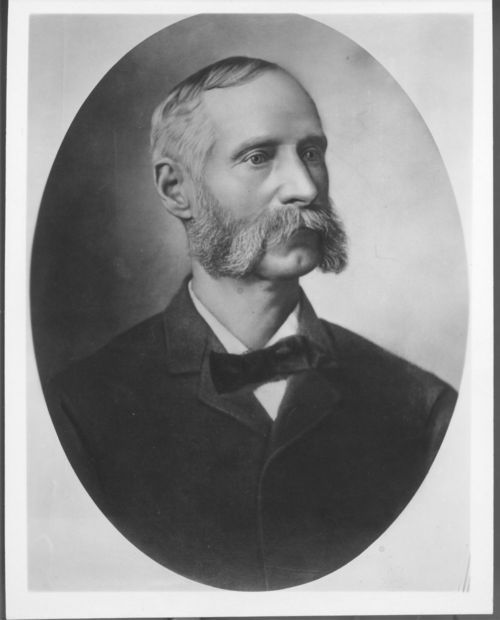 Realf was an English poet and journalist. He went with Brown to Chatham and was elected as secretary of state of Brown’s provisional government. 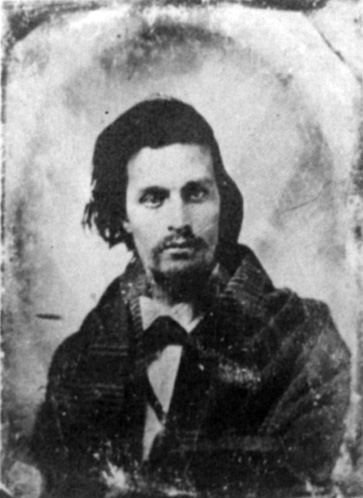 Richard Realf, Image Courtesy of the Library of Congress.

“A slave in Missouri until helped to his liberty by John Brown” [1].

Listed as “Robert Vanvanken.” Van Vranken and his wife Margaret Brown were active in their own community of  Elgin Settlement, a Black settlement in Chatham [1]. Elgin was one of the final stops of the Underground Railroad.

Stringer founder of the British Methodist Episcopal (BME) Churches in Buxton and Chatham, Canada [1]. Like many Black emigrationists, Stringer relocated to the US after the Civil War. He became a state senator in Mississippi in 1869.

Thomas was a self-liberated individual from Maryland who settled in New York. There, he established a farm using land deeded to him by White abolitionist Gerrit Smith [1]. He attended both the Chatham Convention and the 1855 Radical Political Abolitionists Convention [2]. According to journalist and Freedmen’s Bureau agent Richard J. Hinton, Thomas was Brown’s early confidant and had worked for Abraham Lincoln in his Illinois home and the White House [3].

[3] Richard Josiah Hinton, John Brown and His Men: With Some Account of the Roads They Traveled to Reach Harper’s Ferry (New York: Funk & Wagnalls, 1894), 179.

C. Whipple was the name Aaron D. (A.D.) Stevens used as an alias [1]. He white activist who participated in the Harpers Ferry Raid.

Isaac Shadd was Mary Ann Shadd Cary’s brother and also a publisher of The Provincial Freeman. Along with James Bell, he was a member of the Chatham Vigilance Committee. Like Stringer, Shadd moved back to the US and was active in electoral politics in Mississippi, where he was elected into the Mississippi House of Representatives (1871-1876). He also served as the Speaker of the House for a year. 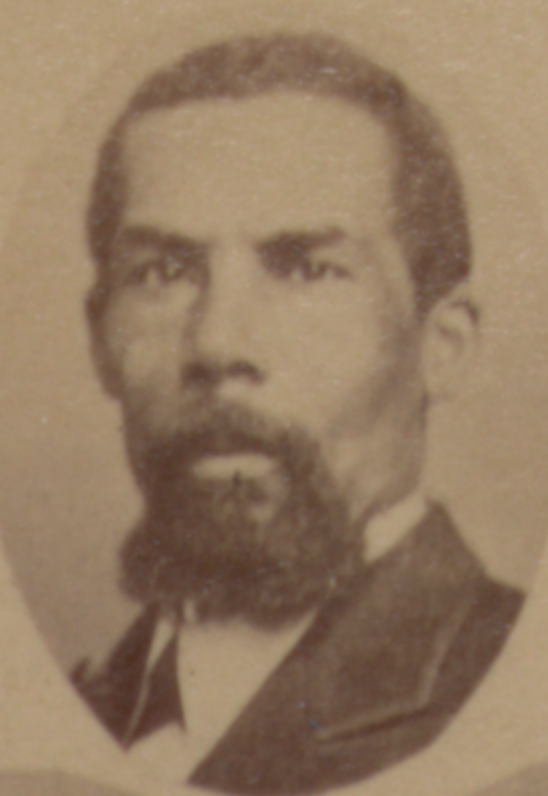 One of the 39 Black men in attendance.

One of the 39 Black men in attendance. Fisher possibly served in the Union army in the Colored Infantry [1].

Owen Brown was John Brown’s son. He took part in the Pottawatomie Massacre and the Harpers Ferry Raid. He “was able to escape arrest after the Raid” [1].

Anderson was a free Black man living in Canada. He was elected as secretary of the convention. He took part in the raid and escaped. With Mary Ann Shadd Cary’s help, he published A Voice from Harper’s Ferry. 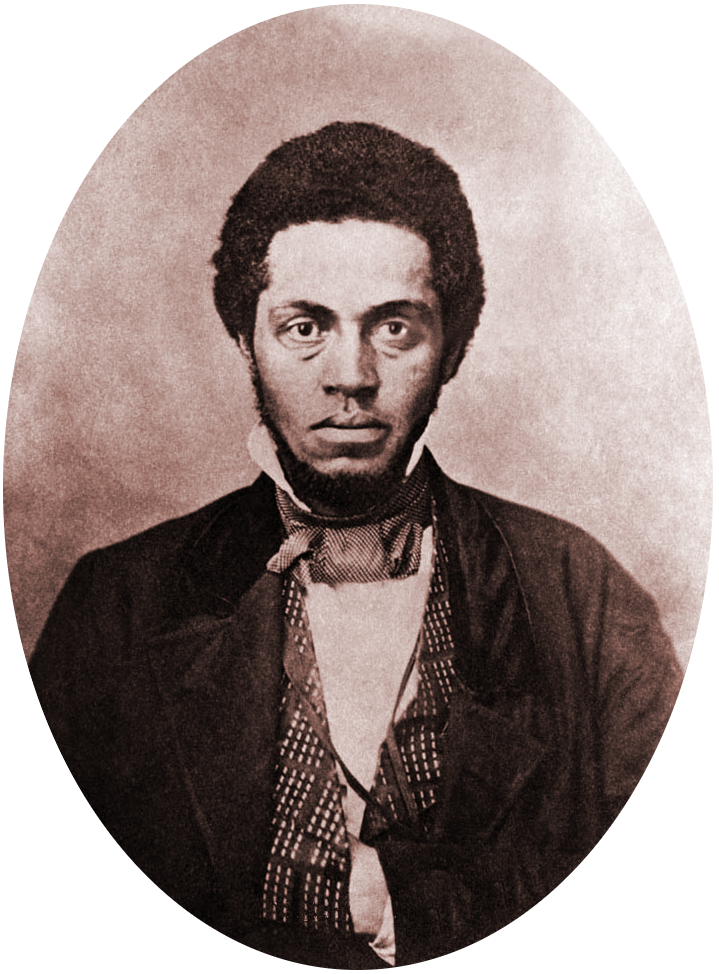 Kagi was Brown’s righthand man. He was a newspaper editor and reporter before joining the free state cause in Kansas, where he participated in multiple raids. He died in Harpers Ferry.