In a meeting in Syracuse, New York, in October 1850, which was “called to defy the Fugitive Slave Law, Jermain Loguen announced that he didn’t respect it, he didn’t fear it, and he wouldn’t obey it.” 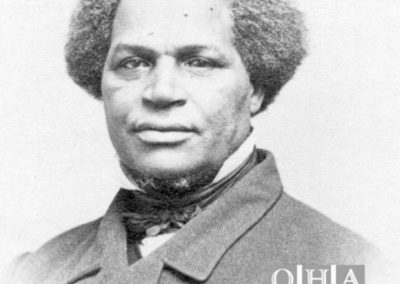 He continued to combat slavery with his words and actions by taking part in the “Jerry Rescue” (the rescue of enslaved man William Henry ‘Jerry’ in Syracuse). In August 1853 Loguen wrote to Frederick Douglass’ Paper regarding his involvement in the Jerry Rescue, “adding that he welcomed an appearance in a Republican Court of Justice for loving liberty for a Brother” [1].

At this point, Loguen’s mother, sisters, and brothers were still enslaved, and he “added. . .[that] he would, as God was his judge, rather hear of them swimming in blood in quest of their liberty than having them swimming in blood for the rest of their days.” John Brown read this account and wrote to Frederick Douglass’ Paper to express his admiration and support: “It has a certain music to it that fills my ear, that I cannot well suppress the pleasure it affords” [2].

After the Jerry Rescue Brown met Loguen in Syracuse and they developed a close partnership [3].

Like most Black activists and abolitionists, Brown and Loguen were vocal opponents of the Kansas-Nebraska Act. In a letter to Frederick Douglass’s Paper dated March 7, 1854, and published on April 14, 1854, Loguen “urged that companies of emigrants from the free states be organized and ‘set out to possess the goodly land’” [4].

Loguen joined forces with Brown in April 1858, guiding him through the American border and into Canada. Together they traveled to St. Catherines, whose 6000 person population included approximately 1000 Black Canadians and Americans [5].

Brown and Loguen journeyed to Canada to meet with Harriet Tubman. Loguen spoke of Tubman with reverence: “Among slaves she is better known than the Bible, for she circulates more freely.” It is likely that Loguen was present for Brown’s meeting with Tubman [6].

In bringing Brown to meet with Tubman, Loguen played a vital role in the later enactment of Brown’s planned raid, since Tubman was one of major organizers and supporters of the Raid. 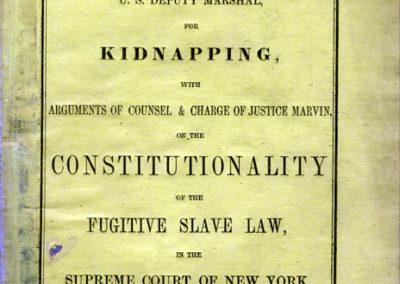 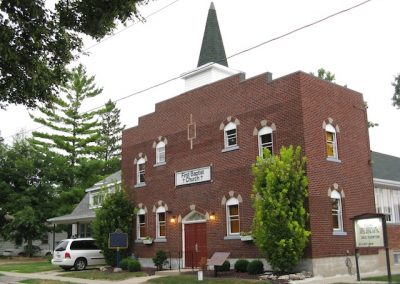 Brown continued to plan and attempt to gather money and supporters for the Raid during the Chatham Convention. Loguen was invited to the convention, but replied that he could not make it, but stated that he “would like very much to see you and your brave men before you go to the Mountains” [7].

Although Loguen did not attend the convention, he was nominated President of Brown’s provisional government. Anderson and Kagi, Secretaries of the Chatham Convention, report in the official minutes that “The nomination was afterwards withdrawn, Mr. Loguen not being present, and it being announced that he would not serve if elected. Mr. Brown then moved to postpone the election of President for the present. Carried” [8].

After the Raid had to be delayed, enthusiasm among Brown’s Black allies waned. In an attempt to rekindle this support, John Brown Jr. and Jermain Loguen “busied [themselves] during the summer of 1859 in forming branches of the ‘League of Liberty,’ an agency to recruit black followers and supporters.”

Although they were able to establish “cells [in Canada] in Buxton, London, Hamilton, St. Catherines, Windsor, and Chatham,” support was not as strong as expected [9].

It can be assumed that the “Agent” that Anderson refers to in A Voice From Harper’s Ferry is Loguen, since Anderson writes: “In the month of August, 1859, John Brown’s Agent spent some time in Canada. He visited Chatham, Buxton, and other places, and formed Liberty Leagues, and arranged matters so that operations could be carried on with excellent success” [10]. 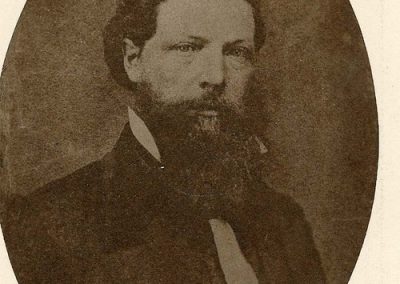