Born in Torrington, Connecticut in 1800, John Brown grew up in a family dedicated to the abolition of slavery. When he was five, the Brown family moved to Ohio [1]. 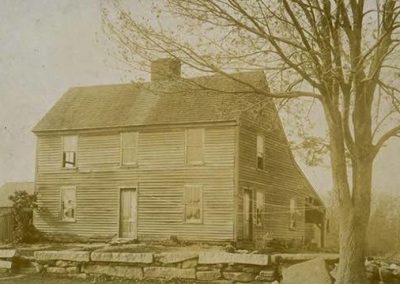 It was there that his father, Owen Brown, a staunch abolitionist, became involved with the Underground Railroad. Indeed, Owen Brown hid refugees from slavery in the barn, with John helping him [2], [3].

Brown became more directly involved with Black radical activists while in Springfield, Massachusetts. This is where Brown first met Frederick Douglass in 1847.

Brown invited Douglass to visit him in 1847 and 1848, where Brown and Douglass discussed a plan to establish groups of armed men in the Allegheny Mountains, in order to aid fugitives [4].

It can be readily assumed that his meetings with Douglass inspired Brown to form the League of Gileadites, a semi-military group consisting of members of the free Black community in Springfield [5].

Formed in 1851, the group’s duty was to protect themselves and other Black Americans who otherwise did not have the means to defend themselves in the event of an attack [6].

Before even meeting Douglass, however, Brown had been influenced by radical Black Convention activists such as Henry Highland Garnet and Jermain Loguen.

During the 1840s, Brown was already moving in these circles. Indeed, Douglass did not visit Brown merely on Brown’s invitation—Garnet and Loguen urged him to. Brown’s involvement with Black activists continued to grow throughout the 1850s [7]. In 1855, Brown became involved with the Radical Abolitionist Party, members of which included James McCune Smith, Douglass, and Loguen. 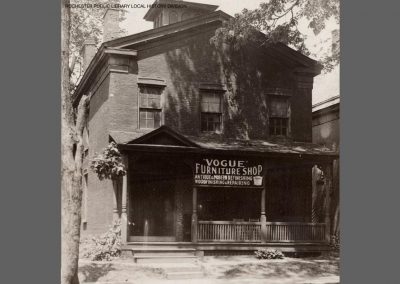 The Douglass home in Rochester, NY when it was the Vogue Furniture Shop, c. 1936. Image courtesy Monroe County Library System. 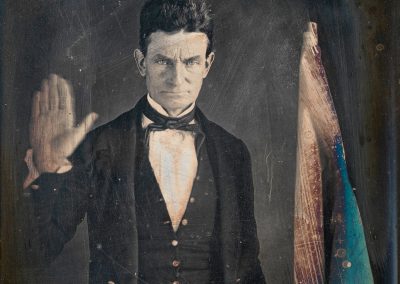 In June 1855, the Party held one of its conventions in Syracuse, New York. Brown attended the convention and spoke at the closing session in order to persuade conventioners to help provide him with “men and means” to make Kansas a free state [8], [9].

Brown’s desire to overthrow “the infernal institution” resulted in the plans for a raid on Harpers Ferry. Most of the planning took place at The Chatham Convention.

It was at this inter-racial convention that Brown shared his “Provisional Constitution and Ordinances for the People of the United States.” Convention members included Thomas F. Cary, Isaac D. Shadd, Martin Delany, and Osborne P. Anderson [10], [11].

[5] The passage of the Fugitive Slave Act of 1850 also influenced Brown’s decision to form this self-defense group. It is likely that Brown was also inspired, and had knowledge of, other Black self-defense groups, such as the “League of Freedom,” the “American Mysteries,” and the “True Bands,” as noted by Hannah N. Geffert in “John Brown and His Black Allies: An Ignored Alliance,” The Pennsylvania Magazine of History and Biography, vol. 126, no.4 (Oct., 2002), p.593. Print.

[12] For more on the aforementioned women, see the Black Women Allies tab and its subtabs.