The following interviews were conducted after Brown was wounded, captured and imprisoned after the Harpers Ferry Raid. These interviews were republished in full in Louis DeCaro Jr.’s John Brown Speaks: Letters and Statements from Charlestown (2015). 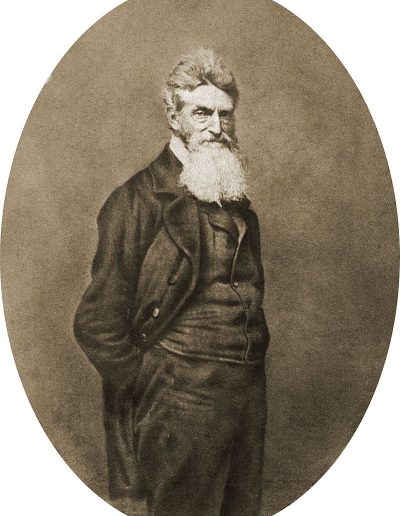 John Brown, c. 1859. Reproduction of a daguerrotype by Martin M. Lawrence. Image courtesy of Library of Congress via Wikimedia Commons.

Below are some excerpts from said interviews.

From the Baltimore American and Commercial Advertiser, October 24, 1859, published under the title “A Visit to the Prisoners in Charlestown”:

“He wanted the reporters, when he answered their questions, to state the facts that might tell in their favor as well as those against them, otherwise he would not give an answer. ‘Have any of you here…ever stated this fact, that we had no idea or thought of killing or wounding or injuring any person who did not interfere with us? The prisoners I had will testify that they heard me continually order my men not to fire into houses, not even when we were fired upon from them, lest we should kill innocent persons’” [1].

Both Brown and A.D. Stevens, who was imprisoned in the same cell with Brown, repeatedly stated that they wanted facts, not misrepresentations or rumors, reported. The interview continues:

“Stevens, the other prisoner here, broke in very earnestly, ‘We want the facts to go properly before the world. I am willing to die, and expect to die. I am willing now, and have been for years, to die. A thousand years—ten thousand or million deaths—if I can by that means benefit the cause’” [2].

In an interview with Editor David Eichelberger, conducted on October 21, 1859 and published on November 22, 1859, in the Independent Democrat of Charles Town, Virginia (now West Virginia), Brown discussed his beliefs and actions while refusing to implicate others in his plans. The interview was conducted in the form of a written questionnaire and Brown responded to the questions in writing [3].

The end of the questionnaire is as follows:

“Ques. Do you believe in the equality of white and black?

Ans. Yes, God forbid I should doubt it; further than is occasioned by their dreadfully unfortunate circumstances.

Ques. Had you been successful in freeing the Negroes from bondage, what did you propose to do with them?

Ans. The same precisely as I would do with other men, do them justice as God requires” [4].

The language Brown used in the above interview is similar to that used in “A Declaration of Liberty by the Representatives of the Slave Population of the United States of America” (1859) in that Brown argued that enslavement is immoral and that men were indeed all created equal. 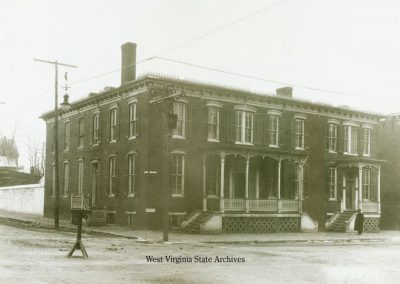 Brown was not afraid of directly confronting those who supported slavery, particularly those who called themselves Christians. In “Brown’s Interview with a Minister,” which took place on November 23, 1859, and was originally published in the Baltimore American and Commercial Advertiser (republished on Dece,ber 1, 1859 in the New York Herald), Brown confronts Rev. James H. March:

“The reverend gentleman having advanced an argument in favor of the institution of slavery as it now exists, Brown replied….‘My dear sir, you know nothing about Christianity; you will have to learn the ABC’s in the lesson of Christianity; as I find you are entirely ignorant of the meaning of the word. I, of course respect you as a gentleman, but it is as a heathen gentleman’” [5].

Rev. March was so upset by Brown’s statements, that he “here thought best to draw such a discussion to a close, and therefore withdrew” [6].

Brown and his Black allies confronted slavery and Christian hypocrisy on and off the battlefield, and although Brown was imprisoned, his words and those of his Black and White allies continued to fan the flames of dissent, contributing to the start of the Civil War.