The radical activist networks that influenced and worked with Brown included those of formerly enslaved leaders such as Jermain Loguen, Henry Highland Garnet, Frederick Douglass, and Harriet Tubman. Of these, Brown was closest with Garnet, Loguen, and Douglass: “Each of this trio had voiced strong and incendiary anti-slavery sentiments, confirming Brown’s opinion that he had not misread the militant mood of the black community as a whole” [1].

Garnet has been described as “a firebrand after Brown’s own heart.” Garnet was just 27 years-old when he delivered the collaboratively authored, militant and divisive “An Address To The Slaves Of The United States” [2].

This “Address” was explicitly addressed to enslaved people in the South. It was delivered at the 1843 National Convention of Colored Citizens. Due to this, the convention itself was seen as controversial in that it permitted a speech “that could be interpreted as a call to the slaves to take action.” By praising the insurrections of Denmark Vessey, Nat Turner, Joseph Cinque, and Madison Washington, Garnet did not shy away from a militant call to action [3].

The speech was put to a vote for its adoption, and only lost by one vote [4].

Those who opposed it included prominent Garrisonian abolitionists such as Frederick Douglass and Charles Lenox Remond. Douglass argued that the “Address” had “too much physical force in both the address and the speaker” [5].

In summarizing the objections to the speech, Garnet wrote: “(1) That the document was war-like and encouraged insurrection; and (2) That if the convention should adopt it, that those delegates who lived near the borders of the slave states, would not dare return to their homes” [6]. 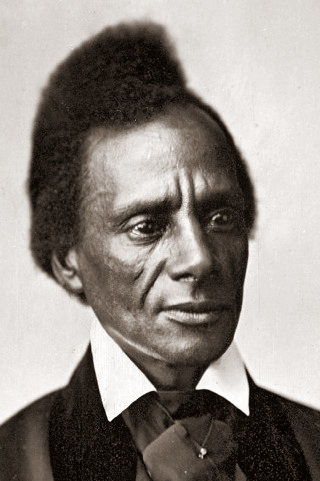 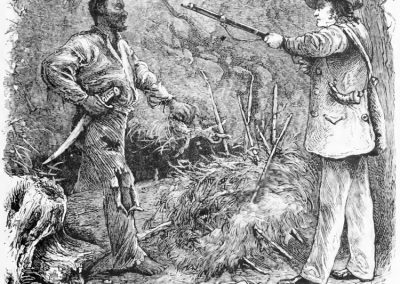 “Discovery of Nat Turner.” Printed on p. 321 of 1882’s A Popular History of the United States. Image courtesy of Wikimedia Commons.

Garnet delivered the speech again at the 1847 National Negro Convention, which was held at Garnet’s Liberty Street Presbyterian Church. The speech received a largely enthusiastic response, but once again failed to be voted into adoption [7].

These setbacks did not deter Garnet from spreading a message of militant, radical abolitionism. Indeed, in May 1858, Garnet attended the American Abolition Society’s anniversary convention: “in an address, he called for increased efforts to destroy slavery. As a member of the convention’s executive committee, he took a leading role in formulating many of the resolutions” [8].

Garnet continued to advocate for the “total destruction of slavery” throughout 1858. Garnet was a delegate at the 1858 Colored Men’s National Suffrage Convention in Troy, New York. He had hoped that “such a convention would endorse the Radical Abolitionists in the upcoming state elections. He planned a tour of New York to line up black support for the convention. He desired to have men such as Douglass and Loguen join him in his campaign” [9].

At this point, many of the other Black Nationalists also supported and advocated for “the violent overthrow of slavery,” such as Martin Delany, William Webb, and William C. Munroe. Such plans were discussed at the Chatham Convention, organized by Delany. Munroe served as President of the Chatham Convention [10]. 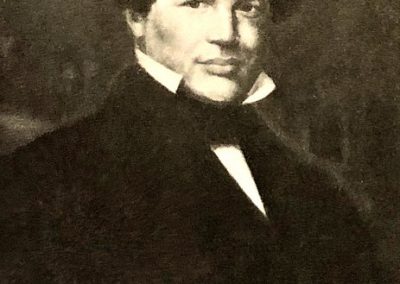