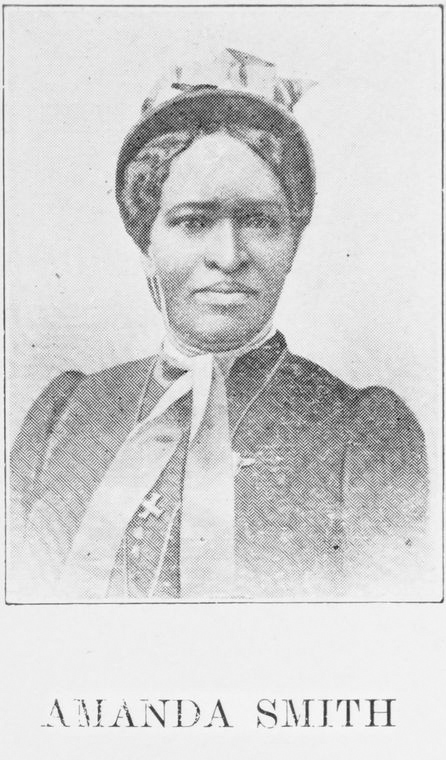 Amanda Berry Smith was born enslaved in Long Green, Maryland. Smith’s father purchased her and several other family members’ freedom from slavery before he died. Smith became associated with the Holiness movement but remained connected to the AME church. Smith was an independent itinerant preacher and never ordained by any denomination. Through her powerful preaching, Smith traveled to India, Ireland, Scotland, England, and Africa. Smith founded an orphanage and school for Black children in Harvey, Illinois. Smith wrote her biography, An Autobiography: The Story of the Lord’s Dealings with Mrs. Amanda Smith, the Colored Evangelist, published in 1893. 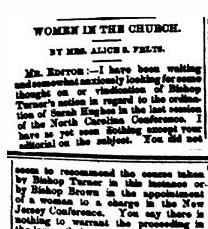 The Christian Recorder published a letter written by Mrs. Alice S. Felts who vehemently defended the place of women in the church. She also lauds Bishop Turner for ordaining Sarah Hughes and believes he should have received more support and blessing.