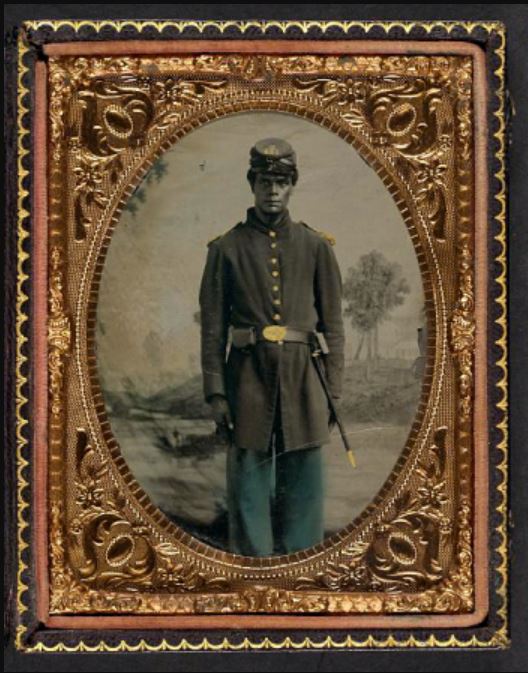 Many Black soldiers avidly engaged with the Black press. Soldiers read and wrote letters to The Christian Recorder about their wartime experiences, general interest topics, and maintained correspondence with other subscribers. They also related the multiple battles they fought for themselves and family and friends back home. Many enlisted while still enslaved; others were free men fighting for a country where race-based discrimination and oppression was alive and well. Black soldiers—who often could not give testimony in court, who could not vote in all but five states, and who were told they “had no rights whites were bound to respect” by the Supreme Court just years before in 1857—were fighting in a war purported to bring about the end slavery. Yet the experiences of many Black soldiers, free and enslaved, reinforced their second-class citizenship. The loyalty, strength, and integrity of Black soldiers were maligned in the popular press. The military was segregated, and Black soldiers often did not receive adequate supplies, training, or support.

» Use the storymap below to read letters from Turner and other Black soldiers during the Civil War.

These letters were published in The Christian Recorder and made available by Accessible Archives.