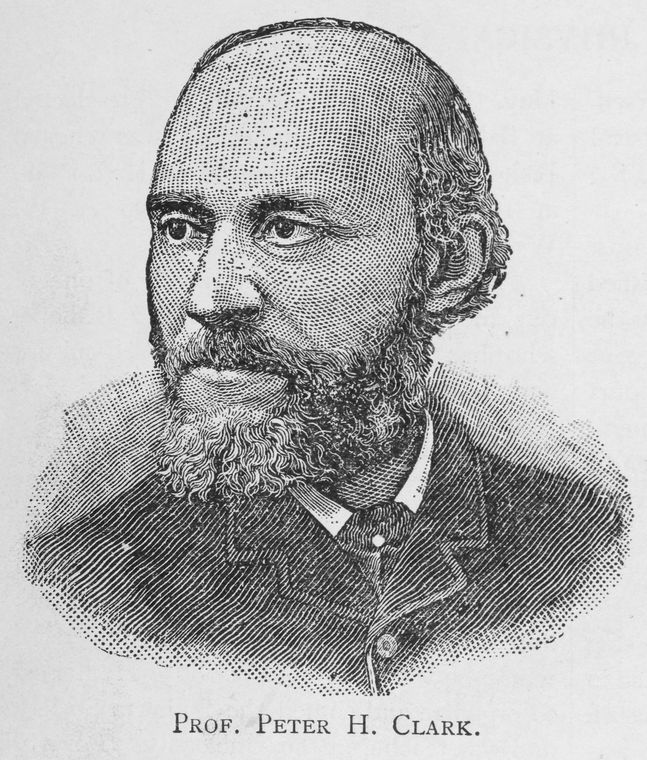 Born in Cincinnati, Ohio, in 1829, Peter H. Clark was a remarkably prominent and respected Black activist throughout the last half of the nineteenth century.[1] As a writer, speaker, and delegate in numerous Colored Conventions, Clark took an interest in issues such as, education, suffrage, emigration, and abolition.

In the early 1850s, Clark began work as a schoolteacher in Ohio’s first “Colored” school system.[1,2] During this time, he became active in Black abolitionist circles and began to attend anti-slavery conventions. Clark served as a secretary at the 1853 Rochester National Convention, where the manual labor school was, once again, placed on the agenda.[3] Though Clark was one of the biggest proponents of African American education and firmly believed in mechanical labor as a necessary aim for African American youth, he did not trust the American Industrial College to succeed. Instead, he proposed that well-established Black mechanics unite in an “extensive co-partnership” and employ youth as apprentices. As for “head-learning,” he believed this matter should be left to “common schools.”[4]

In 1855, Clark began his own abolitionist newspaper titled the Herald of Freedom, focused on Ohio’s free Black population.[5] Though the paper was widely commended, the Herald discontinued after only a few months.[6] In the next year, Clark moved to New York after Frederick Douglass, a close associate, offered him the position of assistant editor of Frederick Douglass’ Paper.[7]

Clark soon moved back to Cincinnati to establish the city’s first Black high school and to focus on educational activism, leading Clark to serve as a “teacher, principal and superintendent of Black schools in Cincinnati” for over thirty years.[7,8] In 1884, following the proposal of a law to integrate schools, he became involved in the controversial issue of multi-racial schools. Though supportive of the concept, Clark opposed the law because of its failure to include Black teachers, as he believed the absence of African American educators would ultimately hinder the education of African American students.[9] Clark’s stance against integrated schools eventually resulted in his dismissal by Cincinnati’s all-white school board.[7] Clark then went on to serve in Alabama and Missouri school systems until his retirement in 1908.[10,11]

Clark continued his active involvement in state and national conventions, the Black press, and education reforms until his death in 1925.[12]

[6] “The Herald of Freedom and the Colored People of Ohio,” Provincial Freeman, November 3, 1855.