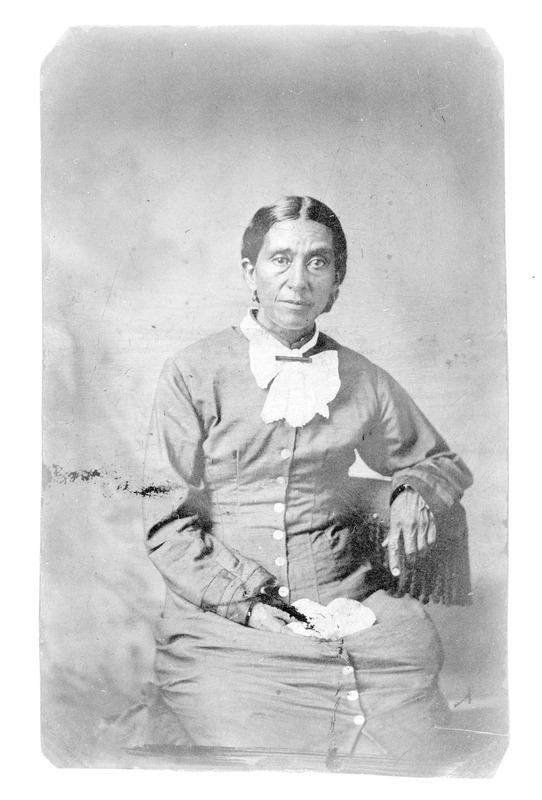 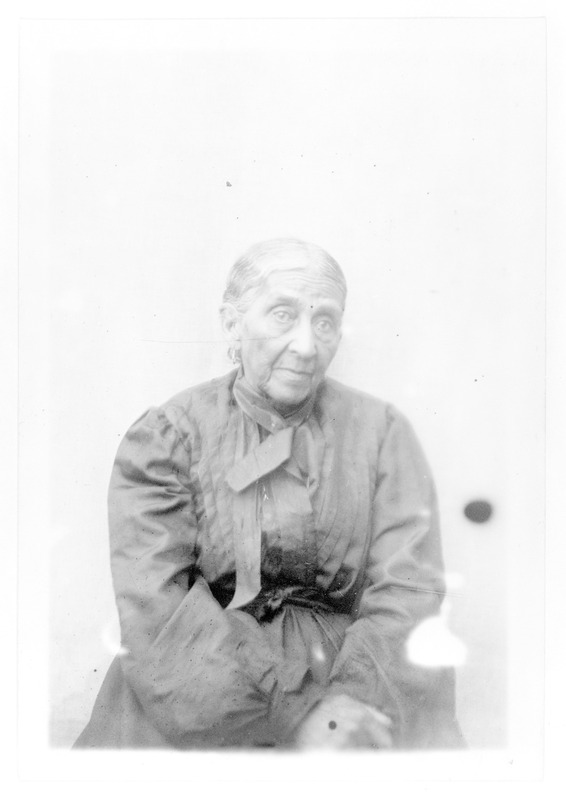 Mary Sampson Patterson Leary Langston, born Mary Sampson Patterson in North Carolina in 1835, attended Oberlin College where she became immersed in political activism that ensued throughout her life.[1] Mary Langston was most likely not at the 1853 Rochester convention, however, due to her political social circles in Oberlin, she ostensibly knew and supported those who did attend.

Patterson was the daughter of a formerly enslaved man who highly valued education; for this reason, he brought his family to Oberlin, Ohio, to secure a college education for his children.[2] Another account indicates that Mary Patterson moved to Oberlin, Ohio, to avoid men who profit from kidnapping and enslaving free African Americans.[3] She enrolled in Oberlin College and obtained the degree of Bachelor of Arts in 1862.[4] While there, she met and married her first husband, abolitionist Sheridan Lewis Leary in 1859.[5] While Mary was pregnant with her first daughter Louisa, Sheridan Leary left to join abolitionist John Brown in the Harper’s Ferry raid of 1859, where he was shot and killed.[6] Sheridan and Mary socialized in anti-slavery groups that included other abolitionists such as Charles Langston. Leary and Langston also took part in the Oberlin-Wellington Rescue in 1858, where Charles was convicted of breaking the Fugitive Slave Act.[7]

Mary Patterson Leary and Charles Langston married in 1869 and moved to Kansas shortly thereafter.[8] Mary had two more children while married to Langston, Nathaniel and Caroline, and helped maintain the family farm and manage the family business, C.H. Grocers.[9] A devoted advocate for Black education, Mary Langston made sure four of her children completed their college education at Oberlin.

Mary Langston was a proud woman who advocated and supported anti-slavery causes with both her husbands. Starting in 1902, Mary raised her daughter Caroline’s son, who grew up to become the famous Harlem Renaissance author, Langston Hughes. She cared for her grandson until the time of her death in 1915.[10] Hughes remembered his grandmother as an accomplished woman who enjoyed telling him about their great ancestors.[11]

Edited and revised by Samantha de Vera, University of Delaware.