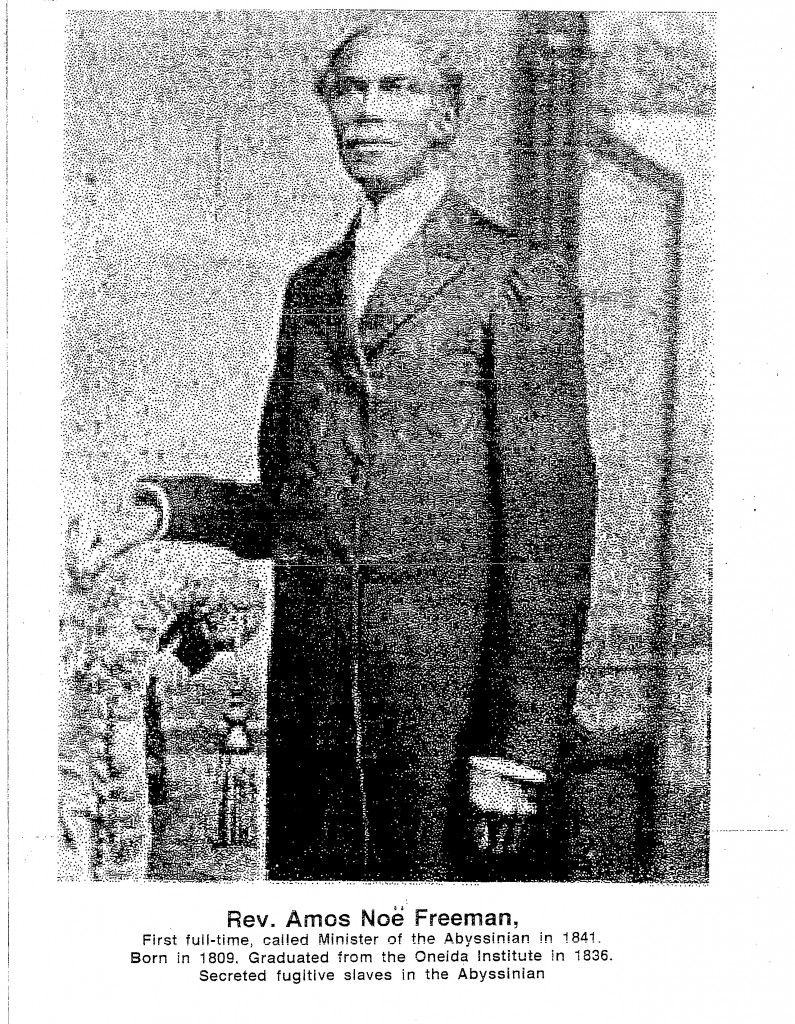 Reverend Amos Noë Freeman attended the Oneida Institute in the early 1830s, with other Black intellectuals and activists such as Amos Beman, Alexander Crummell, and Henry Highland Garnet.[1] During the immediate years after he graduated, he was actively involved in the abolitionist movement. In 1839 he attended the first State Convention of Abolitionists in New Jersey, where he was a director from Essex County in the State of New Jersey Anti-Slavery Society.[2] In addition to attending the first State Convention of Abolitionists in New Jersey, Rev. Freeman was also an attendee of the Rochester National Convention of 1853.[3] He was a member to multiple committees at the convention, but he was not on the committee for a school on manual labor.

While living in New Jersey, Rev. Freeman worked at a school in the city of Newark; his friend and classmate Amos Beman wrote about his visit to Freeman’s school and how the school had improved under Freeman’s watch.[4]

During the 1840s, Rev. Freeman and his wife, Christiana Taylor Williams, moved to Portland, Maine, where he became a pastor at a Black church in the city.[5] Rev. Freeman was the first pastor of the Abyssinian Congressional Church.[6] While living in Portland, Freeman and his wife Christiana became conductors on the Underground Railroad. The couple used both their home and the church in which Rev. Freeman worked as safe havens for “freedom seekers” on the New England portion of the railroad.[7] 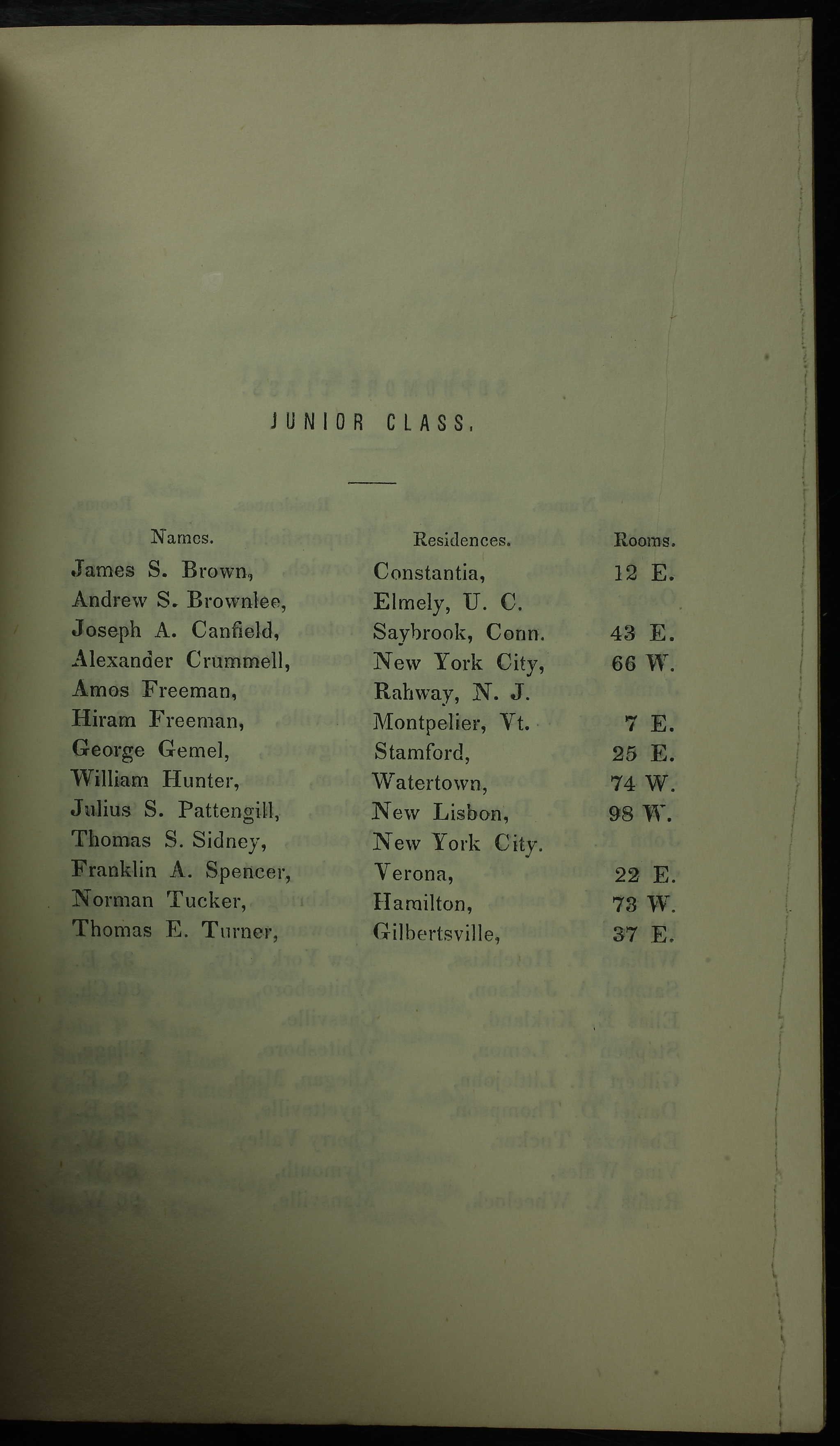 List of pupils in the Junior Class at the Oneida Institute. Courtesy of ancestry.com.

After living in Portland, Rev. Freeman and his family moved to New York where he would become the pastor of Siloam Church in Brooklyn.[8] Throughout the rest of his life, Rev. Freeman was a pastor in different churches throughout New York, with continued participation in the abolitionist movement.

[1] 1837 Catalogue of the trustees, faculty and students of the Oneida Institute, New York.