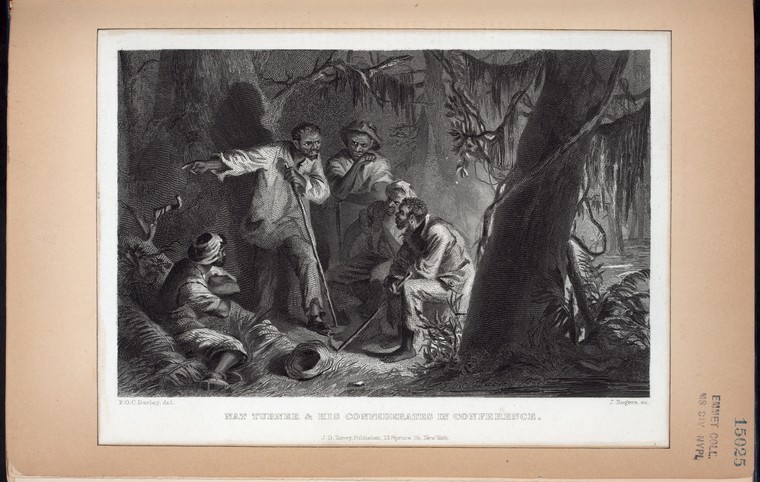 Nat Turner’s legacy and history has been fragmented through unreliable sources and an undeniably white supremacist history, but in the eyes of Henry Highland Garnet and many of the Buffalo National Colored Convention delegates, Nat Turner’s legacy was burned into the mind and imagination as a hero, prophet, and legendary trickster.

Nat Turner was born into slavery to the Turner family, Benjamin Turner and eventually Samuel Turner, in Southhampton County, Virginia, on October 2, 1800. Nat Turner was described as intelligent and cunning with quick apprehension skills. Turner learned how to read and write at a young age and spent much of his time studying the Bible. Whites also speculated that Turner read other works by African American figures such as, David Walker’s The Appeal that inspired his rebellion. Like in the case of Denmark Vesey, whites in Virginia identified a correlation between literacy and Black free citizenry, so after Nat Turner’s mass organized insurrection, many laws were passed in Virginia that “legally mandated illiteracy” for Blacks. 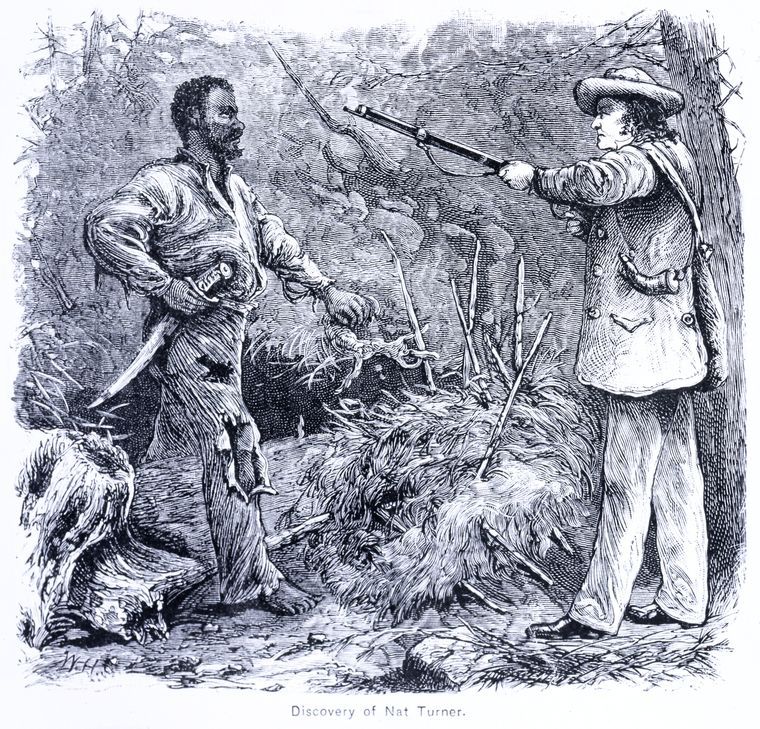 As a result of his religious convictions and visions (which he described as divine messages from God), Turner became the plantation preacher. From this position, Turner was able to connect and mass organize the slaves on the Turner plantation. On August 22, 1831, starting with the Turner enslavers, Turner and his organization of slaves went from plantation to plantation killing white enslavers while freeing Blacks as they moved. Eventually, the white local militia organized and suppressed the revolt by killing and capturing the slave rebels. By that time, fifty to sixty whites had been killed. Turner escaped and eluded the white captors for six weeks before eventually being caught.

Before his brutal execution, Nat Turner was beaten and tortured while Thomas R. Gray conducted and recorded long interviews with him that eventually informed the many distorted “historical” accounts of Nat Turner’s legacy. In the aftermath of the insurrection, legislation prohibited the education, movement, and assembly of slaves, and the rise of state sanctioned violence against the Black body facilitated by white terrorism increased. This resulted in fifty to sixty Blacks being executed for the accusation of participating in the insurrection, and over 200 more were brutally beaten by angry white mobs. 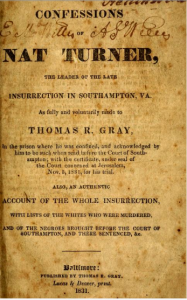 Cover of The Confessions of Nat Turner. Image courtesy of archive.org
Click here to read the whole account.

The Confessions of Nat Turner

Although, Nat Turner’s insurrection was eventually suppressed, in its historical afterlife, Nat Turner’s insurrection is etched in Black memory as a stand against a white supremacist trans-historical power structure. And for Henry Highland Garnet, the utilization of this well-known figure and slave revolt, emphasized the power that came with Black mass organization, Black nationhood, and the historical connections of Black experiences through time in spite of perceived progress. Nat Turner functioned as a prime example of a potentially successful outcome when Blacks nationally organize regardless of social positioning, rise to fight, and take their right to freedom from a white supremacist power structure, which would be the first step toward Black empowerment.

David B. Davis. Inhuman Bondage: The Rise and Fall of Slavery in the New World. (Oxford: Oxford UP, 2006). Print.