Policing the Boundaries of Unfreedom

The convention minutes do not have an extensive description of Henry Highland Garnet’s original “An Address to the Slaves of the United States,” but the speech he gave to defend and justify why “Address” should be adopted and published by the Colored Conventions was received with great applause and tears.

Mr. Garnit, in this speech, occupied nearly one hour and a half, the rule having been suspended to allow him to proceed. It was a masterly effort, and the whole Convention, full as it was, was literally infused with tears. Mr. Garnit concluded amidst great applause.

Referring to the minutes, Garnet defended the merits of “Address” by condemning the system of slavery and connecting it to the experience of free Blacks. Appealing directly to the Black men who were delegates, Garnet forcefully conveyed the shame, powerlessness, and anger that one would feel when experiencing the inescapable circumstances and effects of systems that necessitated slavery and violence against the Black body:

Mr. Garnit went into the whole merits of the case. He reviewed the abominable system of slavery, showed its mighty workings, its deeds of darkness and of death—how it robbed parents of children, and children of parents, husbands of wives; how it prostituted the daughters of the slaves; how it murdered the colored man. 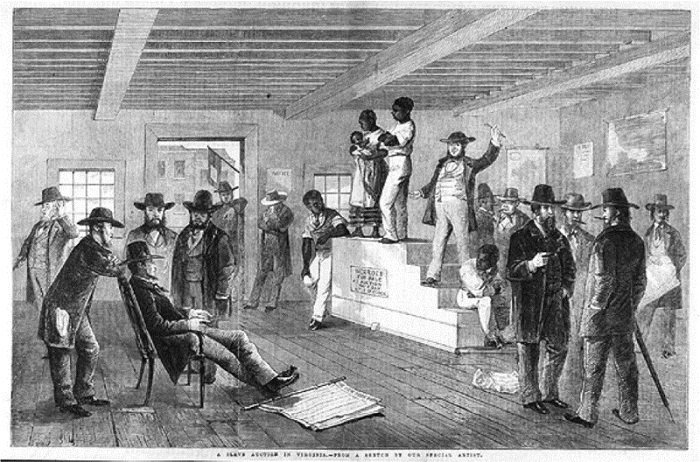 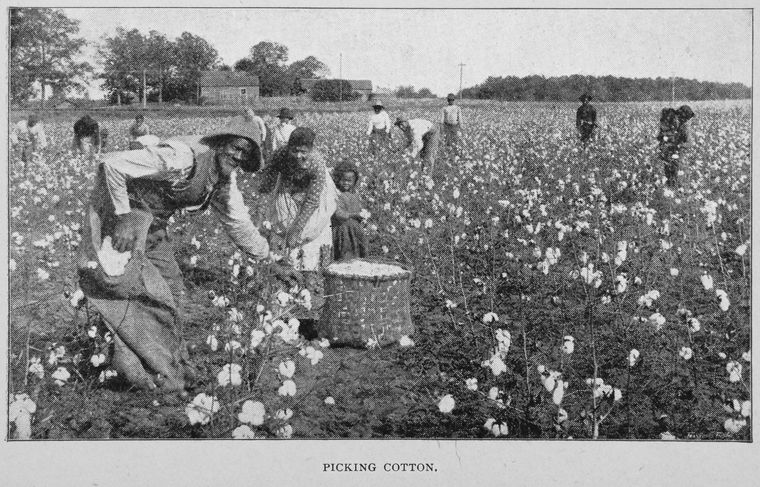 Garnet lamented how the bodies of Black men, women, and children were used and taken advantage of. This photograph shows that even a small child is made to work in the fields. Schomburg Center for Research in Black Culture, Manuscripts, Archives and Rare Books Division, The New York Public Library. “Picking Cotton” New York Public Library Digital Collections.

Men cannot protect their families, young women are prostituted for breeding, and children are separated from parents. This masculinist excerpt evokes the maddening emotions that stems from the inability to build community, protect family, and comfort loved ones when under a degrading institution. The successive listing of these human atrocities convey to the audience the necessity for a radical expedient response to a violent, alienating, wretched institution through violent means. “What more could be done?”

He referred to the fate of Denmark Vesey and his accomplices—of Nat Turner; to the burning of McIntosh, to the case of Madison Washington, as well as to many other cases—to what had been done to move the slaveholders to let go their grasp, and asked what more could be done-if we have not waited long enough—if it were not time to speak louder and longer—to take higher ground and other steps.

Henry Highland Garnet’s strategic recitation of these well-known men whose lives were consumed by white violence, fuses the lived experiences of enslaved Blacks and nominally free Blacks. Garnet re-conceptualized the ideological, legal, and social connections between enslaved and free Black men. Garnet reminded them that in spite of the difference in legal status, the very lives of free Blacks were inextricably tethered to enslaved Blacks in the minds, laws, and blood lust of white terrorism.