Denmark Vesey, also known as Telemaque, was born into slavery in St. Thomas, Virgin Islands, and later sold to a slave trader and seaman in Bermuda where he acquired the name Vesey. After his enslaver retired, they both settled in Charleston, South Carolina, where Vesey eventually purchased his freedom. Vesey paid his enslaver $600 at the age of 32, but he was unable to purchase his wife and children from their enslaver who did not want to sell them. This example of the Black family’s dissolution was created and exacerbated by slavery and white domination, which echo the language of emasculation and emotions of frustration and powerlessness Garnet animates in “Address.”

When Denmark Vesey was free in Charleston, he practiced carpentry and became an active member in the 2nd Presbyterian Church and leader and founder of the independent African Methodist Episcopal (AME) Church. Through his preaching and participation in the Black church, Vesey was able to mass organize the diverse populations of Blacks that made up his congregation in order to form a large Black network. Also, Vesey was fluent in Spanish, French, and English, and literate in English; acquiring these skills from his various experiences in different regions during enslavement. White Charleston leadership identified Black literacy as another major threatening and contributing factor to Vesey’s almost successful mass slave insurrection. 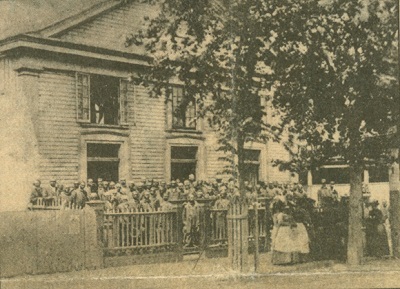 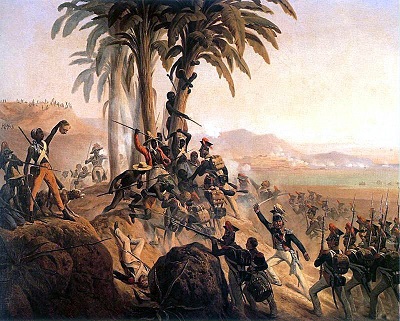 Denmark Vesey was the leader of “the Rise,” a conspiracy, combining networks of free and enslaved Blacks, to aggressively overthrow the white domination in Charleston by any means necessary. The intricate plan included the raid and securing of the Charleston Meeting Street Arsenal, utilizing the weapons to free the enslaved Blacks. Vesey also planned to commandeer a fleet of large ships in order to sail to Haiti, which was a sovereign state that violently overthrew the institution of slavery during the Haitian Revolution (1791-1804). The conspiracy never turned into action because compromised members informed the white leadership in Charleston, which resulted in the suppression of the revolt. 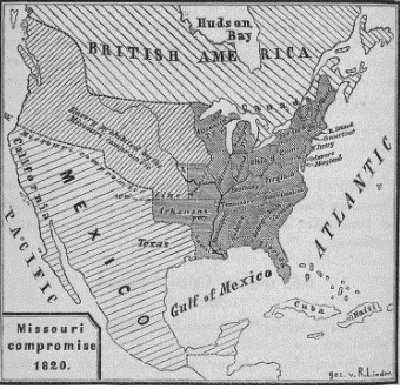 One of the original impetuses for the conspiracy was the Missouri Compromise (1819-1820). Under the presidency of James Monroe, the compromise prohibited slavery in the newly Western regions of the United States, except for the boundaries outlined as the small state of Missouri, which functioned as a Western marker of Southern states. Vesey identified that the slave institution was under attack. At the time, the Black population was significantly greater than the white population in Charleston, which functioned as another contributing factor. Ultimately, much like Garnet, Vesey conceptualized that mass Black solidarity between free and enslaved Blacks would be the first step towards creating an empowered, free Black nation.

Browse below to read the official report of the trial of the men involved in the uprising. Courtesy of archive.org.