The Report for a National Press 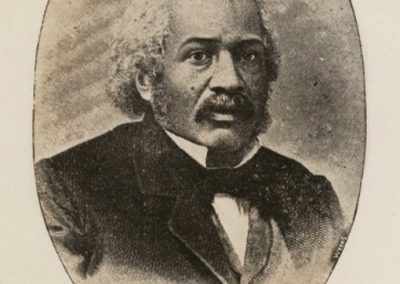 James McCune Smith, G.B. Wilson, and William H. Topp prepared a report that advocated for the creation of a national press. The endeavor was pitched as being funded, written, edited, printed, and read by people of color. The writers also proposed that a committee of eleven men would run it from places ranging from Connecticut to Kentucky. As a press by people of color for people of color, it was integral to advancements in education and civil and social lives.

The writers of the report knew that writing and printing the triumphs and defeats of not only the national community of people of color, but also the nation as a whole, kept them responsible for their actions. Because the proposed press would have been printed weekly and quarterly, the readers would be able to read pieces that were uplifting and pieces that reminded them that there was still so much work that needed be done on many issues. By being national, albeit being based mostly in New England, the periodical could cover a wide variety of issues and draw in many voices to share with its readers. This would have allowed the readers to be exposed to differing viewpoints. The press would allow readers to fashion their own civil identity through their reading and discussion of the printed word with their friends and family.

The report mentions that many reliable Black newspapers already existed at that time, and it acknowledges that those endeavors must also be supported, as well as, their proposed national press. This new national press was not to interfere and cause pre-existing printing offices to close their doors, but rather to supplement them. The committee that would run the periodical would be made up of delegates from Massachusetts, Connecticut, New York, New Jersey, Pennsylvania, and Kentucky. Those residing in New York would be the financial committee, and two thirds of the entire committee would have to agree on the disposition of funds accumulated. The creators of the report proposed that the committee would meet every six months and would publish their minutes and sums collected by their agents in the proposed periodicals printed by the national press. This would not only keep the committee responsible for their actions, but also the readers; by publishing their proceedings in the periodical, the readers would have a chance to interact as well.

The Emancipator Endorses the National Watchman

When the Ram’s Horn proves.

Once the report was finished, the next step was to debate.

The main objections that were held by the delegates opposed to the creation of a national press were based in real fears about the actual business of printing. They pointed out issues such as scale and funding; the idea seemed too large of an undertaking, and such project would require a lot of money. Many smaller printers found their papers folding due to lack of funds, whether due to low numbers of subscriber or patron funding; the papers that were more successful often had white patrons. The opposition also pointed out the competition among already existing newspapers. They feared that it would force the pre-existing papers to fold, and instead of creating a new press, the community might choose to support the papers that were already circulating. One delegate, Stephen Myers, offered a compromise; he suggested combining Ram’s Horn and National Watchman to create a new national press.

Frederick Douglass was very much against the formation of a national press. His major worry was that it would devolve into a clique. He expressed his backing for the idea continuing to support the existing newspapers of the time. It is also interesting to note that while this convention was taking place, Douglass was planning the debut of his own newspaper, the North Star. The convention took place on the sixth through the ninth of October 1847, and the first issue of the North Star was printed on December 3, 1847. This could have been the root of his opposition to the creation of the proposed national press.

The debate went on for close to two complete days at this convention, showing that it was quite a divisive topic. At the end of voting, the count was 27 yea to 8 nay.