In 1846, the New York state legislature reinstated an old voting law designed to deny Black men the right to vote. The law stated that in order to be eligible to vote, they had to own an estate worth at least $250.

Gerrit Smith, a New York politician, social activist, and abolitionist, responded to the unjust law in an unexpected way: he decided to donate 120,000 acres of land near the tiny town of North Elba, New York, to 3,000 Black families willing to move there and become farmers. The land was not worth $250 in an uncultivated state, but Smith believed that clearing the land, planting a farm, and building a house would provide the farmers not only with a living but, eventually, the right to vote.

Smith’s plan garnered a great deal of attention, even warranting an official resolution of thanks from the 1847 Colored Convention that took place in Troy, New York. Frederick Douglass’ newspaper, the North Star, published numerous articles praising Smith’s generosity and promoting the settlement project, which came to be known as Timbuctoo.

John Brown, who would later lead the raid on Harper’s Ferry, Virginia, was so enamored by Smith’s plan that he bought land adjoining the Timbuctoo settlement, moved his family there, and proposed to act as a “father” to the settlers by teaching them how to farm. 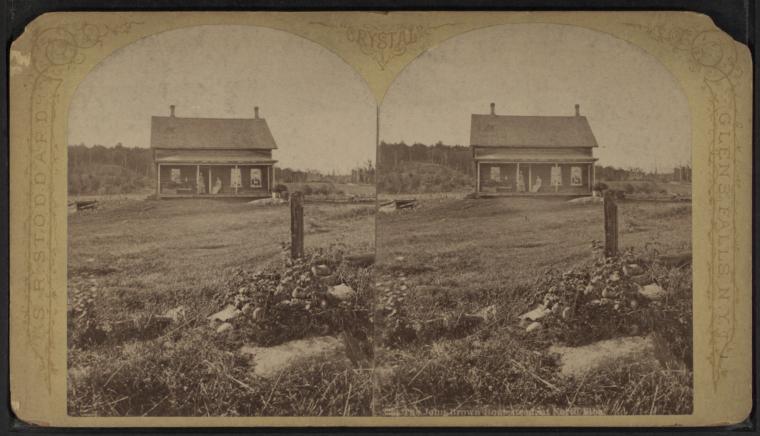 Issues arose in Timbuctoo settlement. Chief among them were:

The first set of problems came with the land itself. As the map in below indicates, North Elba was indeed north—of almost everything. Located in the Adirondack Mountains, the land was isolated and difficult to reach. It was also covered in large trees that had to be felled and removed before anything could be planted. The ground itself was rocky and infertile, and growing seasons were short. 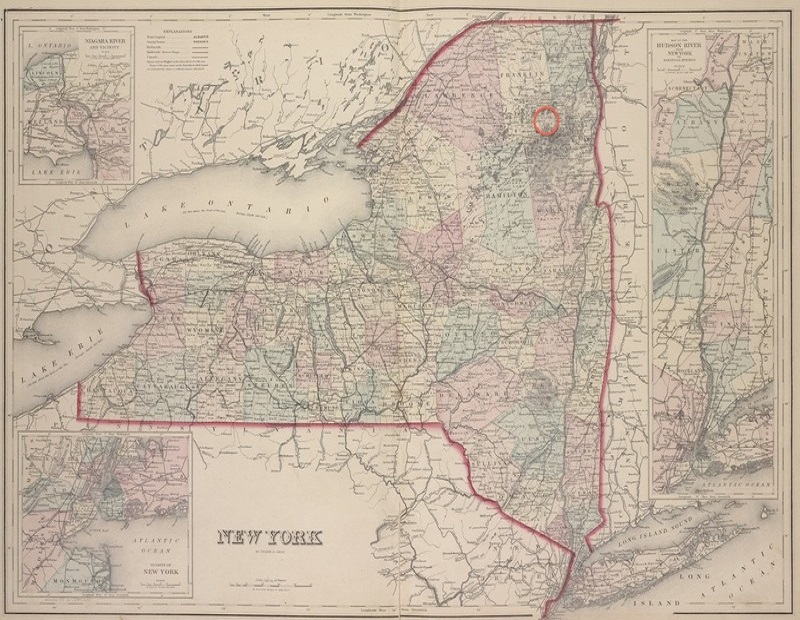 North Elba (circled) is located in the mountainous region of New York. The land needed to be cleared to be suitable for any kind of farming. Even then, the land was not fertile enough.

The settlers themselves worked under a number of disadvantages. The first was money. Though the land was free, many grantees could not afford to pay for the trip to get to it, much less for the equipment needed to clear the land or build a house. Another problem was that most of the grantees were city folk with little to no farming experience. Finally, one of the conditions Gerrit Smith imposed on the gift was complete abstinence from alcohol consumption, a dictate that was not particularly popular. In the end, of the intended 3,000 families, less than 200 actually took up residence in Timbuctoo.

Gerrit Smith envisioned an utopian community in which all races and classes cooperated and lived sober, fruitful lives. Many white residents in the area resisted Smith’s ideas. Black settlers also confronted white antagonism and had to navigate attempts to swindle them out of their land and money.

Ultimately, Timbuctoo was an unqualified failure.

The census of 1850 showed that only thirteen Black families remained in the North Elba area. By 1871, there were only two families.[1]

“Smith hoped that the settlement’s success would demonstrate to pro-slavery activists that African Americans could prosper through their own hard work and that a compensated emancipation plan could work in post-slavery America.”[2] Unfortunately, Timbuctoo had the opposite effect he intended. By the turn of the twentieth century, its failure was attributed to the inherently racial shortcomings of the settlers.[3] Only in recent years have scholars returned to Timbuctoo with greater perspective on the challenges and adversity the settlers faced.