The Report for a National Convention: Yeas and Nays 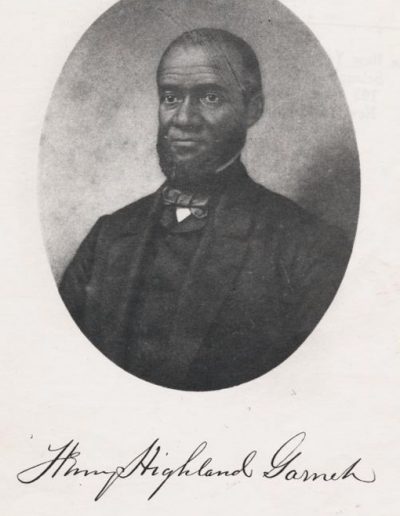 An ordained minister, Garnet was an active and outspoken member of the abolitionist movement. Garnet advocated for a militant approach to liberation, which many of his peers thought too radical. Despite supporting the emigration movement for a time, he refueled his passion for change at home after the Civil War. He fulfilled his last wish of moving to Liberia before dying and spent the last two months of his life in Africa. Despite his involvement with The National Watchmen, Garnet very vocally advocated for the adoption of the report, and he made his frustrations clear, pointing out that there were a number of editors in opposition to the report. He demanded that they overcome their selfishness in order promote the unity and power he felt could be established by a national press. In line with his more militant political views, Garnet explained that the press would terrify their enemies and result in the need for further unification of African Americans against their oppressors. 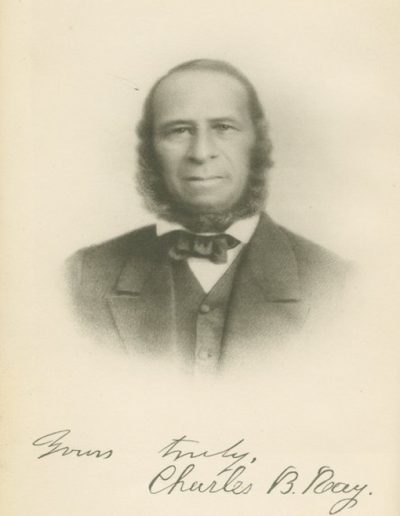 Portrait of Charles B. Ray

A minister and the owner and editor of The Colored American, Ray was a co-founder and director of the New York Vigilance Committee, as well, a member of the American Anti-Slavery Society. Bennett was the first African American enrolled in Wesleyan University, but his enrollment was revoked after only a couple of months due to protests by white students and faculty. Ray suggested that the adoption of the report did not necessarily require that a new paper be formed and did not desire that this report lead to a battle on any current paper; he saw no reason why current periodicals could not step in to perform the role of this national paper. 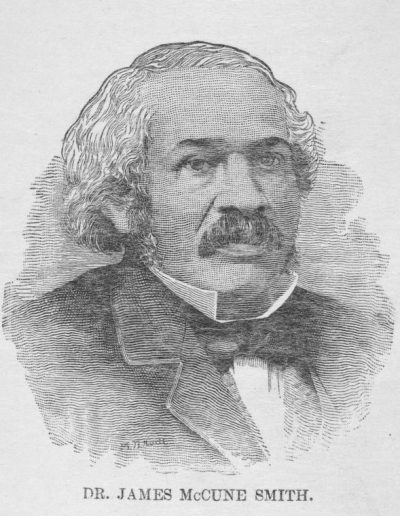 The first African American to earn a medical degree, Smith was a public intellectual and outspoken abolitionist. Smith was a member of the American Anti-Slavery Society, helped found the National Council of Colored People, and was one of the Committee of Thirteen, who resisted the Fugitive Slave Act. Smith wrote the report on behalf of the committee about the printing press, which was later adopted during the 1847 Colored Conventions. In his defense for adopting the national press, Smith gave the example of a suffrage struggle in Connecticut, where African American citizens did not have the means to make their voices heard due to the lack of publication in the area that would publish black voices. Had there been a national press, he argued, they would more likely have been able to make their plight known. 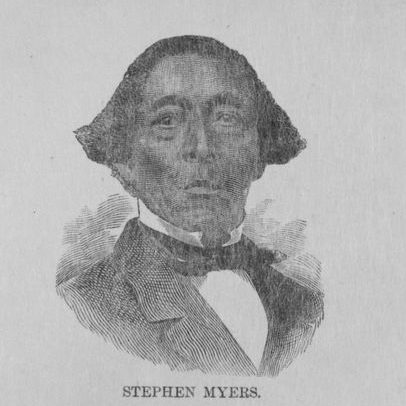 A prominent publisher, Myers helped found the The North Star, Freeman’s Advocate and later his Telegraph and Temperance Journal. He resided in Albany most of his life and was active in several activist groups in the area. Myers headed the Albany branch of the New York Underground Railroad and the Albany Suffrage Club. Myers was opposed to the formation of the national press, as he felt it was an “embarrassment” to those papers already established and instead suggested merging the Ram’s Horn with the National Watchmen into one national paper. Myers decided that he did support the adoption of a national press, but he did not care for the idea of creating a national paper at present. Ultimately, he voted against the report.

A former slave from New York’s Mohawk Valley, Rensselaer escaped his master in 1819. He co-founded the Ram’s Horn and served on the Executive Committee of the American Anti-Slavery Society for a time. Early on in the debate, Rensselaer expressed his fears that such a task as this was too great an undertaking to actually lead to any sort of result. He may have been motivated by his desire to defend his own newspaper. It seems as though he was not wrong, for although the report was adopted by the Colored Conventions, the national press was abandoned without ever having met its desired end. 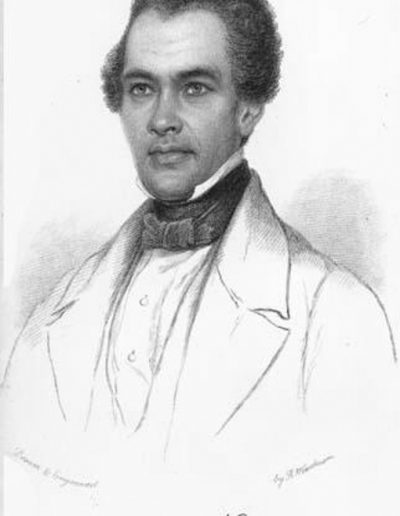 Born into slavery in Kentucky, Brown escaped his captives at age 20 and became a prolific writer. Brown became the first published African American playwright and novelist, and he wrote some of the first histories that focused on African American experiences. After the Fugitive Slave Act was passed, Brown spent several years in Europe until his freedom was purchased, and he returned to the US with his family, including daughter Josephine. Brown often publicly clashed with Frederick Douglass, and he never quite reached the same status of fame that Douglass enjoyed. Having chosen not to vote, Brown seemed opposed, or at least doubtful, that the national press could be sustained. He argued that the press should be funded by African Americans, and he reminded the members to consider The Liberator, which had been given hundreds of dollars by African American communities to keep it afloat. He doubted that the community would be as willing to provide such funding again to an entirely new paper. 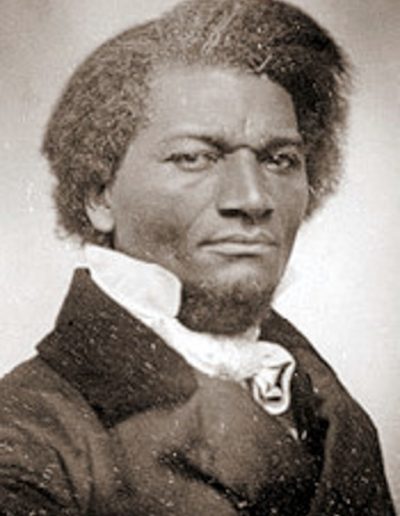 A leading member of nearly any abolitionist movement he agreed with, Douglass amazed and inspired those around him with his powerful gaze, mastery of oration, and rhetorical skills. After escaping slavery in Maryland, Douglass established his firm beliefs that all people are equal, regardless of race, class, or gender. After the passing of the 1850 Fugitive Slave Act, he relocated to Britain. An outspoken advocate for emigration, Douglass often clashed with many of his contemporaries over political and ideological differences. A Narrative of the Life of Frederick Douglass, an American Slave, was widely successful and became the most read slave narrative; the work still dominates the cannon and is often studied in classrooms to this day. His paper, the North Star, was a success and has been well archived and maintained over the past two centuries. Douglass was in favor of a press, but he felt that a national press would eventually fracture into a “clique,” and he instead found it beneficial to sustain those papers already in existence. His decision was probably influenced by the fact that North Star was about to go into publication.