Interactive Map of the Community

The first colored conventions, which began in the 1830s, were held in a close-knit community that had been the hub of Black activism for decades. African American churches operated within yards of one another, surrounded by other charitable institutions, homes, boarding houses, and businesses that supported Philadelphia’s Black population.

The map below shows the institutions that served African Americans. The homes of prominent African-American reformers are indicated by a yellow house icon. Clicking on each icon will reveal the building’s brief historical information, meetings held there, photographs, status, and links to related sites.

This map provides a picture of the connectedness of the Philadelphia community that welcomed the first few conventions and shows that these conventions operated within a rich social, cultural, economic, and geographic milieu. 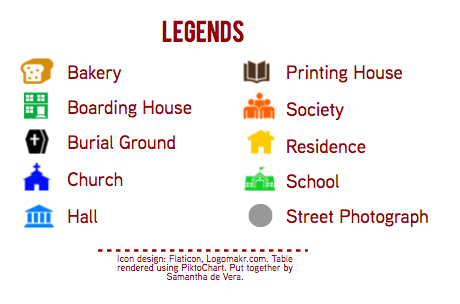