Dressmakers and Milliners: Black Women’s Contribution to the Community’s Mobility

This section highlights African American women’s economic power and reconstructs episodes of their lives as part of a close-knit community that welcomed the Colored Conventions in the 1830s.

On the right side is E. W. Clay’s cartoon, depicting a fashionable African American couple in Philadelphia, purportedly Elizabeth Willson Hinton and Frederick Augustus Hinton (a regular delegate at Colored Conventions in the 1830s). His caricature of the free African American couple suggests that they failed to emulate middle-class values. Meant to “exploit the image of the overdressed and newly freed black,”[1] the cartoon displays Black economic mobility—an image that angered and scared anti-Black populations. Of interest in this picture is the lady’s dress, which is likely the handiwork of a female African American dressmaker. Black wealth translated into patronage of Black business. It is more likely that Black elites hired fellow African Americans to provide goods and services. Black elites were also much less likely to abuse their labor.

In the 1830 Convention titled Constitution of American Society of Free Persons of Colour, the delegates emphasized the necessity of independence. They spoke of “a desire of raising the moral and political standing of ourselves. . . for by the first, we shall be enabled to act with a degree of independence, which as yet has fallen to the lot of but few among us.”[2] Perhaps acknowledged as “few among us” are Margaret Court, Grace Bustill Douglass, and Rachel Scott, who attained independence by capitalizing on their sartorial skills. These women knew that their arduous labors would insure that each thread they worked would eventually “[secure] the freedom of their children.”[3] 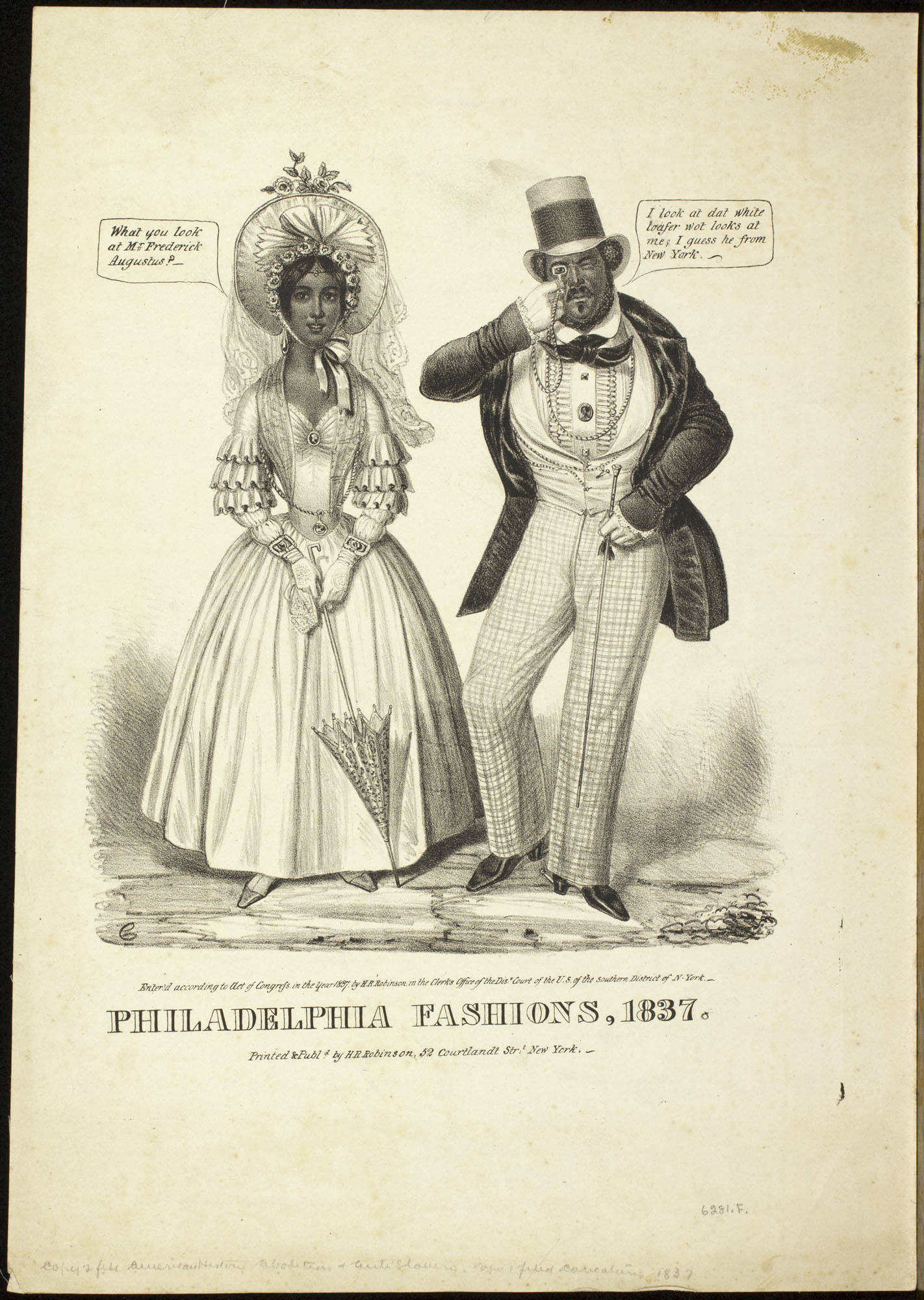 A cartoon of a well-off African American couple in Philadelphia by E.W. Clay. Source: Library Company of Philadelphia.

2. Minutes and Proceedings of the 1830 Convention.