Sarah Curtis was a confectioner at a bakery on South Front Street. It is unclear whether or not she was indentured. She was married to Lewis Curtis who worked as a shoemaker. The 1850 United States Federal Census lists both Sarah and Lewis as “Persons over 20 years of age who cannot read & write.” The Curtises were born at the turn of the nineteenth century in Virginia, a state that only offered free education for African Americans after the Civil War. They must have moved to Philadelphia, knowing that their children would have better opportunities in the city, home to one of the largest populations of free Blacks in the nineteenth century. 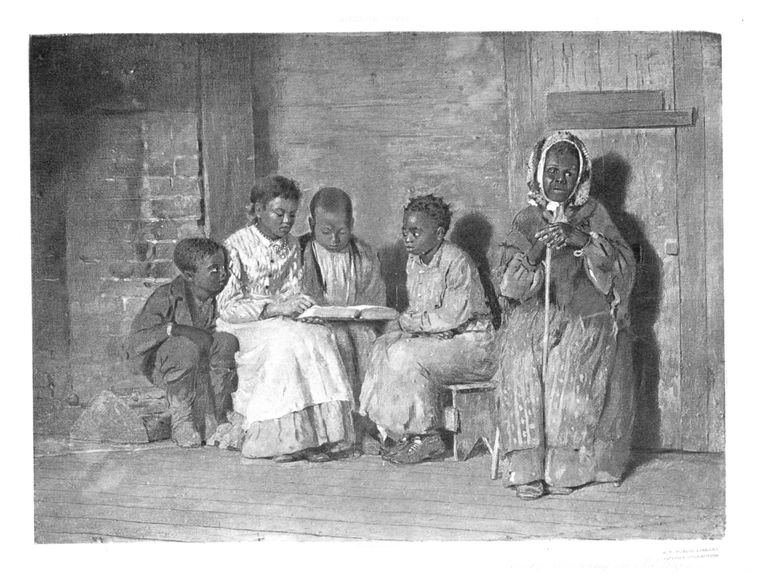 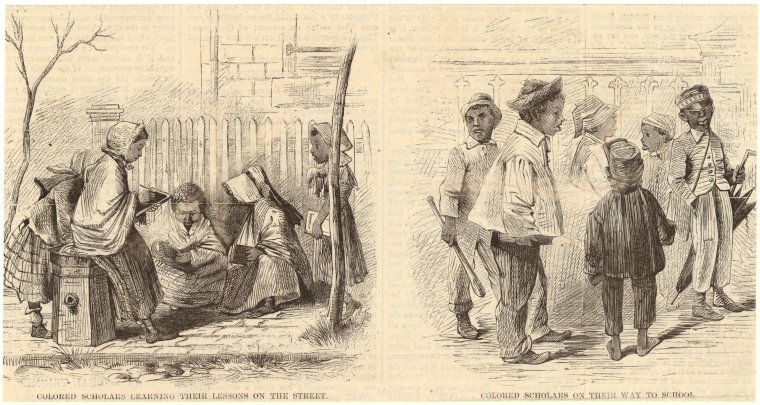 “Colored scholars learning their lessons on the street; Colored scholars on their way to school.” 1867. Photo Courtesy of Art and Picture Collection, New York Public Library.