WOMEN ACTIVISTS: “A GREAT MANY FEMALES BEING PRESENT” 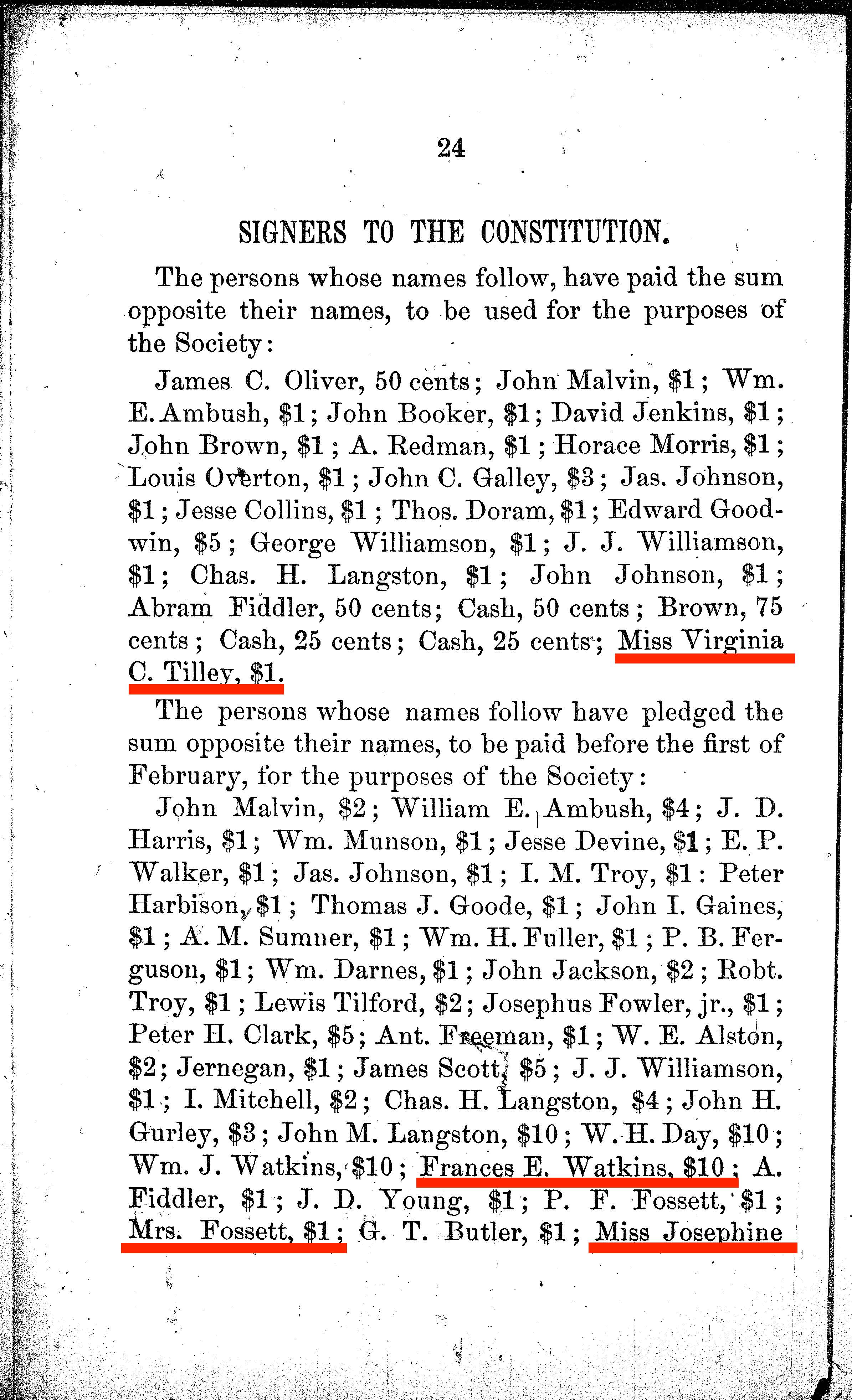 Women signers to the Constitution are highlighted in red. “Excerpt from 1858 Cincinnati Convention Proceedings,” ColoredConventions.org, https://omeka.coloredconventions.org/items/show/1539.

Although neglected in the official convention Minutes, women participated both directly and indirectly in the 1858 convention in Cincinnati. Women were interested and actively involved in the politics of the convention, which would not have been the same without their contributions.

The most direct example of women’s involvement is the convention’s sole woman delegate, Frances Ellen Watkins [Harper]. Watkins requested to be a delegate, advocating for herself and becoming an integral part of the proceedings. The official convention minutes minimize her role, only acknowledging her when absolutely necessary. For example, in the discussion on emigration, two different newspapers note Watkins as one of the primary speakers, but the convention minutes only note the opinions of the male speakers in that discussion. The 1858 convention was likely the first time Watkins served as a delegate, but it was not the last. She would go on to address other conventions like the 1864 convention in Syracuse.

In addition to cash contributions, Mrs. A. E. Lewis and Jane Jackson volunteered to hold a fair to raise money for the Society. Frances Ellen Watkins also joined a committee committed to raising five hundred dollars for the Society. Miss Frances E. Watkins was listed with H. F. Douglass and Wallace Shelton as a “speaker of distinction” in a notice advertising the First Anniversary of the Ohio Anti-Slavery Society. Women were essential in running and financially supporting the Ohio State Anti-Slavery Society.

There were also many women who attended the convention who were not acknowledged in the official Minutes at all. We are able to glimpse them through other contemporary sources. The Liberator reported women’s contributions to the convention that were overlooked in the official minutes. It reported that the Wednesday evening session of the convention was stiflingly crowded because of “a great many females being present.” This single line tells us that the women of Cincinnati’s Black community were engaged in politics, watching the proceedings of the convention carefully, and asserting their investment in the result through their physical presence. 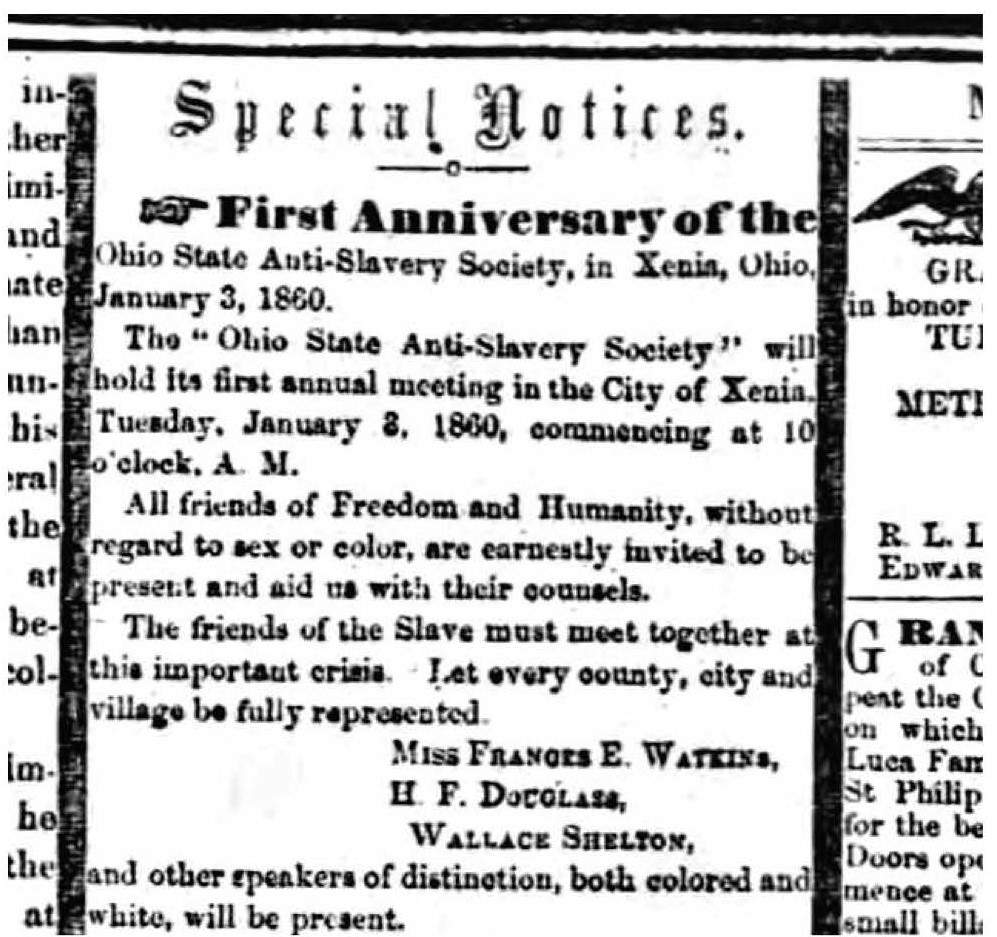 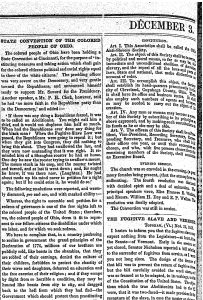 The Liberator reported women’s contributions to the Convention that were overlooked in the official Minutes. “State Convention of the Colored People of Ohio.” Liberator [Boston, Massachusetts] 3 Dec. 1858: 194. 19th Century U.S. Newspapers.