Martin Robison Delany, a veritable Renaissance man, holds an interesting position in American and African American history. He was born in Charles Town, Virginia—now known as Charles Town, West Virginia—to a free mother and an enslaved father. Because his mother was a free woman, Delany was also recognized as a free man. Desiring to educate her children, Delany’s mother, Pati, obtained a copy of The New York Primer and various spelling books, even though teaching African Americans to read and write was illegal in Virginia during this time. The family soon moved to Chambersburg, Pennsylvania, without Delany’s father, Samuel. He joined them a year later once he was able to purchase his freedom. At age 19, Delany left home and walked to Pittsburgh, Pennsylvania, to continue his education at Jefferson College. 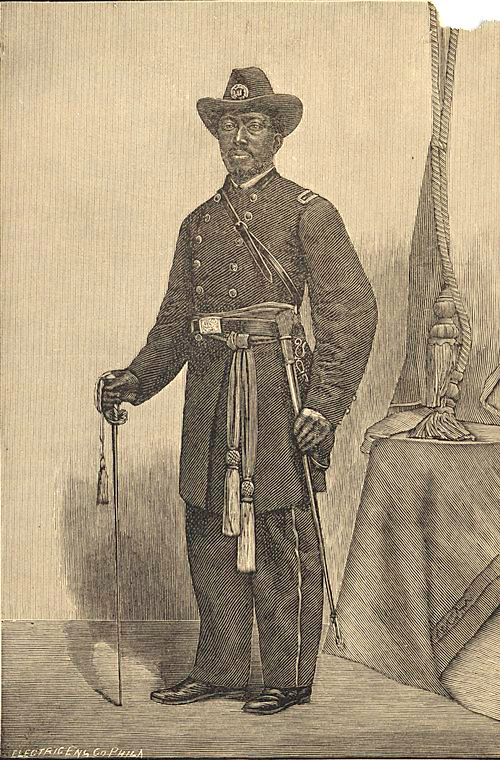 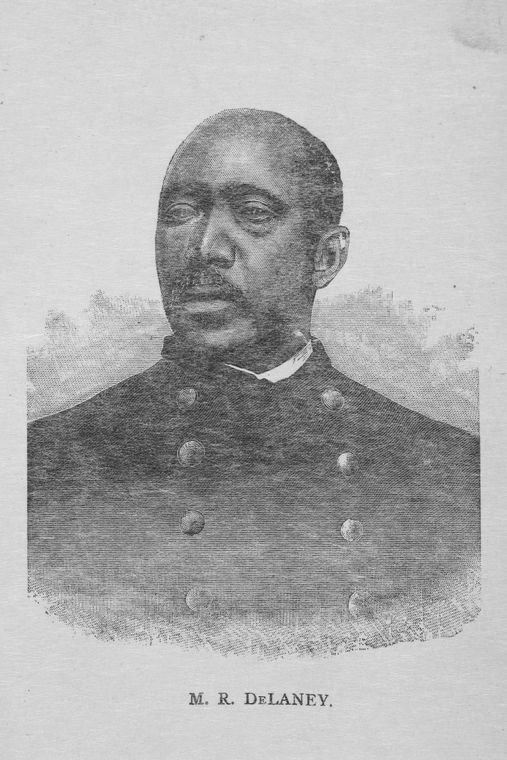 While at school, Delany became politically active. He joined the Abstinence Society, the Philanthropic Society, as well as “a Black vigilante brigade” that served to protect the rights of Black communities in Pittsburgh from white attacks.1

Delany’s involvement in Black print culture and his writing career found somewhat solid ground in 1847 when he became an editor for the Mystery, an early Black newspaper. With this endeavor, Martin Delany conveyed his views on writing and print, using the Mystery as a vehicle for “defending the rights of Black people.”2 He later became the sole proprietor of the paper. Due to financial pressures, the paper folded in 1847.

After this, Delany worked with Frederick Douglass as an editor for the North Star. In 1849, ideological differences dissolved the partnership between Delany and Douglass. Delany’s nationalist philosophy clashed with Douglass’ accomodationist outlook, and in 1849, the two parted ways over these differing principles.

The following two decades saw Delany’s growth as a Pan-Africanist and emigrationist. Delany spent a brief period as a student at Harvard University as one of three Black students admitted to the medical school. Their presence in the school caused outrage with the white students, and faculty voted to disallow Delany and his fellow Black students to return to school the following year.

As the Fugitive Slave Act of 1850 worsened tensions within free Black communities in the north, Delany became more public with his emigrationist principles. He, among others, called for the “formation of a black emigrationist society.”3 In the following year, Delany published his controversial The Condition, Elevation, Emigration, and Destiny of the Colored People of the United States (1852). In it, he expressed discontent with the U.S. government and urged African Americans to pursue self-education and self-reliance. By 1854, Delany’s stance as an emigrationist and nationalist became so solidified in opposition to Frederick Douglass that he called for a National Emigration Convention of Colored People, which was held August 24 through 26 in Cleveland, Ohio.