Historian of technology Ruth Schwartz Cowan argues that the cast-iron cooking stove was “the single most important domestic symbol of the nineteenth century.” By the 1830s, the cookstove and the heating stove began to diverge in form, and largely replaced the open hearth by the Civil War. As the first advertisement above claims, coal-burning stoves were much more efficient than wood-burning fireplaces, which combined with advancements in iron production to make stoves widely available at cheaper prices.

The other claim that this advertisement makes is a that consumers will save “Time and Labor.” However, in actuality, it was men’s labor that was saved, as it “halved the amount of work that men had to do in cutting, hauling, and splitting wood.” As the variety of recipes used by African American women illustrated, there were a variety of cooking methods that could be done simultaneously. Women were no longer restricted to one-pot meals that could be cooked over an open-hearth, and the increased complexity of meals increased the amount of food preparation that was required.

Additionally, the cooking process required finesse as “the skilled cook needed to know how to regulate the dampers of her stove and how to move her pots various distances from the firebox.” The skilled knowledge needed was compounded with the diverse array of specialized foods that African American women needed to prepare for their boardinghouse guests. However, mistakes in preparing the food–burning a meal or even the toast– or lack of accommodation by refusing to fulfill certain gastronomic requests — cream for coffee or tea instead of coffee– conveys its own messages. All groups define themselves, and denigrate and exclude others, by asserting superiority of the foods that represent their social and moral values. Food choice, preparation, and consumption is embedded in social, cultural, gendered, and class delineations. 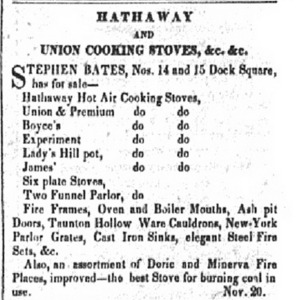 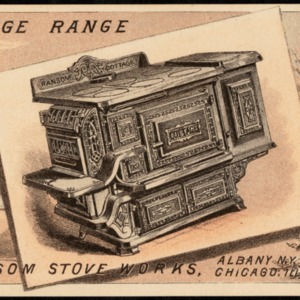 Notice the number of burners on the top of this stove. The woman of the house could fit up to six pots or skillets on the range simultaneously in addition to the oven space 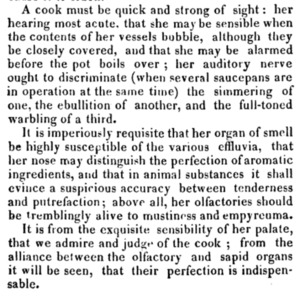 While this book is not targeted to the self-supporting African Americans who ran the boardinghouses, the process of maintaining lamps was essentially the same.

Ruth Schwartz Cowan, More Work for Mother: The Ironies of Household Technology from the Open Hearth to the Microwave (London: Free Association Books, 1989), 54, 61, 62.