THE STILL FAMILY IN PHILADELPHIA 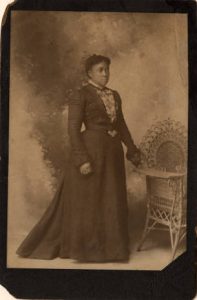 William Still was a well-known Black political activist and conductor on the Underground Railroad in Philadelphia. He experimented in a number of businesses, including stove retail and coal dealing. However, relatively little is written about his wife and children. Letitia [George] Still worked as a dress-maker in the early years of their marriage and was also an active member of the community. The Stills’ home became a well-known waystation of the Underground Rail Road, and she likely contributed to the care of those fleeing the south. This also came with great risk, including the arrest of William. Their position also made her a figure that other women could write to for news of loved ones.

A biographer of Still noted that Letitia “possessed like intuitions…equally ardent in the cause, and always judicious and patient when emergency crossed her threshold.” She maintained this compassion even when it became “evident that the position of his wife was one of constant care and anxiety, that her domestic duties were thereby rendered much more laborious, and that the sudden comings of unheralded fugitives must have greatly disturbed the order and serentity of her household.” Of all the African Americans that came through Philadelphia on the Underground Rail Road, ninety-five percent were welcomed into the Still household. The Stills were also close friends with Frances E. W. Harper, the famous poet, novelist and reformer, and one of the few women with a documented history of participation in the Colored Convention movement. Letitia was also an active member of the Women’s Christian Association, serving as co-organizer of some events. She died in 1906, four years after her husband.

Letitia and William raised two daughters and two sons. Caroline studied at Oberlin College and the Female Medical College of Philadelphia, becoming one of the earliest Black female physicians. William completed a master’s degree before entering into business. Frances also attended Oberlin before becoming a kindergarten teacher, and Robert attended Lincoln University before careers in journalism and printing.

Advertisements and Excerpts Related to the Still Family 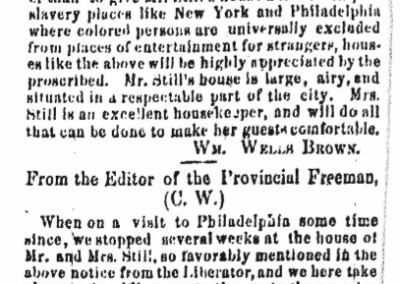 Advertisement and reviews for William and Letitia Still’s boarding house. One of the reviews given is from Mary Ann Shadd Cary, the first Black woman newspaper editor in North America and an active participant in the Colored Conventions movement. 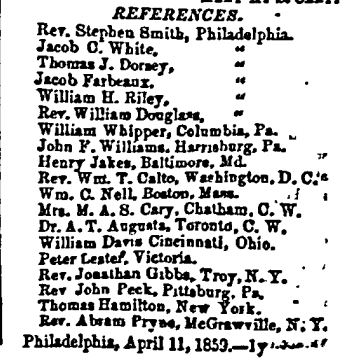 References for the Stills’ Boardinghouse 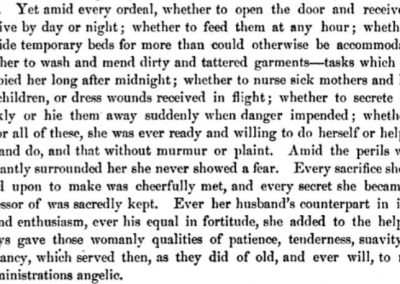 Description of the labor that Letitia Still put in on behalf of those who stayed in her home. As wife to one of the wealthiest Black men in Philadelphia, Letitia was likely influential herself.

From James P. Boyd, “William Still: His Life and Work to This Time” in Underground Rail Road Records, Revised Edition, With a Life of the Author…” by William Still (Philadelphia: William Still, 1886). Google Books.

A letter from Catharine Brice to Mrs. William Still

A letter from Catharine Brice to Mrs. William Still asking for news of loved ones. Source: William Still, The Underground Railroad.