The Colored Conventions Movement: Black Organizing in the Nineteenth Century

This volume of essays is the first to focus on the Colored Conventions movement, the nineteenth century’s longest campaign for Black civil rights. Well before the founding of the NAACP and other twentieth-century pillars of the civil rights movement, tens of thousands of Black leaders organized state and national conventions across North America. Over seven decades, they advocated for social justice and against slavery, protesting state-sanctioned and mob violence while demanding voting, legal, labor, and educational rights. While Black-led activism in this era is often overshadowed by the attention paid to the abolition movement, this collection centers Black activist networks, influence, and institution building. Collectively, these essays highlight the vital role of the Colored Conventions in the lives of thousands of early organizers, including many of the most famous writers, ministers, politicians, and entrepreneurs in the long history of Black activism. 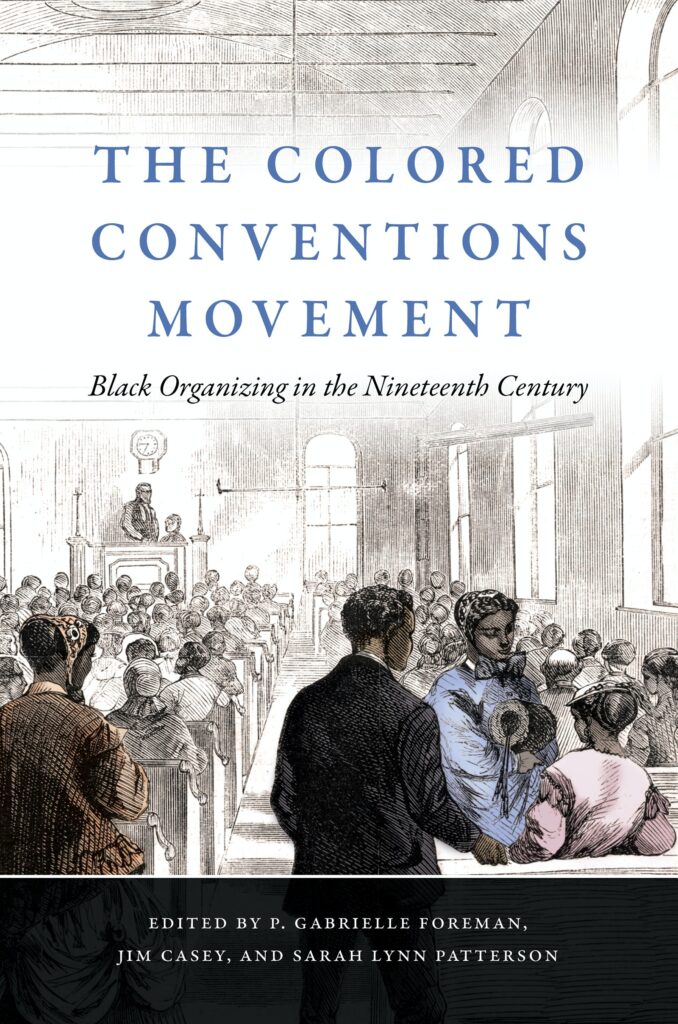 How to Use This Book and Its Digital Companions: Approaches to and Afterlives of the Colored Conventions
Jim Casey, P. Gabrielle Foreman, and Sarah Lynn Patterson

Where Did They Eat? Where Did They Stay? Interpreting Material Culture of Black Women’s Domesticity in the Context of the Colored Conventions
Psyche Williams-Forson • View related exhibit • Second Related Exhibit

Flights of Fancy: Black Print, Collaboration, and Performances in “An Address to the Slaves of the United States of America (Rejected by the National Convention, 1843)”
Derrick R. Spires • View related exhibit

PART 3 • Out of Abolition’s Shadow: Print, Education, and the Underground Railroad

As the True Guardians of Our Interests: The Ethos of Black Leadership and Demography at Antebellum Colored Conventions
Sarah Lynn Patterson • View related exhibit

None but Colored Testimony against Him: The California Colored Convention of 1855 and the Origins of the First Civil Rights Movement in California
Jean Pfaelzer • View Related Exhibit