The Fight for Black Mobility: Traveling to Mid-century Conventions

Reverend William Douglass was a man passionate about education, peace, and racial acceptance in the greater religious community. He was born free in Baltimore, Maryland, around 18041 and died in Philadelphia, Pennsylvania, in 1862.2 Douglass was educated at St. James’ Church day school in Baltimore, Maryland, where he learned Greek, Hebrew, and Latin.3 In Baltimore, he became the first Black man ordained as a deacon in the Methodist church in 1834.4 He moved that same year to Philadelphia, where he served at The African Episcopal Church of St. Thomas and was officially ordained by Bishop H.U. Onderdonk in 1836.5 Douglass married twice—first to Elizabeth,6 and then Sarah M. Douglass.7 He settled into the community and remained the pastor at St. Thomas until his death in 1862.8 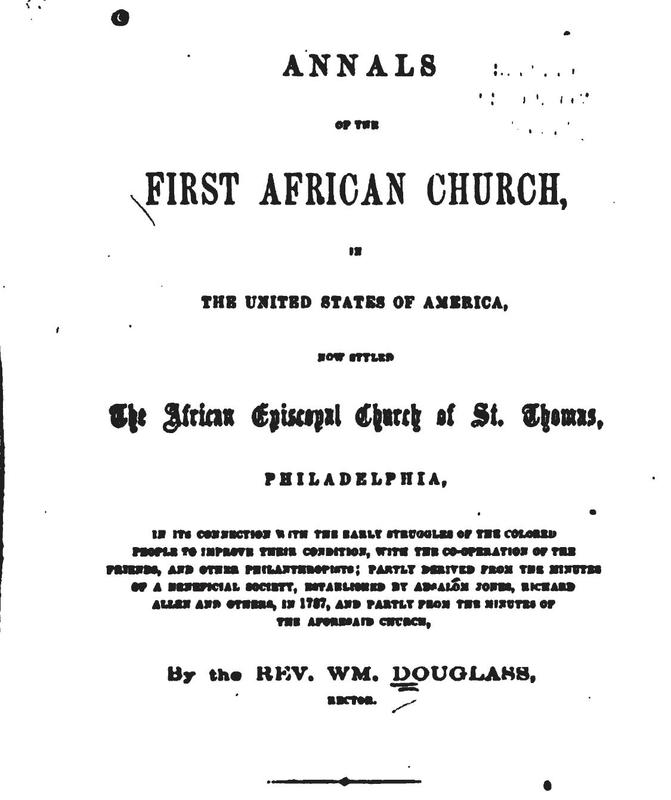 Douglass, William (of Philadelphia, PA), “Annals of the First African Church, in The United States of America, now styled The African Episcopal Church of St. Thomas, Philadelphia,,” in Double Consciousness in the Early Republic: The Free Black Community in Philadelphia, Item #37. 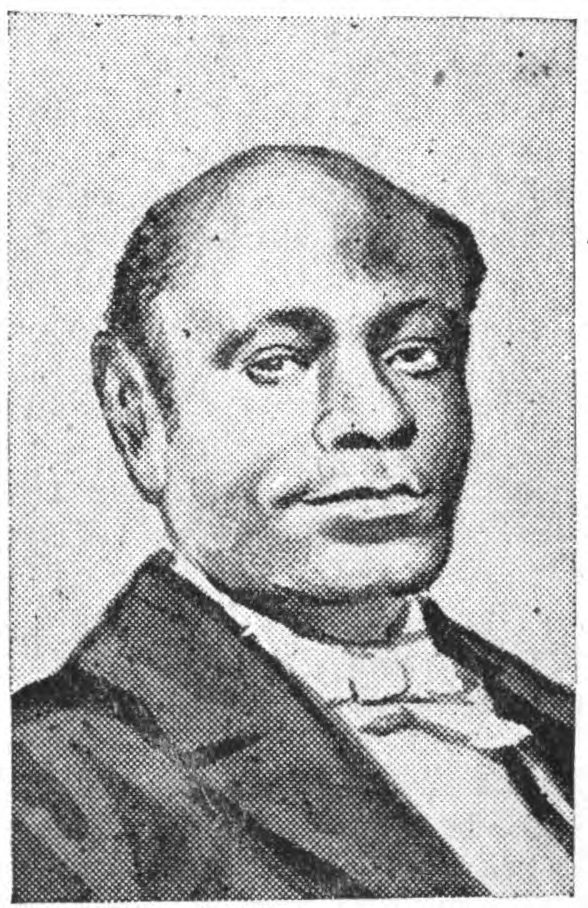 Though he was not active in the 1855 Colored Convention minutes, Douglass would have undoubtedly agreed with the conversation concerning education, both practical and trade. At the time of his death, Douglass had nine children, all of whom were enrolled in school at some point during their lives.9 His own children exemplify his belief in the power of education, as shown by four of his older daughters (Sarah, Elizabeth, Mary, and Caroline) who were employed as dressmakers in 1860.10 Even after his death, Douglass’s children took up independent trades, rather than becoming domestic servants.

Douglass was well-known in his community, but he nearly disappears from the record after his death. He published a book on the history of his church called The Annals of the First African Church in the United States of America,11 and he was known for composing many letters to his congregation.12 His involvement in the Episcopalian church likely led to silences in the record. Douglass believed in peace, above all, and he participated in organizations such as the Anti-Slavery Society.13 Douglass wrote, “How important it is for christians [sic] at all times to give heed to the admonition—“PRAY FOR THE PEACE OF JERUSALEM.”14 Though Douglass believed in peace, in general, he was very active in working toward equality and representation in the Episcopalian church, particularly at the yearly conventions.15 The fact that he was ultimately unsuccessful in petitioning the diocese for representation, contributes to silences in the record.