From the Stage: James McCune Smith 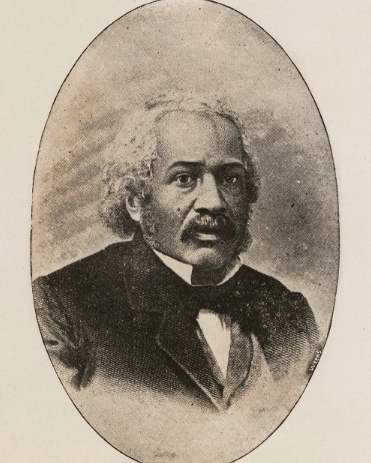 McCune Smith did not travel extensively during the year 1855, predominantly attending lectures, conventions, and committee meetings in and around New York City. He made at least two trips out of state, one to the Colored National Convention in Philadelphia, and the other to a convention of Radical Political Abolitionists in Boston. McCune Smith was highly esteemed by his peers, and he served as an officer and committee member at nearly every convention or meeting he attended in 1855. McCune Smith also published fairly regularly, writing as “Communipaw,” the New York correspondent for Frederick Douglass’ Paper throughout 1855. Though most of his lectures and writings discussed antislavery efforts, racism among white abolitionists or the effects of the slave system, McCune Smith also addressed issues such as education and self-improvement, especially in his many written and spoken defenses of the Industrial College proposed at the Colored National Convention. McCune Smith wrote the Introduction to Douglass’ My Bondage and My Freedom, the second edition of Douglass’ autobiography that was published in 1855. 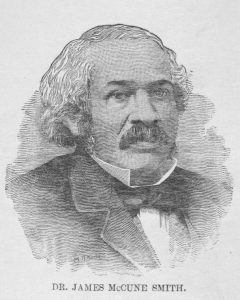 James McCune Smith (April 18th, 1813 – November 17th, 1865) was an African American abolitionist and physician. Smith was born a slave but received his freedom on July 4th, 1827 from the Emancipation Act of the State of New York. Smith graduated from his free school in 1828 and went on to work as a blacksmith apprentice. From 1832 to 1837, Smith went to the University of Glasgow, Scotland, and in 1837 he received his MD. Smith was the first African American to receive an MD, and he returned to New York City in 1838.1 Smith was involved with the Committee of Thirteen, which was organized by Black abolitionists from New York City including John J. Zuille who was the chair, Philip Bell, and George Downing, among others. The goal of the committee was to challenge the Fugitive Slave Law of 1850 by collecting funds to benefit fugitives.2 Smith was also a member of the Radical Abolitionists group, which was an interracial group whose members included Frederick Douglass, Gerrit Smith, and John Brown. “The party advocated an immediate end to slavery, using violence if necessary; full suffrage for all men and women; and the redistribution of land so that no one would be rich or poor.3 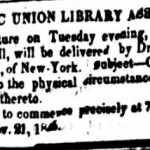 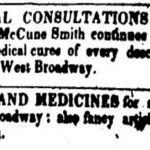 Smith also wrote medical essays disproving theories about the bodies of African Americans. Around the same period, he wrote pasionately and lectured about the Haitian Revolution. The scholarship on Smith is minimal, but John Stauffer’s book The Works of James McCune Smith: Black Intellectual and Abolitionist is a reliable resource. It breaks Smith’s writing up by date and type and includes essays, speeches, journal entries, letters, and newspaper publications. One of Smith’s first speeches is “Speech to Lafayette (1824),”45 which the 11-year-old Smith delivered to General Lafayette when the latter visited New York City African Free-School No. 2. The speech thanks the General for first coming to the school and then for the great deeds he’s done for America. The General’s response to the speech “I thank you, my dear child.”6 It was clear that Smith was a promising individual. 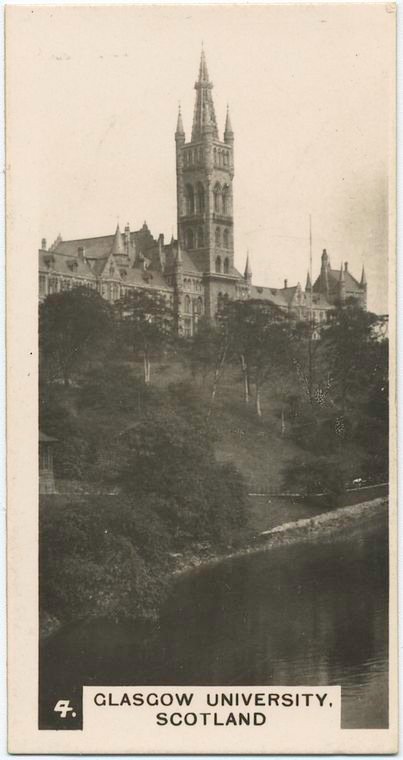 James McCune Smith married Malvina Barnet (1825-1891) sometime in the 1840s. She was the daughter of an esteemed Black family in New York.7 Barnet and Smith had seven children, three of which died before 1854. Both Barnet and Smith were considered light skinned mulattos, and after Smith died, his children decided to “pass” as white. To do this they had to disconnect themselves from the identities of their parents and the works of their father. This perhaps accounts for the lack of archived letters or correspondence between Barnet and Smith.

The Smiths were also generous of their wealth. To support Gerrit Smith’s Colored Settlement in Florence, New York, the Smiths donated a “number of farms to enterprising colored persons.”8 Ever devoted to racial uplift, Smith would host meetings at his medical office on West Broadway. Smith was highly prolific in New York, writing articles, giving lectures, and raising funds for poor African Americans. On February 1841, he delivered his Lecture on the Heytien Revolutions. Moreover, Smith wrote the introduction to Henry Highland Garnet’s A Memorial Discourse.

Smith’s life is a testament to the value of education. Therefore, it is no surprise that when he was offered a position at Wilberforce University in Ohio in 1863, he duly accepted. Unfortunately, Smith died only two years later. He is buried in Cypress Hills Cemetery in New York City.9