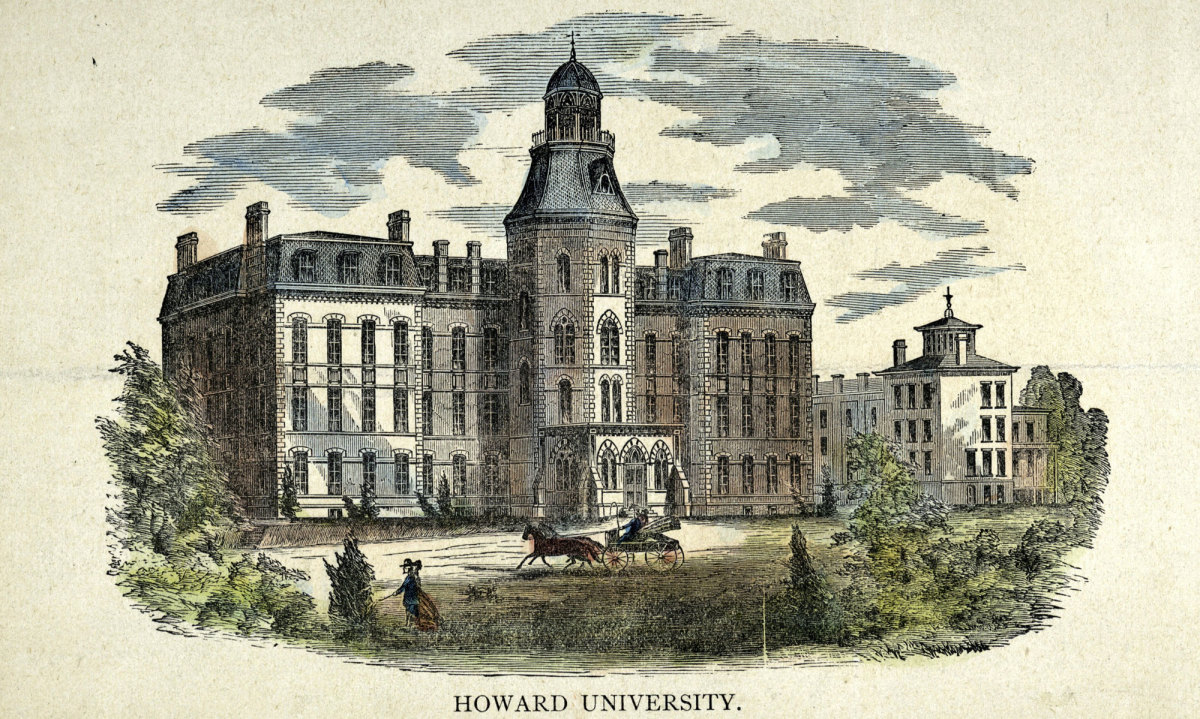 In September of 1869, just eight months after its opening, Mary Ann Shadd Cary entered the inaugural class of Howard University’s Law School. Despite the success of D.C.-based networks of Colored Convention delegates at clearing paths for Black men to practice the law, it would take Shadd Cary fourteen years to complete her degree, conferred in 1883. Her struggles with gender discrimination demonstrated to her on a personal level the limitations and failures of the Colored Conventions movement for empowering Black women economically and politically, despite their many years of supporting the movement. This experience made an indelible mark on her, leading Shadd Cary to spend the next two decades of her life fighting for women’s voting and labor rights.

Howard Law School was founded by John Mercer Langston, an abolitionist, civil rights activist, lawyer, and a convention delegate at 15 conventions across Ohio, New York, and D.C. between 1849 and 1872. Like the Shadd and Cary families, the colored conventions were a family affair for the Langstons. John’s brother Charles Langston was a delegate at 13 conventions in the same time period as his brother, undoubtedly influencing their respective grand-nephew and grandson, Harlem Renaissance poet Langston Hughes. Becoming the first Black woman law student under Langston’s tenure as dean did not, however, shield Mary Ann Shadd Cary from the ways economic hardships impeded her career. The law school temporarily closed between 1873 and 1877 when the university experienced a financial crisis in the wake of a national depression and lost investments from the failing of the Freedman’s Bank. Alternately, Jane Rhodes presents the stories of her brother Abraham Shadd, and peer Charlotte Ray, to suggest that Mary Ann’s gender might have proved to be the real barrier.

Being a widow in her mid-forties with two kids, supporting them and financing her tuition through teaching at D.C. schools while attending law classes would have been a challenge for Shadd Cary, especially with no network of financial support. Perhaps those particular financial difficulties, and the larger society’s failure to economically empower and protect single and working women, was enough to constitute severe barriers that prevented her from completing the program in the prescribed two years. Abraham Shadd entered Howard Law School the same year as his sister and graduated in 1871, going on to be a lawyer and state legislator in Mississippi. Abraham’s expedience in completing the program and crafting a successful career in the law stands in stark contrast to his sister’s, which never resulted in her ever trying a case in court- possibly because his gender was not a barrier. In 1871 the D.C. Supreme Court for the D.C. Bar Association to admit Howard graduates, but Rhodes’ research suggests that this change in policy presumed male lawyers, and perhaps Howard was weary of pushing for a woman to be admitted, possibly discouraging Shadd Cary from graduating that year. In 1870, twenty-year old Charlotte Ray entered Howard Law school, and is celebrated for being the first Black woman lawyer after she received her degree from Howard in 1872, going on to have a successful career as a lawyer. Charlotte’s father was Charles Ray, a renowned New York-based AME minister, abolitionist, and Colored Convention delegate at 8 conventions between 1840 and 1850. Rhodes’ research revealed that it is possible that Charlotte Ray and Howard Law School masked her gender to the bar by giving only her initials when seeking admittance to the bar. Shadd Cary was familiar with this kind of strategy, akin to her use of initials or an asterisk when she wrote controversial editorials for The Provincial Freeman, but perhaps by this point in her life she had enough and was ready to demand women’s rights and advocate for their interests even without her degree.