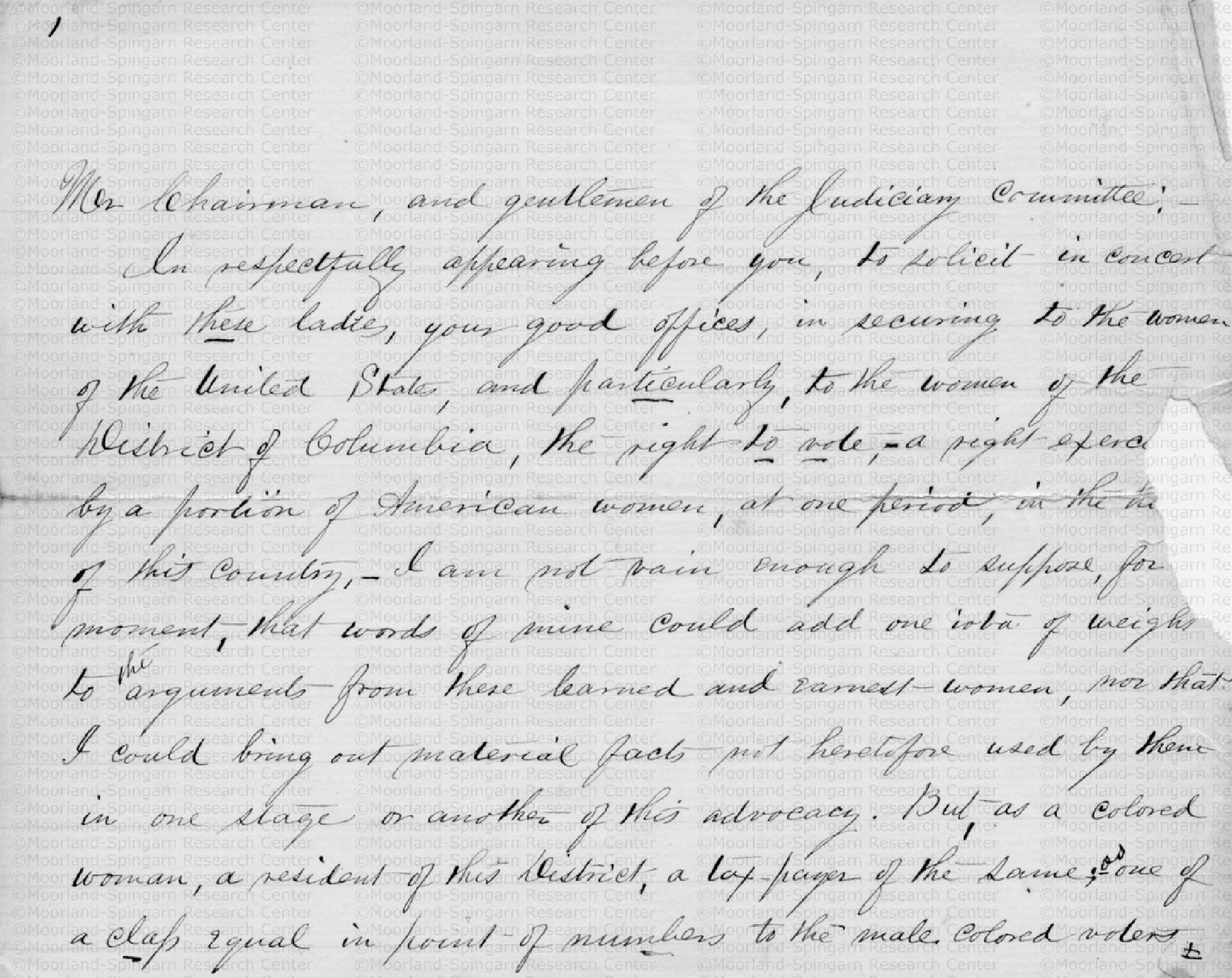 "The Right of Women to Exercise the Elective Franchise, under the 14th Article of the Constitution" by Mary Ann Shadd Cary 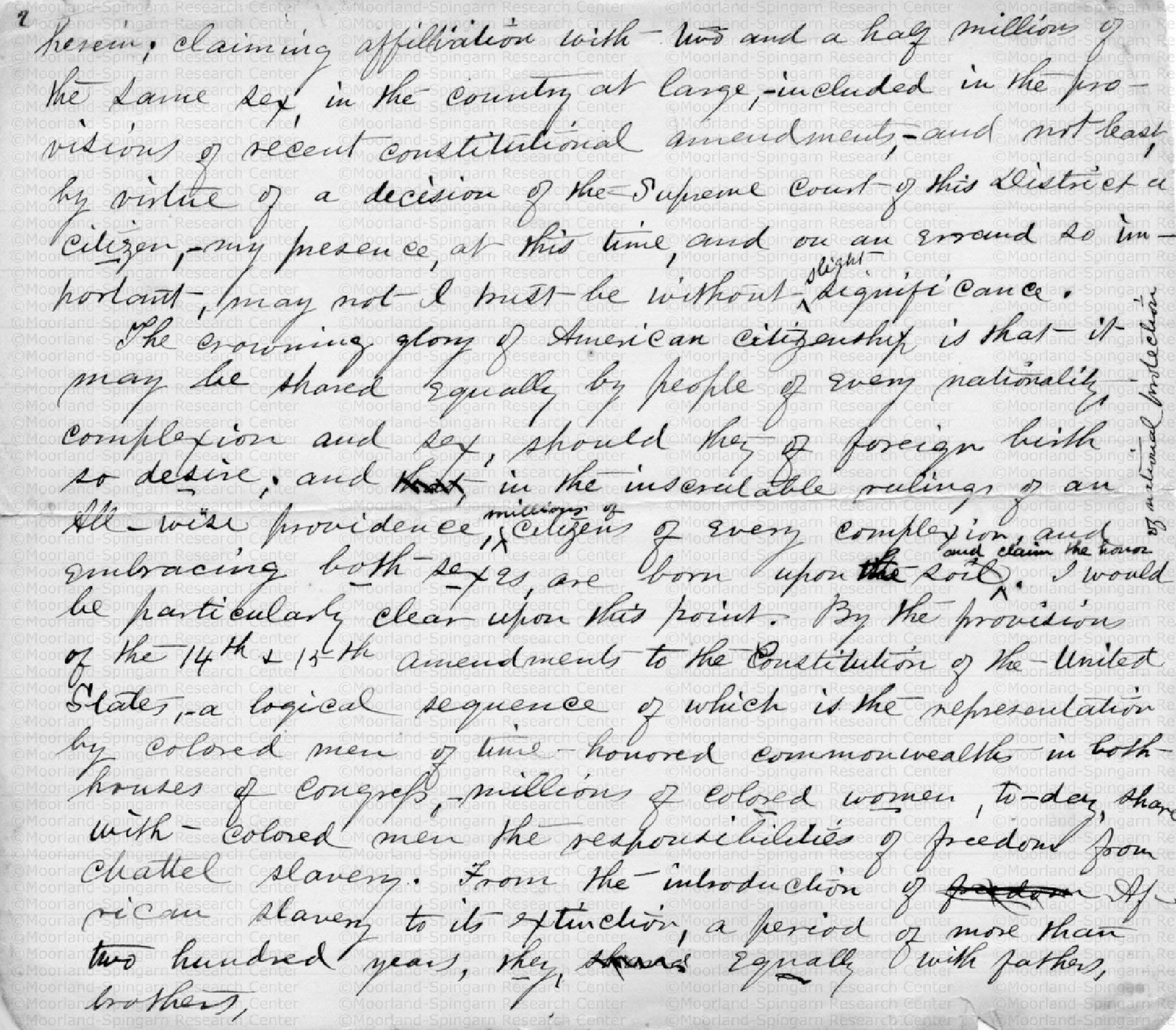 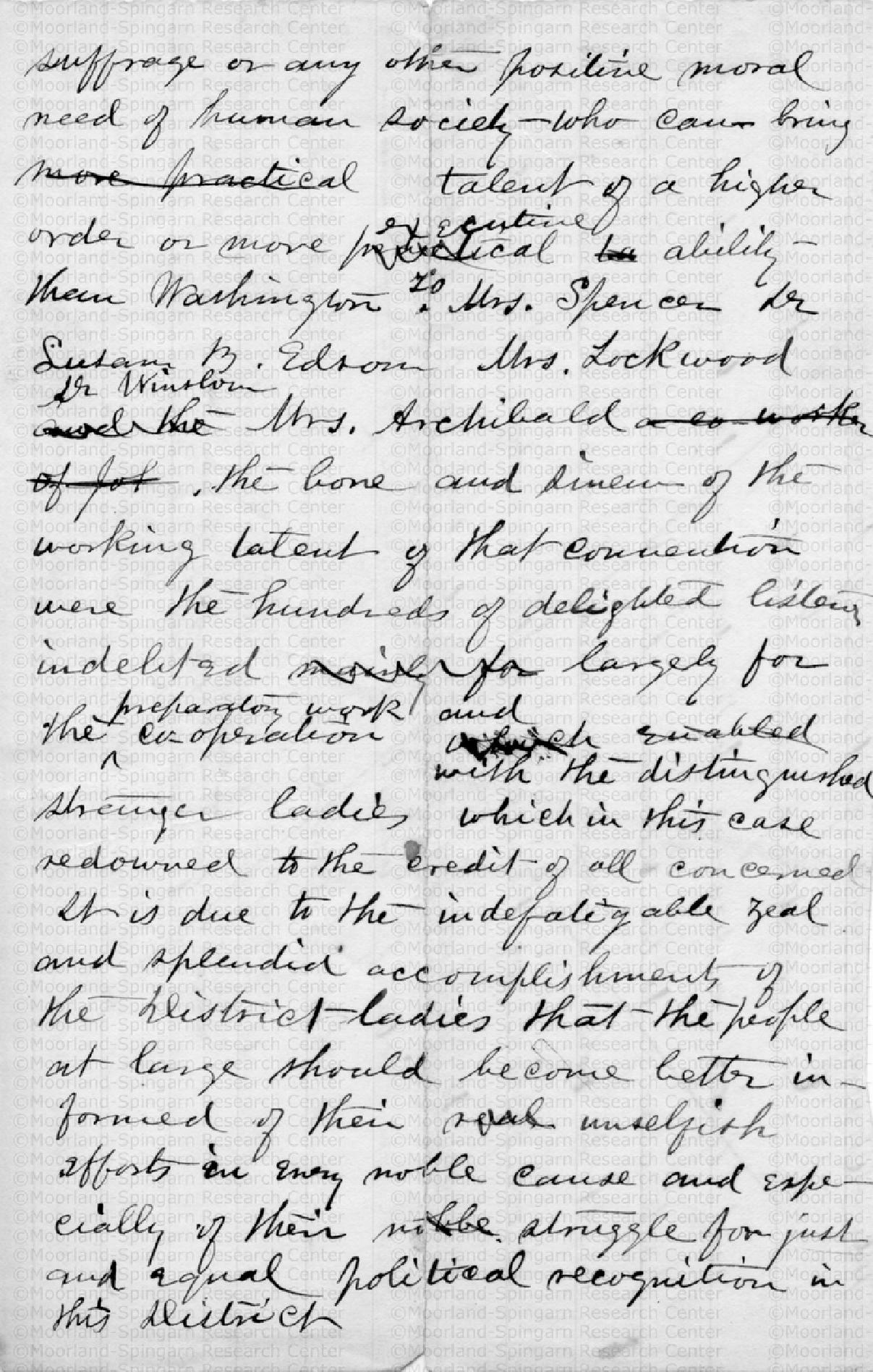 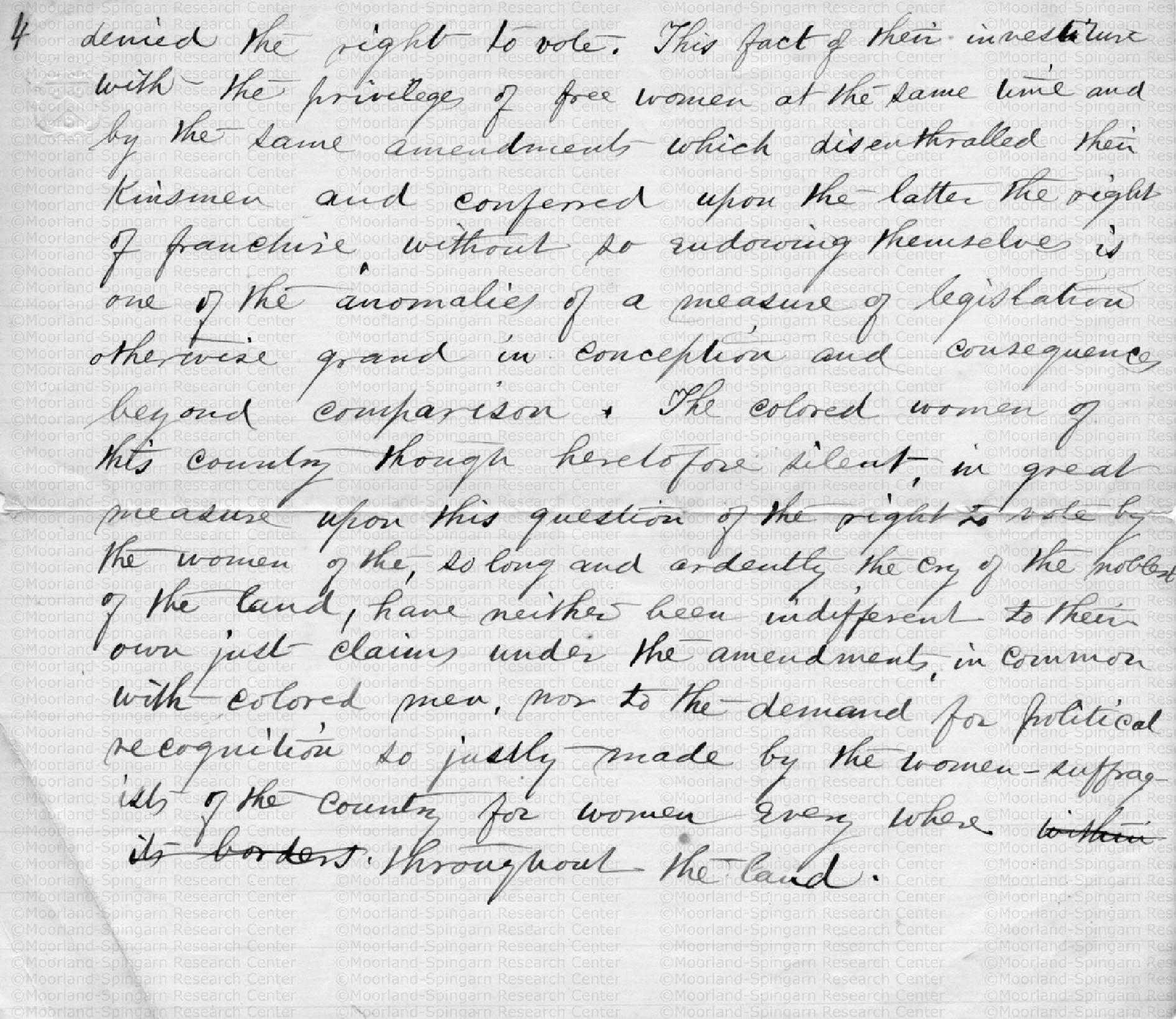 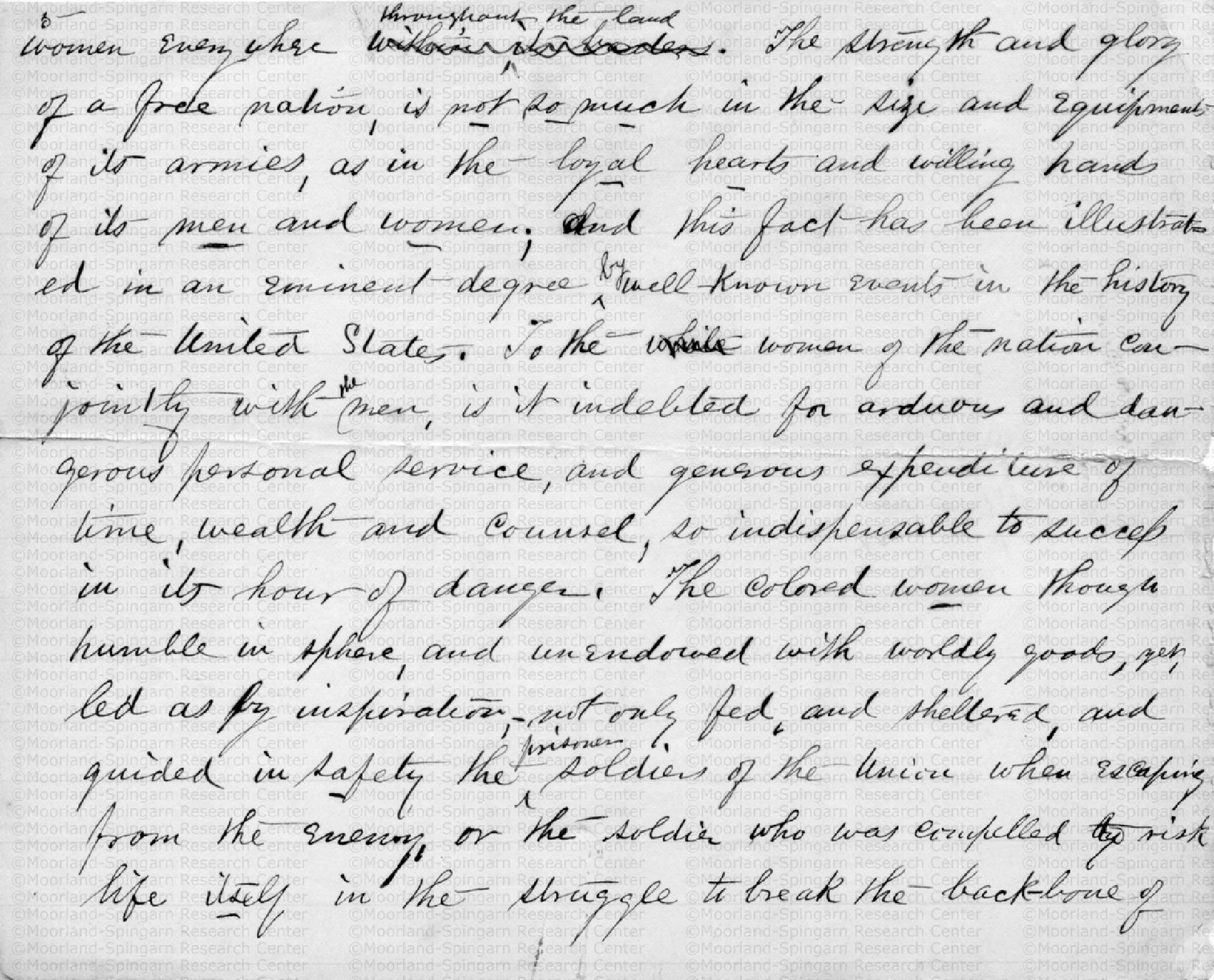 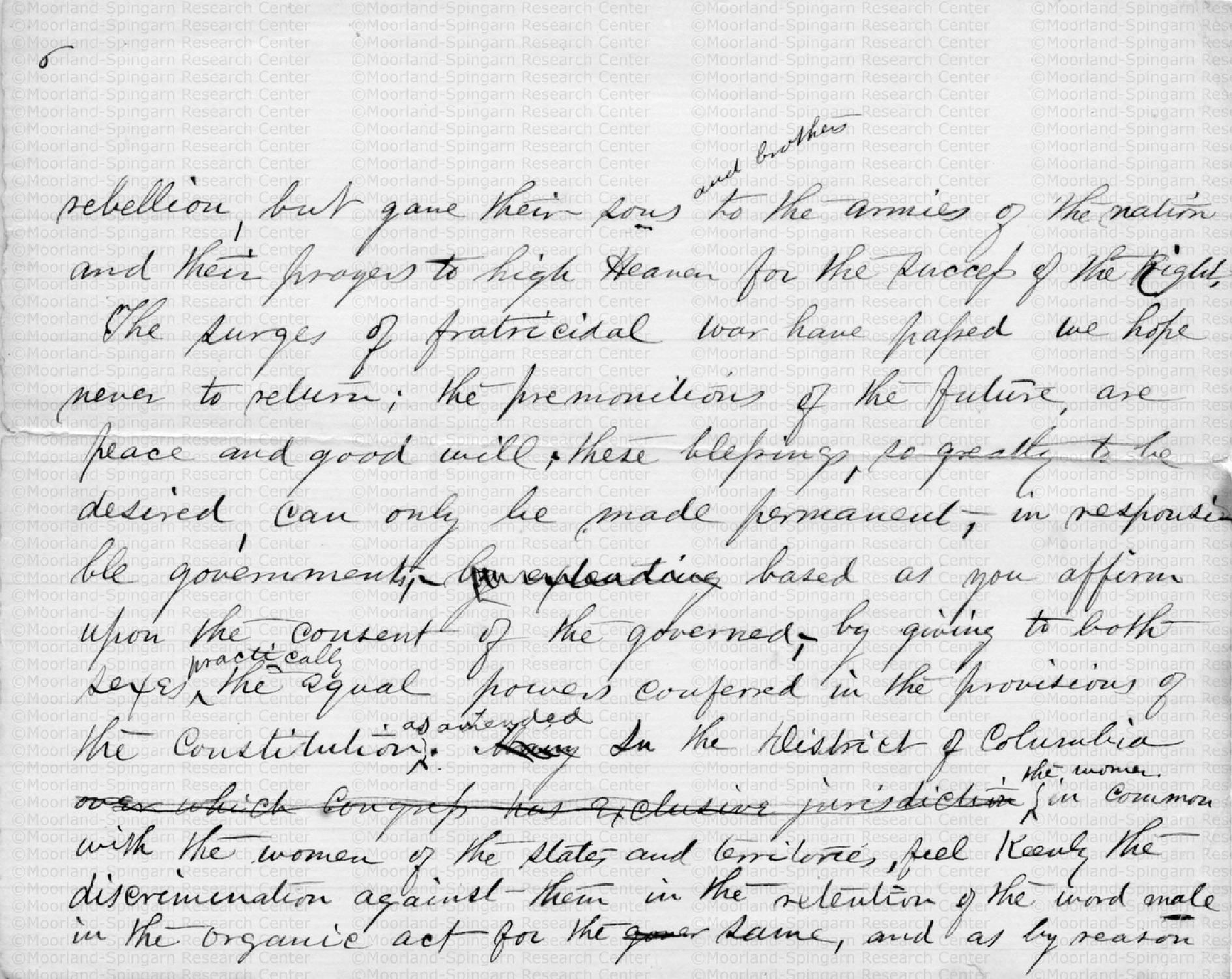 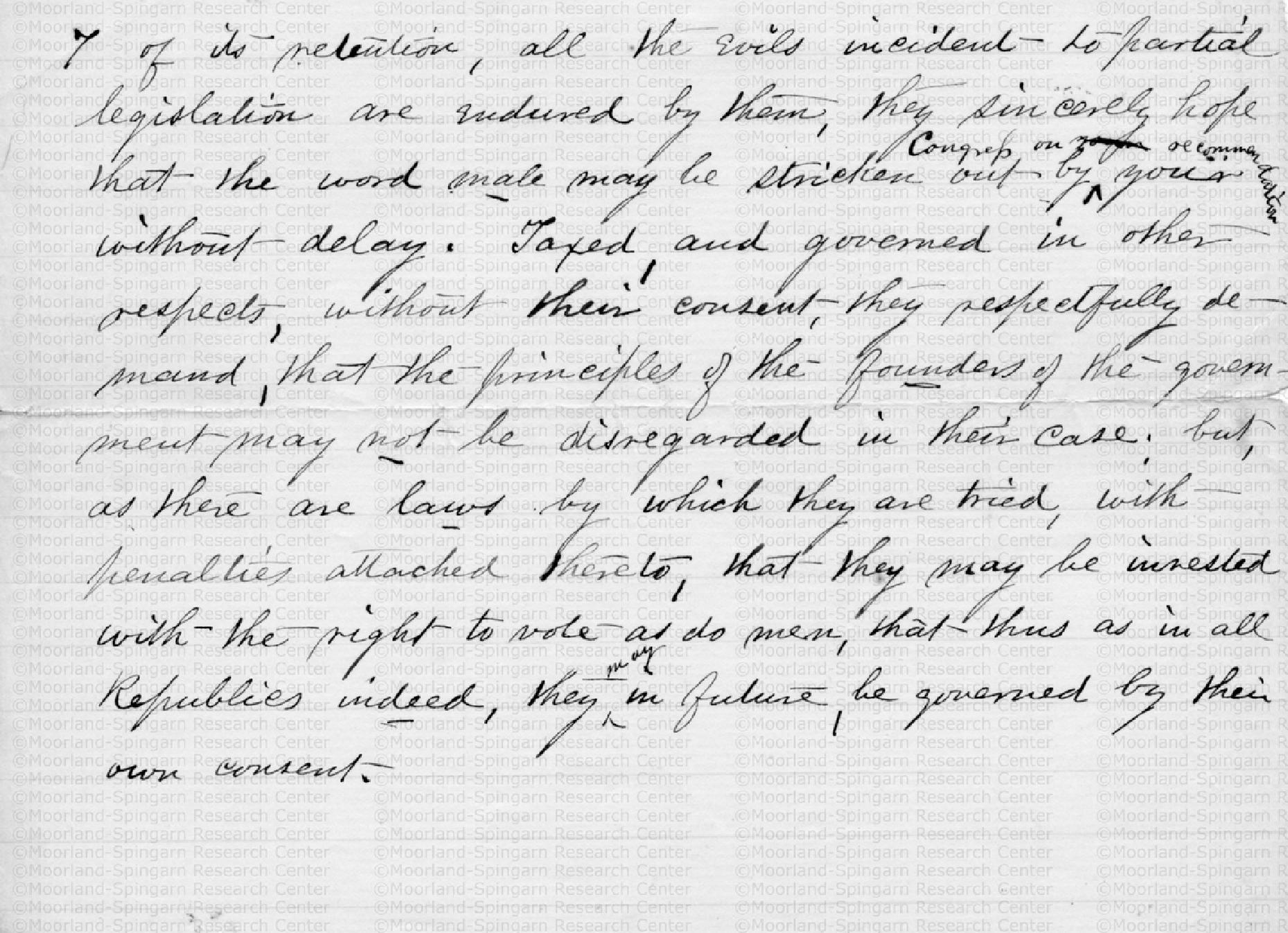 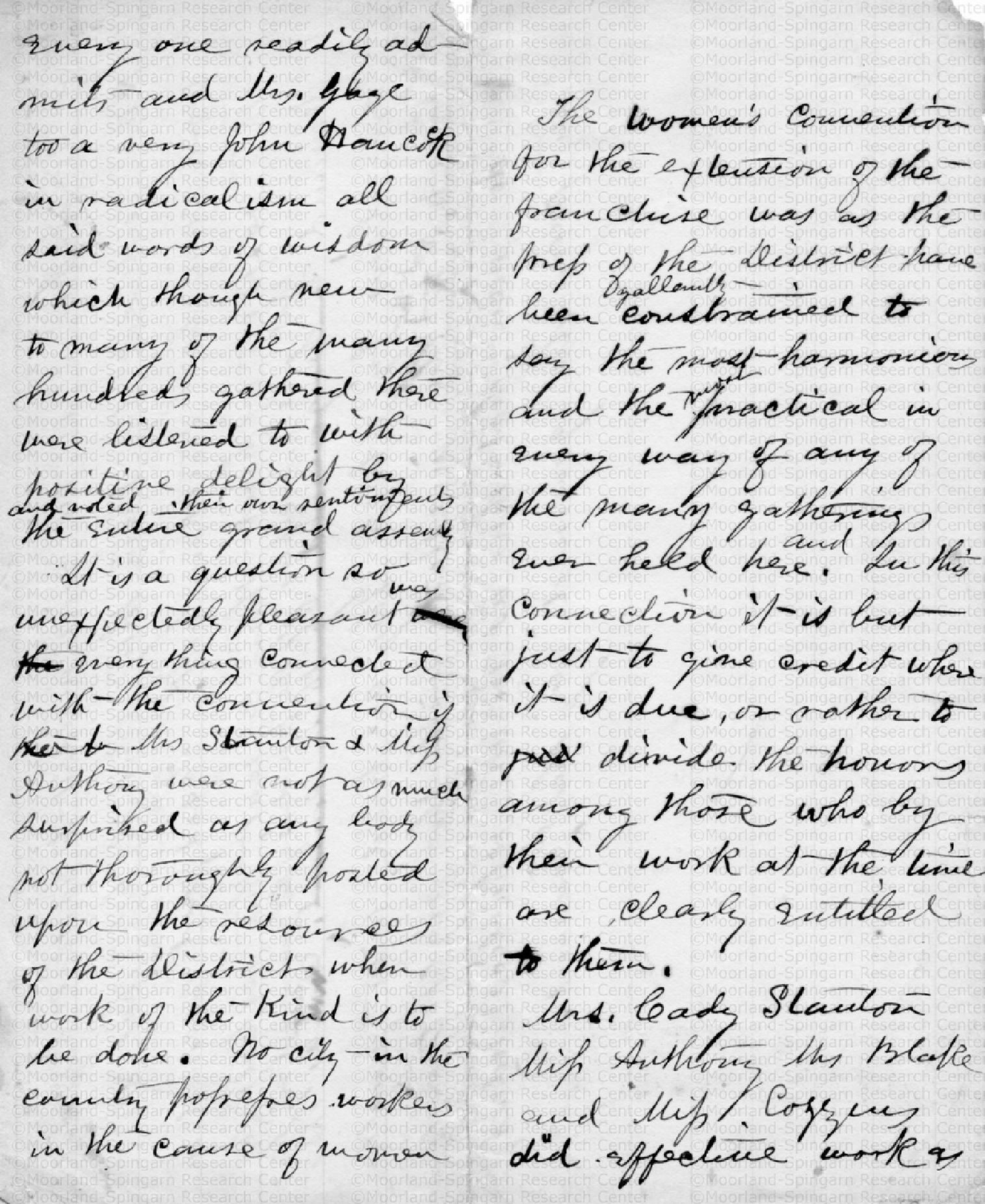 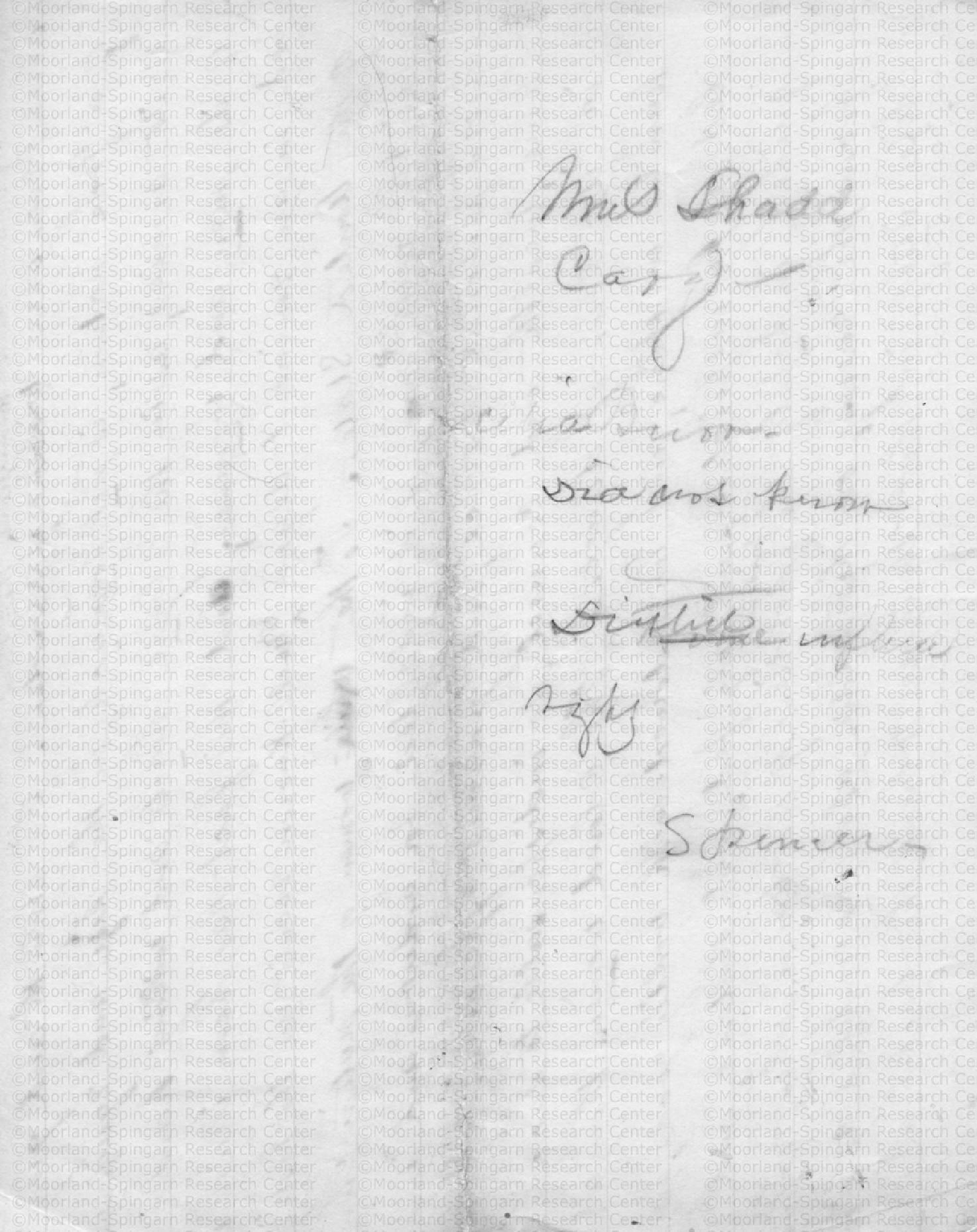 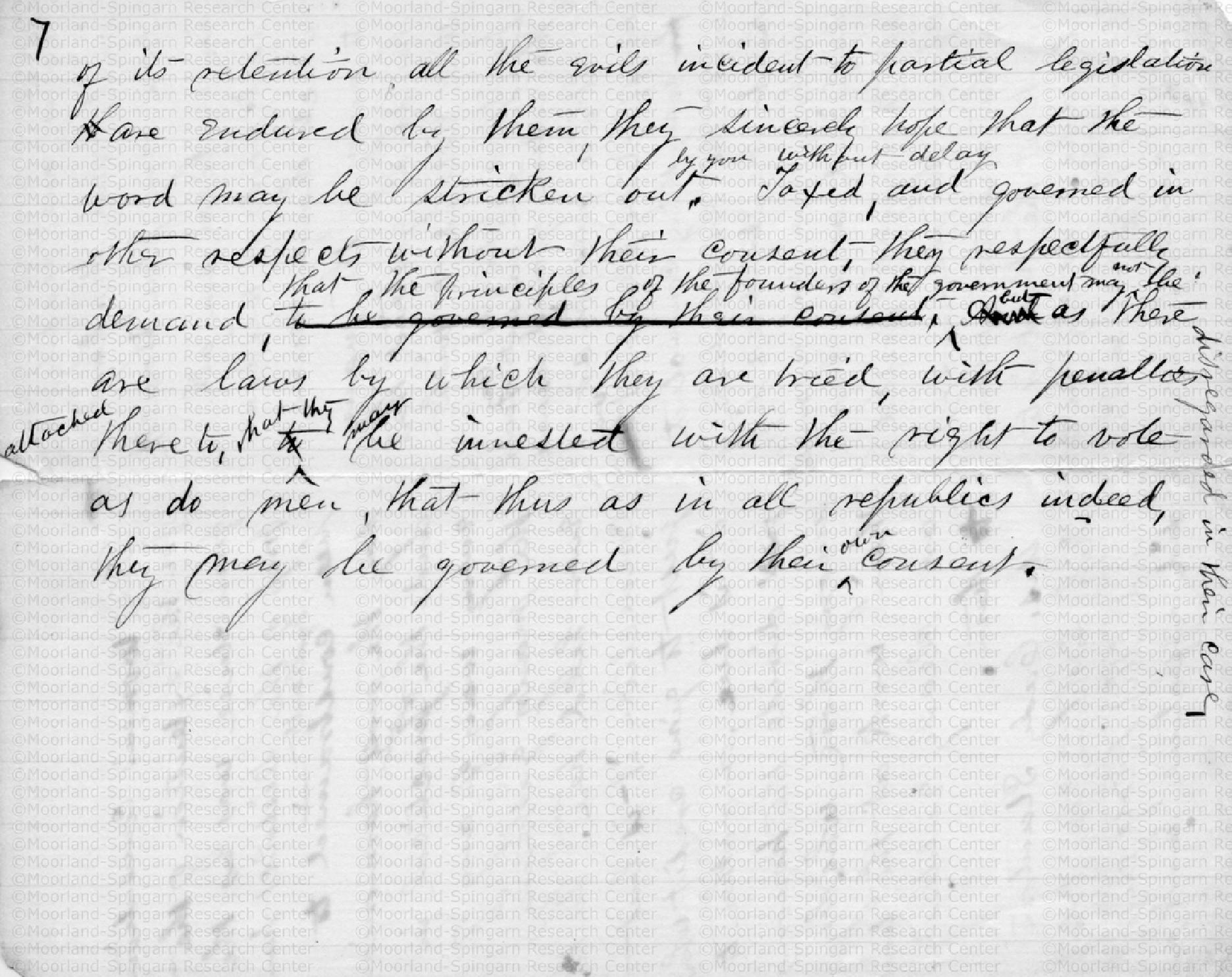 Mary Ann Shadd Cary’s brief recommendation to support Black women’s enfranchisement in her report to the 1869 Colored National Labor Convention belies the significant shift she made that year to become vocal about Black women’s suffrage. Even though women formed the foundation of African American economic and racial uplift efforts since well before the Civil War, their political empowerment against gender discrimination was never central to Black political organizing, including within the convention movement. Rhodes and Jones note the struggle for women like Mary Ann Shadd Cary, positioned at the intersection of competing movements in what was framed as a zero-sum game: citizenship rights for Black (men) or (white) women’s rights. Shadd Cary refused the prescribed positions offered by either side, opting instead to leverage her view into the suffragettes’ organizing efforts to make her case for Black women’s political and economic empowerment to Black male leaders. The issue of Black women’s suffrage serves as a prime example of the way Shadd Cary strategically maneuvered between movements and organizations, providing a critical voice from the margins that advocated for her agenda to move to the center.

Shadd Cary chose a controversial but pragmatic approach to advancing her cause when she joined the National Women’s Suffrage Association. The NWSA did not support Black women suffragettes and used claims of racial superiority to make their case for getting the right to vote over Black men. Many of Shadd Cary’s contemporaries, such as Frances E.W. Harper, publicly admonished then left these organizations. But according to Rhodes’ analysis, Shadd Cary’s choice to remain in the NWSA was made with an important distinction: Shadd Cary was not there to seek the NWSA’s approval or acceptance, but to access their feminist rhetoric and their banner as lobbyists, which she adapted for her own needs. At the Colored National Labor Convention and in the pages of The New National Era Shadd Cary pointed to them successes of white women empowered though education and labor organizing, and by extension the next step logically was enfranchisement. Her objective as “interpreter” (as Rhodes calls her) was to reframe white suffragettes’ argumentation to assure Black male delegates and readers that Black women voters were crucial to the racial uplift, particularly as a voting bloc of progressive reformists.

Then in 1874 Shadd Cary used her NWSA membership to address the House of Representative’s Judiciary Committee in a petition for Black women’s suffrage, eliding the ways the NWSA did not support her cause. The slideshow above is her handwritten script for the speech, held in the Shadd Cary collection at the Moorland Spingarn Center at Howard University. In 1876 and 1878 Shadd Cary finally directed her effort toward pressuring the NWSA to include Black women, first by formally petitioning that she and 94 other Black women be added as names signors to the organization’s written declaration to the federal government of their rights. Then Shadd Cary addressed the entire organization at their national meeting, advocating again for Black women’s enfranchisement. Mary Ann Shadd Cary’s participation in NWSA meetings and Colored Conventions gave her access to important audiences and rhetoric, which she adapted by applying an intersectional framework in which both racial and gender oppression made Black women’s enfranchisement centrally important to both communities’ political and social interests.

“The Right of Women to Exercise the Elective Franchise, under the 14th Article of the Constitution” (2020). Speeches. 1. From Digital Howard of Howard Univ. Moorland-Spingarn Research Center, accessed Dec 10, 2020.
https://dh.howard.edu/mscary_speeches/1

Shaw, Stephanie J. What a Woman Ought to Be and to Do: Black Professional Women Workers during the Jim Crow Era. Chicago, IL: University of Chicago Press, 1996.