The minutes of the Colored Conventions reveal standards about appropriate types of public debate and political address. Expectations of how political debate would be conducted were regulated both formally and informally. Formal rules expressed standards for speaking, such as in the 1843 National Colored Convention at Buffalo, where Rule 9 reads: “No member shall be interrupted while speaking, except when out of order, when he shall be called to order by, or through the chair” and Rule 11 decrees that “No member shall speak more than twice on the same question, without the consent of the Convention, nor more than fifteen minutes at each time.” [1]  Such rules ensured both a measured and intellectual tone and pace to the proceedings, even as the delegates, speakers, and audience were discussing topics that were certainly emotionally charged and very literally about life and death. Indeed, this very resolution would be put to the test at the 1843 convention, which had a heated contested topic as to the publication of H.H. Garnet’s “Address to the Slaves.” 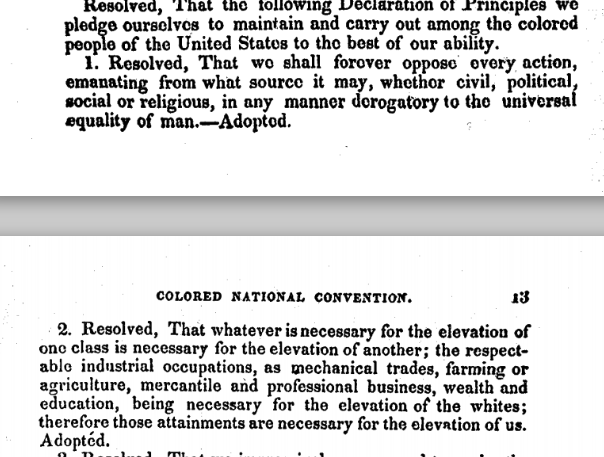 The Colored Conventions were performances of political citizenship. Strictly following social guidelines as to appropriate and proper behavior elevated them beyond mere community gatherings or discussions. Thus, when reading the minutes, its important that we note how the delegates were enacting and enforcing rules of conduct even as they ostensibly debated other issues.

One example of this can be found in the minutes of the 1848 convention at Cleveland, Ohio. At this convention, there was a debate among several members, including an M.R. Delany. The delegates disagreed over the wording of the second principle of the Declaration of Principles that was published as the work of the convention.[2]  However, their disagreement was not just about the content of what would be included in the resolution, but included concern for the language used during the debate itself. The final wording of the contested point reads: 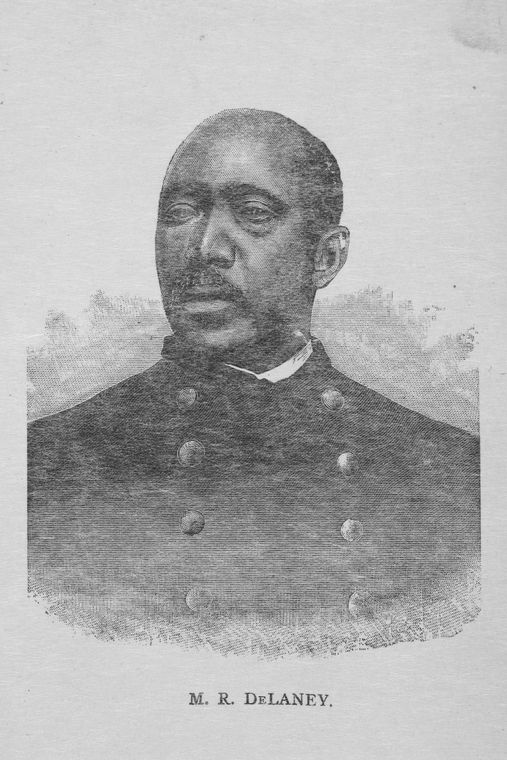 However, the debate that ensued prior to this final wording is what has shown the influence and enforcement of strict guidelines of appropriate conduct.  See the image below of the minutes to understand the heated discussion that ensued over one delegate’s inappropriate word choice when debating this resolution. 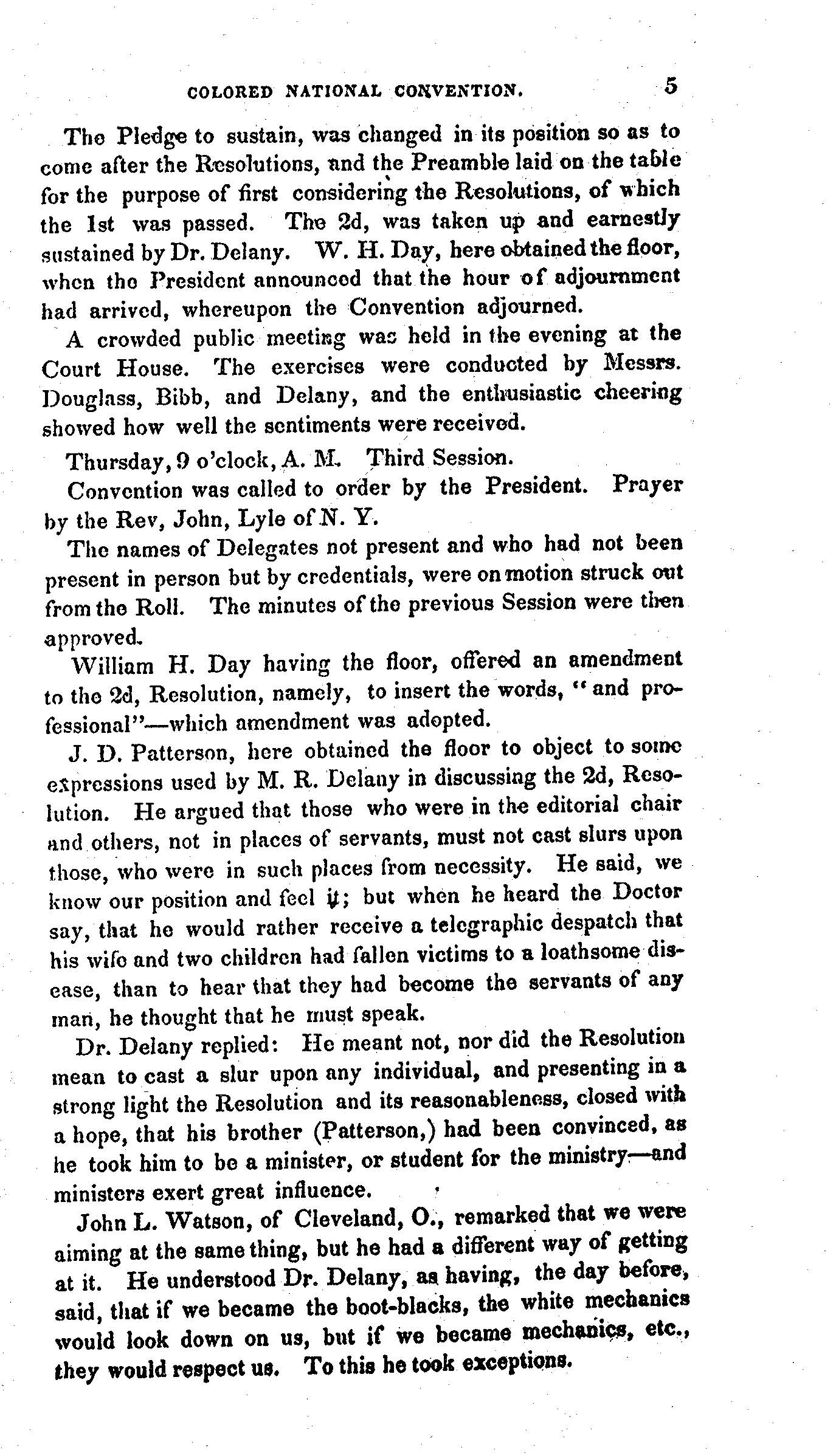 Analysis of this instance of discord has shown that the delegates were concerned about appearance and about the content they discussed. While the language of the resolution touched upon class in fairly general ways, certainly nothing of an aspersion or “slur” seemed obvious to the general reader. Yet, in the discussion about what the Black community should strive for, delegates used colorful terminology to argue for the uplift language captured in the resolution. What is particularly interesting here, is how the delegates built upon the assertions of each other—Patterson’s objection to Delany’s wording is furthered by Watson. Ultimately, the president’s redirection acted to end this debate as all parties need chastising for the way in which they became quite heated and contentious with each other.

This rendition reconstructed the minutes with an emphasis on tracing the emotion that would have been visible in the tone and demeanor of delegates engaged in heated debates—though it’s hard to capture such nuances from the proceedings. In a too exclusive focus on content, we underestimated the carefully crafted performances of conduct around conflict and agreement that were also an integral part of convention gatherings.

[1] “Minutes of the National Convention of Colored Citizens; held at Buffalo; On the 15th, 16th, 17th, 18th, and 19th of August, 1843; For the purpose of considering their moral and political condition as American citizens.” ColoredConventions.org, accessed April 6, 2016, https://omeka.coloredconventions.org/items/show/278.

[2] “Report of the proceedings of the Colored National Convention held at Cleveland, Ohio, on Wednesday, September 6, 1848.” ColoredConventions,org, accessed April 6, 2016,  https://omeka.coloredconventions.org/items/show/280.