Julia Williams Garnet was born in Charleston, South Carolina on July 1, 1811.1 On August 19th, 1841, Williams married Henry Garnet; they had three children.2 No records or sources indicate if she attended the 1843 Colored National Convention in Buffalo with her husband who was a delegate from Troy, New York. Unfortunately, information regarding Julia Garnet is limited. Many her own activist efforts are overshadowed by Henry Highland Garnet’s legacy. However, some of H. H. Garnet’s efforts provide proof of Julia Garnet’s political activism. 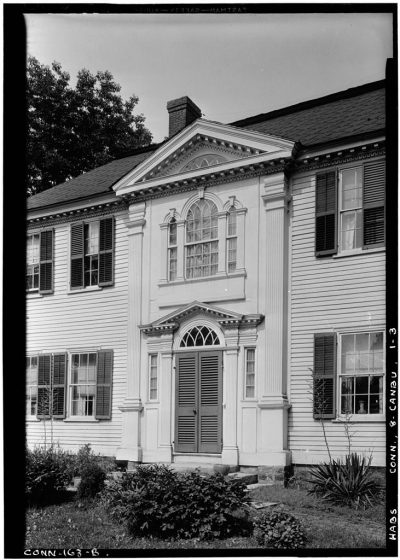 Image of the exterior of Prudence Crandall School for Negro Girls (1833) formerly known as the Elisha Payne House. Courtesy of the Library of Congress. 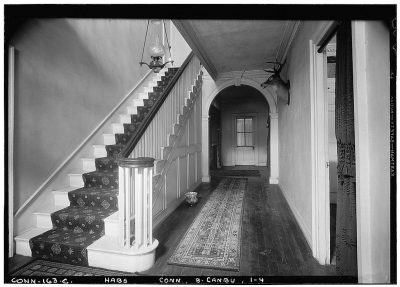 Image of the interior of the Prudence Crandall School for Negro Girls (1833) formerly known as the Elisha Payne House. Courtesy of the Library of Congress. 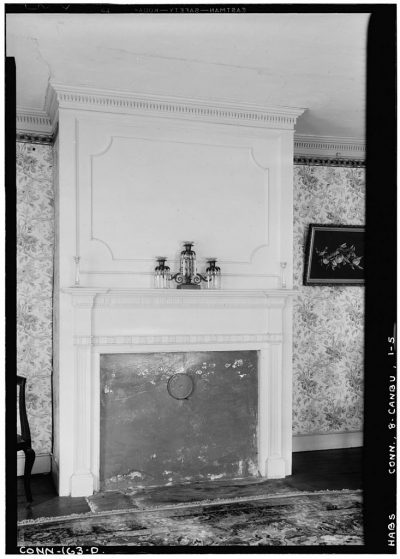 Image of the parlor mantel in the interior of the Prudence Crandall School for Negro Girls (1833) formerly known as the Elisha Payne House. Courtesy of the Library of Congress.

Julia Williams Garnet had a religious upbringing; first being baptized as a member of the Baptist church, and subsequently joining the Presbyterian church, which she remained a part of until her death.3 Records indicate that as a child Williams had a thirst for knowledge and endeavored to attain a sound education. She attended the Prudence Crandall School for Negro Girls in Canterbury, Connecticut until it closed in 1834 in the face of white violence and legal action.4 After the school closing, Williams attended the interracial Canaan Academy in New Hampshire which was open to young men and women. There, before the school was attacked in 1835 by scores of whites who dragged it from its foundation, firing upon the students and forcing them out of town, she met Henry H. Garnet.5 Her hard-fought schooling qualified for a teaching position in Boston, however, where she remained for several years.6 A combination of her religious views and education led Williams to become a locally known abolitionist and member of the Boston Female Anti-Slavery Society. The society believed slavery was a violation of divine law and sought immediate emancipation. She subsequently attended both the 1837 and 1839 Anti-slavery Conventions in New York as a delegate from Boston.7

There are strong indications that Julia Garnet often traveled with H. H. Garnet during their work around the world. In 1852, both went to Jamaica where she directed a female industrial school.8 Her experience as a delegate in anti-slavery meetings and the indications of the couple’s shared commitments suggest she may have been in the audience during Colored Conventions. Derrick Spires notes that “Julia Williams Garnet had at least some hand in crafting the address.” An obituary published in the Christian Recorder indicates that Julia Garnet passed away on Friday, January 7, 1870.9 The obituary reads: “Her devotion to the anti-slavery cause, and her sacrifices for the fleeing fugitives, may not be recorded by human pen but the recording angel has written them. ‘Nothing makes death evil but what follows it.’ In this sense, and in a far higher sense, death was no evil to Julia Garnet. The living will embalm the sacred memory of her virtues in their hearts. They will strive to emulate them”.10