Henry Highland Garnet’s views on Black emigration and mobility were no more stationary than the man himself, so it appears. This essay identifies some of the political, social, economic and religious constellations present at particular moments in Garnet’s ideological development. 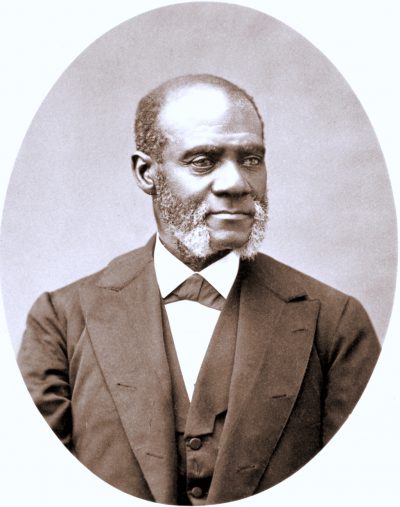 In 1843, while rising in abolitionist circles, Garnet delivered a speech at the National Convention of Colored Citizens in Buffalo, NY–a speech that grounds Black progress and liberation in “the soil which you have cultivated with unrequited toil and enriched with your blood.”1 He addresses his “Brethren and Fellow-Citizens,” bestowing upon U.S. slaves a symbolic gesture toward political enfranchisement.2 He declares: “Forget not that you are native-born American citizens…and justly entitled to all the rights that are granted to the freest.”3 Black liberation is thus intimately linked with place and birthright. However, running tangent to the curve of organic liberties is the protestant-capitalist imperative: “you must act for yourselves.”4 Garnet’s struggles over the next two decades would be, in a way, an attempt to define this act.

By 1849, Garnet was “in favor of Colonization in any part of the United States, Mexico or California, or in the West Indies, or Africa, wherever it promises freedom and enfranchisement.”5 In the fall of 1852, after visiting England, Germany, Scotland, Ireland, and France, and exhorting Europe to boycott American cotton in the South, Garnet moved to Grange Hill, Westmoreland, Jamaica. In Grange Hill, Garnet worked as a missionary on behalf of the Scottish Presbyterian Church.6 In 1853, Frederick Douglass’ Paper published a letter on his behalf encouraging free Blacks to emigrate. Garnet presents “the creole” as “naturally indolent,” claiming that “the planters are anxious to get…our people’s industry and ‘go ahead’ enterprise.”7 That same year, Garnet wrote that the “fruitful country is in ruins, morally and commercially. God is now settling a long account which He has against the people. Licentiousness prevails to a horrid extent.” And the women “need much instruction in domestic economy.”8 Garnet’s protestant, capitalist determination seems to have been his attempt to realize the act of immediate Black enfranchisement by any means available. By 1858, he was heavily involved in the African Civilization Society, an organization he founded. He urged “the introduction into that country [Africa] of lawful trade and commerce…and delivering the civilized world from dependence on the cotton raised in the Southern States by slave labor.”9

It was only with the start of the Civil War and the concrete possibility of Black peoples’ emancipation within the U.S. that Garnet began to distance himself from emigration. He is reported as claiming it “the most ridiculous idea of the times to suppose that men who had watered their native soil with the sweat of their unpaid labor should not cling to its beauties and taste its benefits when freedom came.”10 The evolution of Garnet’s political ideology toward emigration was deeply rooted in the changing tides of Black progress in America.

Check the map below to explore Garnet’s travels throughout his life.