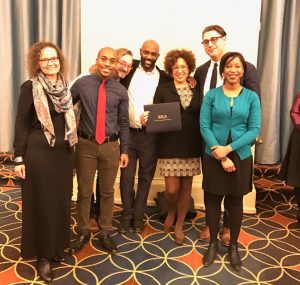 Awarded each even-numbered year, the prize is one of seventeen awards that will be presented on 7 January 2017, during the association’s annual convention, to be held in Philadelphia. The members of the selection committee were Alexander Gil (Columbia Univ.); Laura C. Mandell (Texas A&M Univ., College Station); and Elaine Treharne (Stanford Univ.), chair. The committee’s citation for the winning book reads: The Colored Conventions Project, a superbly innovative and significant project that deserves to be widely known, brings into the public domain documents that attest to nineteenth-century African Americans’ efforts to organize, seek legal rights, and effect change. With a clear and engaging construction, the project—founded by P. Gabrielle Foreman, Jim Casey, and Sarah Lynn Patterson and with the participation of many team members—has been developed with the user at the forefront of its design. It is original in its concept and content, broad in its range and in its reach, timely and thoughtfully conceived and has significant potential for expansion and further development. The project eschews canonical concerns and blasts open generic practices by introducing conventions as a subject of bibliographical interest.