The emancipation of over four million enslaved Blacks had ushered in a new era for Colored Conventions. The prohibition of Black political activity during the antebellum era had deterred southern Black leaders from organizing racial conventions until 1865. Thereafter, in the tradition of their northern brethren, Black southern conventions began efforts to reform education, suffrage, and various civil rights laws. –”Citizenship: Virtue and Politics in Antebellum Black Conventions” by Erica Ball 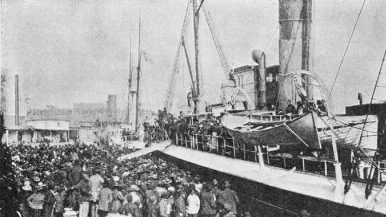 Largely due to the continued legality of slavery in southern states, the first southern Colored Convention did not take place until January of 1865. The end of the Civil War brought new hope and opportunities for social and political organizing into the lives of Black southerners. Charting Colored Conventions from just after the Civil War in 1865 to the Exoduster Movement in 1879, this exhibit uncovers the patterns and trends of postbellum southern Colored Conventions. It also centers on states that were home to a high number of recently freed individuals after the Civil War, including Alabama, Arkansas, Florida, Georgia, Kentucky, Louisiana, Mississippi, North Carolina, South Carolina, Tennessee, and Virginia.

After exploring the data and narratives of southern Colored Conventions, you are invited to explore detailed biographies of critical people and places significant to these conventions. These biographies address the stories of delegates, emigrants, and the cultural importance of locations and institutions associated with the conventions.

This exhibit concludes with a topic that Sanderfer suggests is especially significant to southern Colored Conventions—emigration. The discussion of emigration endured long after antebellum emigration debates over African American survival in the US. The years following the Civil War saw masses of southern African Americans choosing to settle in other places including Canada, Kansas, and Liberia.