For Generations to Come: Southern HBCUs and their Colored Conventions Roots 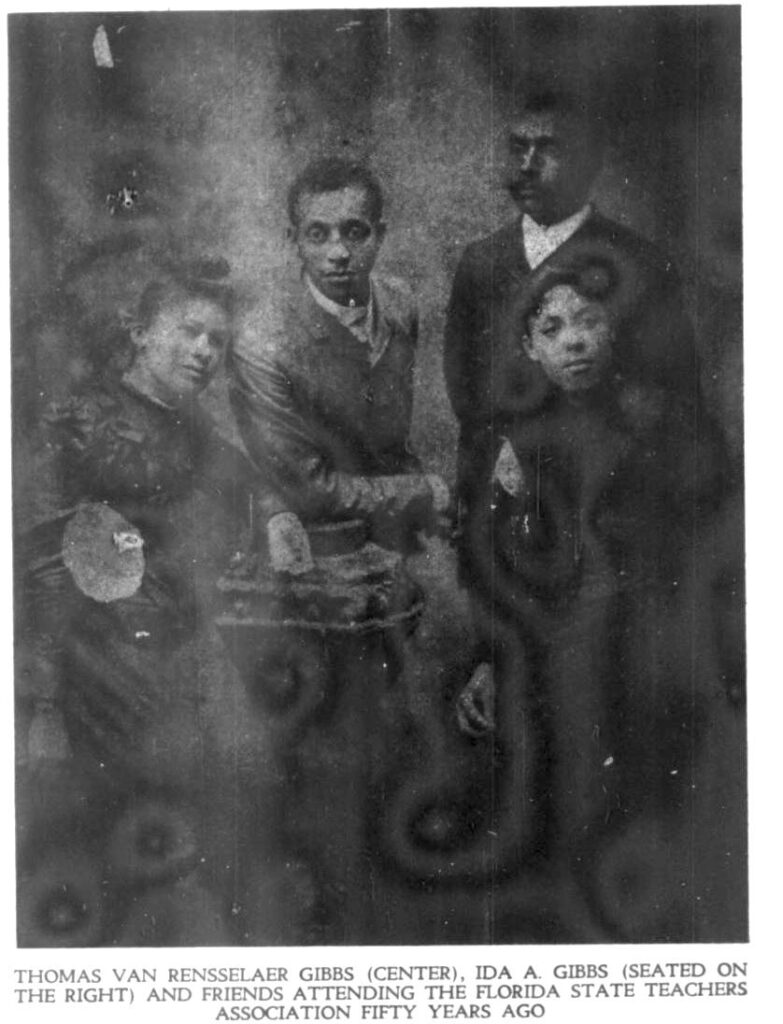 In 1947, C.G. Woodson published an article on the Gibbs family, including several family photos. Here Thomas Van Rensselaer Gibbs and Ida A. Gibbs pose with friends at the Florida State Teachers Association ca. 1897.

Ambrose Headen, William Savery, Jonathan Gibbs and  Thomas V. R. Gibbs founded institutions, which their children attended. School catalogues, census records, obituaries, and other records provide evidence that their descendants attended other Black institutions as well, testifying to the tightly knit network that binds HBCUs all over the country.

According to 1874 Catalogue of Talladega College, Ambrose Headen Jr. was a third year college prep student, Nannie Headen was a first year Higher Normal student, and Kate Headen was a Normal College Second Year student. One of Headen’s children became head of an academy [1]. Joseph and Mary Savery were in the intermediate department and Cicely Savery (later known as Cicely S. Gunner or Mrs. Byron Gunner) was in the primary department. [2] 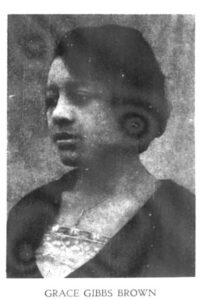 ), was born on October 4, 1892 in Tallahassee, Florida. She attended Florida A&M University, most likely in the Model School. After her father’s death, she was raised by her cousin Harriet Gibbs Marshall, founder of the Washington Conservatory of Music, and attended DC Public Schools. Gibbs Brown received her B.S. in Education from North Carolina A&T State University in 1939. She taught at David D. Jones Elementary School in Greensboro and retired in 1958. She married Chase Kerr Brown on June 5, 1918, and they remained married until he passed on January 6, 1961 [4].  She passed away on August 23, 1993 [5].

Johnathan C. Gibbs III, named after his grandfather, became a doctor and had three children with Catholine Allen who all attended Howard University [6]. His daughter, Phyllis Elizabeth Gibbs, obtained her master’s at Columbia University and taught at Morgan College for a year. She then married Attorney J. D. Fauntleroy and moved back to Washington, DC [7]. She published Linking the Gibbs Chain (1995) and wrote an unpublished essay on her great-grandfather Jonathan Clarkson Gibbs titled, “An Essay on the Life And Times of Rev. Jonathan C. Gibbs of Florida, 1821-1874.”

Harriet Catholine (Gibbs) Russell, Jonathan C. Gibbs III’s other daughter, was born on March 20, 1921. She attended Barber-Scotia Jr. College in Concord, North Carolina, and received her bachelor’s degree from Howard University in 1944, both historically Black colleges. She also completed her doctoral equivalency in Administration and Supervision at William Paterson University. She became the first Black teacher in Passaic, New Jersey, and devoted over 40 years to early education. She retired in 1986 and received numerous honors for her work as an educator. She passed on April 3, 2004 [8]. 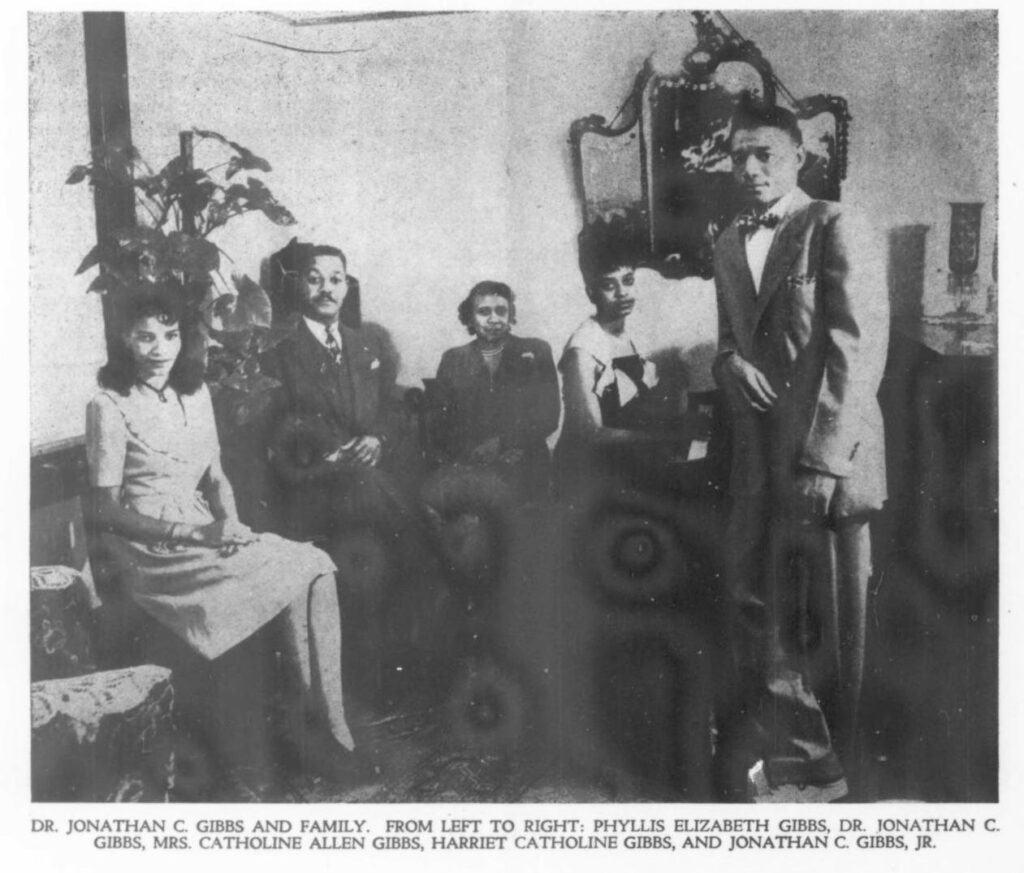 The Gibbs family pictured in the 1940s, appearing in C.G. Woodson’s 1947 article for the Negro History Bulletin.

The Black founders and early supporters of Talladega College and Florida A&M University paved the way for their future generations to get an education. Educational activism was, by all means, generational, as the descendants of founders trained to be educators in various fields.