FOR GENERATIONS TO COME: SOUTHERN HBCUS AND THEIR COLORED CONVENTIONS ROOTS​ 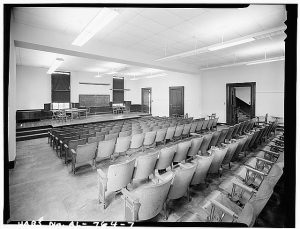 Talladega College was founded in 1867 as a result of the 1865 Colored Men’s Convention held in Mobile, but to understand the history, we need to travel back more than a decade before the Civil War. In 1853, William Savery and Ambrose Headen, both enslaved, were directed to construct a schoolhouse for the Coosa River Baptist Association [1]. The irony was that they were made to build a school that their children would not be allowed to attend.

After the Colored Convention meeting in 1865, the same William Savery and another recently free man, Thomas Tarrant, worked with General Wager T. Swayne of the Freedmen’s Bureau to construct a schoolhouse for Black children in Talladega. Leonard Johnson, formerly enslaved person who most likely educated himself in secret, became the school’s first teacher. Before securing a schoolhouse, Johnson taught students in the home of David White Sr., also formerly enslaved. Very soon, the number of eager pupils exceeded how many students the building could hold, and they were forced to seek larger accommodations. As noted, at the end of the war, African Americans immediately strategized toward education, knowing that it is tied to full citizenship.

In 1865, the Baptist Academy that William Savery and Ambrose Headen had helped to build in 1853 was for sale. General Swayne persuaded the American Missionary Association to buy the building and additional land for $23,000 [3]. As Talladega College’s website poetically states, “Thus, a building constructed with slave labor for white students became the home of the state’s first private, liberal arts college dedicated to servicing the educational needs of blacks” [4].

The 1870 Circular of Talladega College shows that there were three departments: Normal, Preparatory, Primary, and Agricultural Department. All male students “belonged” to the Agricultural Department as labor served as the main way students paid their financial obligations to the institution. The Normal Department held courses in advanced maths, science, pedagogy, history, and philosophy. The Preparatory Department held courses in higher maths, classic languages, and history [5].

Once the Baptist Academy building was purchased, the AMA renamed it to Swayne Hall, and it remains the oldest building on campus. The 1870 Circular states that the first story houses the Chapel and two rooms for the Primary Department, the second story houses school and recitation rooms were for the Primary and Secondary Department, and the third floor houses private rooms were for young men [6]. There was not a building named after the Black founders until well after their death with the dedication of Savery Library in 1930s. This begs the question: how and why were Black founders marginalized in the historical record?

[6] Circular of the Normal and Preparatory Departments of Talladega College, p. 5.